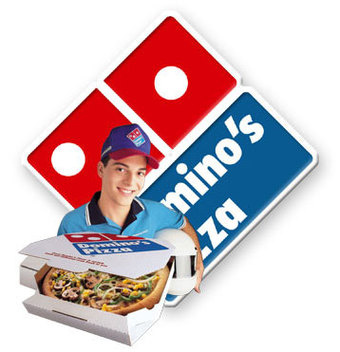 You cannot invest in the past, only in the future, and predicting the future based on the past usually doesn't work.

The media is at it again.  The shouting guy, in a recent article, states that stock-picking isn't dead and points to the fact that Domino's stock has gone from $10 a share to $200 a share in recent years as an example of why stock-picking can outperform the market.  Once again, when I read this I fell out of my chair laughing.

Once again, we have the time machine conundrum. The shouting guy is looking backward in time to show that, if you picked a particular stock seven years ago, you would have made a lot of money.  And that's great if you can go back in time seven years and pick that particular stock.  But if you picked a different stock then maybe you'd be out some money, or maybe not have made as much.

Using this "logic" disco records are a good investment, based on previous performance.

One of the classic gambits that con-men and shysters like to use in selling crappy investments is to look backward.  They say, "look at this stock, it's done so well the last five years! Obviously it's got nowhere to go but up!"   But the previous history of the performance of a stock is no guarantee of its future performance, and in fact, usually when a stock has shot way up in value that usually means it's probably peaked.  Again, once the financial media gets ahold of a stock and starts talking about it, chances are it's too late to get in on the party.

And then there is the issue of start and end points.  Goldbugs love to tout how well gold did over certain time periods - but conveniently neglected the nearly 25-year period from 1981 to 2005 when it basically remained flat.

And it's not just stocks, either.  It could be anything such as gold or even Bitcoin, which is the popular thing they're all talking about now.  These are all things that would have been great to buy five years ago -  if we had our time machine working.  It's always great to look back at things in retrospect and say, "Gee, I should have invested in that!  I could have made a lot of money!"

And for some reason people understand that - they get that you can't go back in time and pick the winning numbers for the Powerball.  Smart investors realize that buying lottery tickets is for idiots, as you cannot predict in advance whether your ticket will win or not, and in fact the odds are very long that your ticket will be the winning one.

But for some reason when it comes to stocks and other investments, people seem to think that you can know in advance which ones are going to skyrocket simply because some stocks went up in value in years gone by.  But this is no different than the lottery ticket example.  Somebody always ends up winning the lottery, that it doesn't necessarily mean that you're going to win it.

What the shouting guy is saying is idiotic advice of the first order.  And yet this guy has his own television show and gets quoted in the financial press on a regular basis.  This is a fellow who is a failed stock broker whose track record of picking stocks is horrific - a random selection of stocks would actually generate more income than his historic picks.  If you followed his advice, you'd be broke by now.

So why does the financial press publish articles like this? The reason why is they know what you want to read and what you want to read is that you can get rich quick by knowing insider secrets or tricks or tips.  But sound financial advice doesn't change over time.  Diversify your portfolio, put aside money in savings, (that's the real key) and wait over time.  Time is on your side and money compounds over time if you leave it invested in solid reliable things.

But a financial newspaper or channel or internet site that published that same advice, day in, day out, week after week, month after month, and year after year, would go bankrupt.  Nobody would click on a website that had the same advice over and over again or the same article from day-to-day.  But that would be the responsible thing for financial channels to do - but they can't do it, as they would go bust.

It's not sexy.  It's not interesting.  And no one's going to click on that article and watch the SUV ads that pay for the website and people's salaries, so the folks who run these channels can go home and pay their mortgages and buy food and buy new shiny SUVs of their own.  So instead, these financial channels and websites and periodicals publish sensationalism.  They're not in the business of giving you sound financial advice - indeed they are not your financial adviser.

Once again, the Levi Strauss effect kicks in. There isn't a lot of guaranteed money to be made mining for gold - but there is guaranteed money to be made selling shovels and blue jeans to miners.  The Shouting guy doesn't make money in the stock market, he makes money by being on television.   If he was making money in the market, he wouldn't be on TeeVee.   You don't see Warren Buffet hosting a television show, do you?

As I've noticed before, stock-picking is for chumps.   Take it from a chump - or at least a former chump - it just doesn't work.   It is risk-taking with something that you and I can't afford to take risks with - your very financial security.   And most people, including the shouting guy, stock pick their way into the poorhouse.  He's just lucky he has a cushy gig with his own TV show, otherwise he'd be dead broke by now.  And yes, when I was young, I tried to "stock pick" based on what I read in the financial press - it was a disaster, of course. The "insider tips" that the financial channels were sharing with me, were only shared with a few hundred million other people.   Not really insider tips, are they?

But I'm not just picking on the shouting guy.  The guys in the clown suits are still at it, publishing articles that you should buy this or that stock.  They send you clickbait articles that tell you about the "Next Big Thing!" to invest in or "The Great Global Selloff of 2011!" (which never happened) or what not.

Your financial future is deadly serious business.  Why would you put it in the hands of clowns and comedians?  Their shows and articles are for entertainment purposes only - they seem to make that quite clear in the way they present their information.

It's kind of hard to feel sorry for people who follow such advice.

Again, and this bears repeating indefinitely - if anyone had a "secret" to wealth or a stock pick, they would not share it with you, and they certainly would not publish it in the newspaper.   Secrets only work when they are secret - and there are no secrets, just common sense.   So why does the financial press publish stories like this?  Why do the financial channels tout these "insider tips"?   Who do people promise to tell you (or sell you) the "secrets" to wealth?

Think long and hard and the answer will come to you.   And no, the correct answer isn't "They altruistically want to help people succeed in life!" as one reader tried to convince me.  That answer isn't even close.
Newer Post Older Post Home