An Approach To Battery Appliances 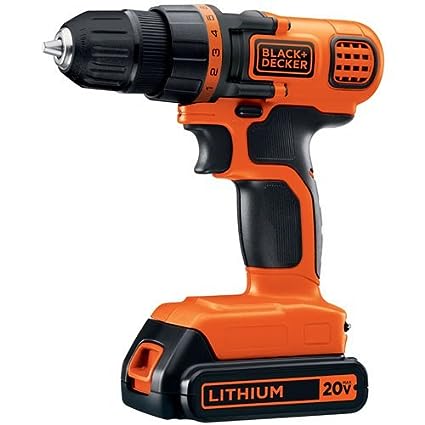 Lithium-ion batteries are great invention, but owning several different types of them is a pain.  Wouldn't it be nice if all the appliances in your home used the same sized battery?  You know, the way things were back in the day.

In the last decade or so, I probably have gone through three, four, or maybe even five battery-powered electric drills.  The problem with these things is that they cost very little - under $25 or so  -and thus when they wear out, it's a lot easier just to throw them away and buy a new one.

Often, it's the battery that wears out first.  At first, they work great and then the battery holds a charge less and less, until finally it doesn't work at all.  The batteries cost more than the actual drill with a battery, so there's no point in buying extra battery packs, even if you could find them.  The really cheap drills from China are usually never seen again in stores, a year after you buy one.

For some reason, the manufacturers of these devices have decided that the electric drill should cost $25 with a battery pack, but if you want an extra battery pack that'll be $36 just for the battery pack alone. This creates a situation where you're buying two electric drills just to get two battery packs, and throwing away one drill.  It's very wasteful.

My neighbor recently moved away as they were getting elderly and wanted to be closer to their children.  He had a Black & Decker battery-powered electric hedge trimmer that he gave to me. We have a huge Azaleas in the front yard that need to be trimmed about once a year.

It used 20-volt Black and Decker lithium-ion batteries, and he had two of them, including a high-capacity version and a standalone charger.  I left it in the shed and used it once a year to trim the hedges.  Then our leaf blower died and I was looking for a battery-powered one online.  I thought about all the different kinds of makes and models and then I realized I already had two 20-volt battery packs for Black & Decker tools.  So I bought a Black and Decker battery-powered weed trimmer and leaf blower which came with an additional battery pack.  So now I have three 20-volt battery packs.

While we were traveling at the camper, I was trying to use my older 18-volt electric drill to run the stabilizer jacks up and down. It didn't have enough torque to do this and I thought about buying a more powerful drill. Then it hit me that I could buy a Black and Decker drill and it would come with the same battery pack as I already had, and thus I could interchange the battery packs between these different appliances.

I found a drill at Walmart that came with two battery packs, so now I'm up to five battery packs for these four different appliances - the hedge trimmer, the weed eater, the leaf blower, and the drill.  I don't yet have the sawzall.  It's handy to have extra battery packs, as you can get halfway into a project, and the battery goes dead. Since it takes hours to recharge, you'd have to stop working, unless you have spares.

This also means that if one of the battery packs dies, I don't have to throw away the associated tool, as I have spare battery packs.

Brand X products are often a lot cheaper, of course. I bought the 18-volt electric drill at Harbor Freight for the astoundingly small price of $16.  Of course it's not a very good drill and the battery is already showing signs of not holding a charge.  I probably would have been better off putting that $16 toward the 20-volt Black and Decker.

Of course, I'm not kidding myself. These are consumer-grade products suitable for home use. And they are still fairly inexpensive and after three or four years they probably will end up going in the trash can as the batteries go dead or the motor is burned out.  It seems rather wasteful, but there's really no way of repairing these things.  The alternative of spending hundreds of dollars for so-called quality products that last longer is really not cost-effective in the long run.  If they break, they still can't be repaired, and you are further behind the 8-ball.

On the other hand, my neighbor had that hedge trimmer for quite a few years and I've had it for at least two, so it has been on the market a while, and Black & Decker hasn't changed their battery pack design in several years, which is promising.  Of course, that is the problem - once you sign on to a particular brand of rechargeable tools, you are locked into their "ecosystem" much as Apple users are.  You can't just change brands on a whim, as you have so much "invested" in the one brand.

That is, of course, unless Black and Decker does something stupid like change their battery design or no longer support the 20v packs.   At that point, the consumer gets pissed, and as the products one-by-one go to the trash bin as they wear out, the consumer has the opportunity to jump to a different ecosystem.  Design Patents last 14 years, so that gives you an idea about when B&D (and others) will change their battery pack design.

It would be nice if there was some standardization in these battery packs - much as we had with the old alkaline batteries - which came in D, C, A, AA, and AAA sizes.  Of course, those batteries, for the most part, were not rechargeable, and the cost of carrying different inventories of batteries would have exceeded the profits from trying to "lock" consumers into your battery ecosystem.  As IKEA found out the hard way, going to oddball formats (which they used to do with their light bulbs) is short-sighted.  No one wants to buy a product where you are locked into one supplier for replacement parts.

And I suspect that - if not already - these battery appliance makers will take a page from the HP playbook and insert chips into their batteries, so that the tools will only work with OEM batteries - and they will sue knock-off makers for "Copyright Infringement" in a manner that Copyright law was never intended to be applied.  Of course, HP no longer dominates the printer market, so like IKEA, their "gimmie, gimmie!" strategy sort of backfired over time.

We'll see how it plays out.  But for now, it is kind of handy to have the same battery pack for different appliances.  If it would only fit the Bissell!
Newer Post Older Post Home