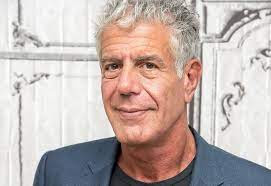 When you become super-rich, it is tempting to surround yourself with yes-men.

One problem with being an attorney is that you often have to give hard advice to clients.  No, you can't dump toxic waste on your neighbor's land.  Sorry, but you can't pay off a judge to look the other way about your son's rape charges.  And no, you have to pay taxes on income, even if you think you don't.

As a Patent Attorney, the conversations I had with clients were far less dramatic.  Sorry, you aren't getting a Patent - someone else invented that before you.  But it is the same problem - you are paid to give advice to people, and if they don't like your advice, chances are, they will seek out someone else who will tell them what they want to hear.

So "Dr. Feelgood" prescribes drugs for his Hollywood clients - and ends up killing them.  They were paying him so much, he couldn't afford to say no.  And if he did say no, the celebrity would "doctor-shop" until they found someone who would say "yes."

What got me started on this, was I finally finished reading the "oral history" of Anthony Bourdain - and how is life ended was not unlike Elvis, Michael Jackson, or Prince.  He surrounded himself with yes-men, acquired his own Yoko Ono (who had ideas on how to improve the show!) and when she was caught by tabloid photographers messing around with another guy, he impulsively hung himself.  The people in his life who told him he wasn't all that or to get off his high horse were all tossed aside, as he could afford to do without them - or so he thought.

(Of course, Bourdain invented the whole genre of the "celebrity bad-boy chef" and thus created by extension, the likes of Gordon Ramsay and Guy Fieri.  No wonder he killed himself!  The guilt!)

That is the advantage of not being rich.  If you are of modest means, you have to deal with a spouse or family or friends who sometimes tell you things you don't want to hear.  When you win the lottery, you end up with "new friends" who all think you are great, provided you toss small sums at them once in a while, like Elvis did.

Elvis had an "entourage" of hangers-on who he liked to surround himself with.  People who never said "no" to him or said anything to piss him off, as they wanted to stay on the gravy train, such as it was.  In one storied incident, Elvis became enamored of the Chevy El Camino mini-ute pickup truck and went out and bought one for every member of his entourage.  While the boys appreciated his gifts, many of them were just scraping by on the tidbits that Elvis threw their way now and then.  Most of them had to sell the cars and keep it a secret from Elvis, lest they summon his wrath.

People are willing to sell their soul - for a lame-ass wanna-be pickup truck.  It's kind of sad.

But maybe there is a ying-and-yang aspect to this.  People fly high - like Icarus, too close to the sun - and meet their downfall.  The super-rich don't stay super-rich for long, if they squelch any contrary opinions.  And of course, some types of drugs - such as cocaine - amplify this effect.  When you are on cocaine, or amphetamines, nothing you do seems wrong.  In fact, everything you do seems super-right and if someone tells you otherwise, well, they are the problem, not you.

When someone lives like that their entire life, the problem is even worse.  Bourdain sort of did whatever he wanted to, most of his life - becoming a drug addict, celebrity chef, television personality.  But at some point, he did have to deal with limitations, if not just that of his own body.  Others, like Elon Musk or Donald Trump, were literally born with the silver spoon in their mouths.  They were rich from birth and did what they wanted to do, with little or no consequences for their actions.  "When you're famous, you can grab 'em by the pussy!" as a wise man once said.  People are kind of getting tired of that level of entitlement, though.

The problem for such folks, however, is that eventually the system catches up with them, and the longer they go their own way, the stronger the push-back.  Rubber-band theory raises its ugly head.  For Hitler, it was invading Poland.  For Musk, it was trying to buy Twitter.  For Putin, it was invading Ukraine.  For Trump, it was January 6th.  For Elvis, the fried peanut-butter-and-banana sandwich.  For Michael Jackson, it was young boys.  For Prince, it was fentanyl. For Napoleon, Waterloo. You can get away with only so much, but these sort of folks sow their won defeat - perhaps subconsciously wanting to destroy themselves.

We "little people" have fewer problems in that regard.  There is always a nagging spouse, parent, friend, or boss who will remind you that you are not all that.  Before you can invade Poland, they pull back on the leash.

So, maybe not being famous and rich isn't such a bad deal after all.  I mean, who wants to die of suicide in some bunker while your world crashes down around you?