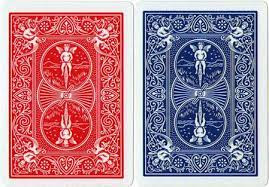 If you want to make something look more important than it is, embellish it.

Playing Cards.  Beer Labels.  Booze Labels.   Currency.  They all have something in common - they are embellished and decorated in a mesmerizing fashion to make them appear more serious and important than they really are.

I was thinking about this while perusing the alcohol aisle at a Missouri WalMart.  As you know, Juame Serra Cristallino sparking Cava is still my "go to" beverage and we buy it by the case.  But recently, Walmart has introduced a line of "Winemaker's select" wines, and their sparkling wine, at $4.96 a bottle (take that, inflation!) is a good deal.  If you are in Bolivar, Missouri, don't bother - I bought every bottle they had.  Well, I left two as a token gesture.  It's like their Woven Squares wheat crackers - when you see them in stock, you buy every damn box (which usually means, all three).

But looking around, I realized there were a plethora of brands of beer, wine, and liquor, and the labels and names of many are quite embellished and decorated - particularly those aimed at the youth market. As a young adult, the mysteries of alcohol seemed deep - and learning all the different cocktails and liqueurs seemed so "adult" at the time.  Sounds a lot better than the idea you are pouring an industrial solvent and nerve poison down your gullet.  It's got botanicals!

Look at the label of a pedestrian can of Budweiser sometime.  You probably can recite the banner text from heart, if you spent many hours of your youth at the kinds of places that served Bud in cans and you played pool for 25 cents at a time:

This is the famous Budweiser beer.
We know of no brand produced by any other brewer
which costs so much to brew and age.
Our exclusive Beechwood Aging produces a taste,
a smoothness and drinkability
you will find in no other beer at any price.
It's like Haiku - poetry.  And many a beer-goggled drunk has read this label and said to themselves, "damn, this is fine beer [hic!]" before power-vomiting in the bar toilet.
We used to buy cases of "ponies" - sturdy reusable green bottles of Rolling Rock "Old Latrobe" from Pennsylvania.  The back of this bottle contained this inexplicable verse:
Rolling Rock
"From glass lined tanks of Old Latrobe,
we tender this premium beer for your enjoyment as a tribute to your good taste.
It comes from the mountain springs to you."
"33"
Wow. (Quote signs are in the original).  What mystical poetry that only a drunk could appreciate.  And what does "33" mean, anyway?  It is like the mystical eye in the triangle on the pyramid on the dollar bill.  Serious Mason shit, that's what that is, I tellya what!
Playing cards are similarly embellished.  There really is no reason why a "Bicycle" playing card has all that graphics on the back side - naked angels riding penny-farthings, surrounded by spirograph lines.  All that is to distract you from how plebeian and simple card games are - and the fact you are losing money.
Now, granted, some of this tomfoolery has a purpose.  The fine lithographic work on the dollar bill was supposed to help thwart forgers, who didn't have access to the geometric line scribing machines that the Federal mint had.  But that doesn't explain the strange Masonic symbolism on the dollar bill, or the weird fonts, slogans, and whatnot.  It is designed to be intricate, because intricate is serious.
You see this all the time in Victorian architecture and machinery.  The whole |"steam punk" genre is a celebration of this era when decoration often supplanted Engineering in terms of design ethos.  Don't know how to calculate the stresses on a bridge?  Well, then, add some ornamentation to it!  Even something as functional as the connecting rod of a steam engine piston had to have the image of the queen embossed upon it, otherwise it wouldn't work!
Methinks the "engineers" at the time used this distracting decoration to make the technology seem more advanced and safer than it actually was.  Surely this bridge is sound and this locomotive is safe - look at all the bric-a-brac embellished upon it?  Never mind safety features - you can't see that, even if it existed.
Casinos use the same mentality - they are over-the-top in terms of distracting design elements.   Hey, why not add a "waltzing waters" fountain or maybe a miniature Eiffel Tower?  Pyramids at Giza?  Sure thing!  The message is simple and clear:  This is something important and serious - it has to be, look how ornate it is!  And hey, if a business looks successful, then it must be a good bargain!  How else would they stay in business?  It's all about selling the sizzle.
Rulers have known this since time began.  As Monty Python put is, "How do you know he's the king?  He's not covered with shit like the rest of us!"  So royals from the beginning to today, ride in royal coaches that look like something from a cartoon and wear gowns, capes, and crowns that are designed to wow and impress - although anyone can go to a costume shop these days and put on similar gear that would be indistinguishable from 10 yards away.
So what's the point of all this?  Well, once again, the marketing types are trying to bamboozle us into thinking something is more important than it really is.  Whether it is intricate decorations in the labeling and packaging, or impenetrable jargon and terminology than you have to learn, just to be "hip" with the latest product, the idea is the same - get you to think it is far more important than it actually is.
They try to mesmerize us - to distract us from the underlying bargain.  The "sexy" new car has "tortured" sheet metal (as we called it in the industry) which looks functional and serious, but is not - any more than the tortured headlights that adorn most cars today.   You can make something look important and expensive simply by making it look complicated.  I'm looking at you, Chevrolet - who decided to make the ugliest pickup trucks on the planet?  It's like different people designed the front, the sides, and the back.  But it is ornate and "serious" looking - at least to some people.
Don't fall for design distraction.  Putting gee-gaws and dagmars on a product doesn't make it better, more "luxurious" or "professional grade."  It just distracts you from the underlying bargain.
UPDATE:  A reader writes, noting that "cheap" products are often demarcated by plain packaging, such as the "store brand" packaging that Walmart and other stores use - often for the same exact product in the "name brand" package.
Perhaps this has two intended effects.  First, the bargain-seekers seek out the "plain" packaging as a sign of thrift and value.  But I think a second effect is more to the point:  The "plain" package in your cart or on the conveyor belt (or in your pantry) screams to the world that you are "poor" - and people care more about what others think about them than what they think about themselves.  And brand-name products are a way many people establish their identity and also social status.  See, e.g., Apple products.
Of course, every recession, we see "generic" products become more popular.  In the early 1980's, it was a big deal.
Newer Post Older Post Home