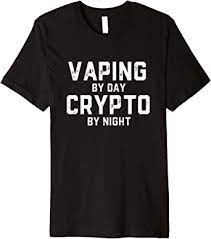 When you see something being sold in poor neighborhoods, it is probably a "poor" bargain!

We were driving through rural Arkansas and saw many a sign for gun shows, or pawn shops hyping that they sold guns and gold (or bought back same, for half-price, of course!).  The funniest, I thought, was a vaping store that advertised that they sold "Crypto!"

Of all the things an impoverished redneck doesn't need...

I recounted before how during the last recession, people were unloading guns (no pun intended) for half what they paid for them.  They went out and bought an AR-15 because, you know, crime and all, and after a decade of it sitting in a closet (loaded of course, where the kids can find it) they realized they spend a thousand dollars or more on what is, in effect, a paperweight.  No one was busting into their dilapidated trailer to steal their precious collectibles.

But again, you see this all the time in impoverished areas.  A run-down trailer or house with "NO TRESPASSING!" signs all around it, or, as we saw at one house in Missouri (that upon initial inspection, appeared abandoned), "TRESPASSERS AND THEIVES [sic] WILL BE SHOT ON SITE [sic]!"

The less someone has, the more paranoid they are about it being taken away.  So they cling to rusted-out old cars that stopped running during the Reagan Administration.  Then they tell poverty stories to their friends how their rusted-out collection of mediocre cars will someday be worth millions.

But they won't.  The common denominator is that poor people "invest" in things like gold, crypto, and guns and then later on - when they need the money - they sell them for half what they paid for them (the real market value).  Worse yet, they sell them to make payments on a credit card, which is where they charged the purchase to begin with.

It would be funny if it wasn't so sad.  And things like vaping and tattoos and piercings just add to the pile.  You could argue that there is nothing inherently wrong with these pursuits (except maybe vaping, which can destroy your lungs) but they are things that are unnecessary to daily living and really a burden if you are living "paycheck-to-paycheck" as so many claim to be doing.  And yes, in these same neighborhoods are liquor stores with bars on the windows, selling pints of booze - right next to the payday loan place.

But like clockwork, people defend these practices and businesses - often the very victims themselves or people claiming to be sympathetic to the poor.  More than once I have read, in "liberal" publications, that the poor need payday loans, as no one else will lend to them, and they need to borrow on their paychecks to put food on the table.   As if turning $1 into 50 cents somehow feeds your family.

Similarly, many on the left claim it is "poor shaming" to call out someone who has $10,000 in tattoos but complains they will "never be able to pay off" their $25,000 in student loans.  Sadly, unlike a gun or a bar of gold, you can't pawn a tattoo.

The point is, the poor are poor not only because they are exploited by the rich, but because they make poor decisions which makes them easy to exploit by the rich.  And in terms of changing behavior or changing society, I see only one realistic and achievable path for most people.  We can wait for massive social changes and hope they don't screw us further (as revolutions tend to do) or we can change our own lives.  In terms of what is do-able, the latter is far easier to achieve.

No one is pointing a gun at your head and saying, "drive ten miles to McDonald's for breakfast!" - and yet, I see people do it, every day, in campgrounds and neighborhoods across America.  Not only is it a horrible waste of money, it is a horrible waste of time.   Similarly, no one points a gun at your head and says "get a tattoo instead of paying your credit card bill!" - yet so many do and then claim to be victims of the "system."

You drive through poor neighborhoods like that - in rural Arkansas or the ghettos of the city - and you see these raw deals being presented and you know the reason why these stores and shops are there.  People are lapping up these raw deals, in droves.

And apparently, that is the fault of us who do not.