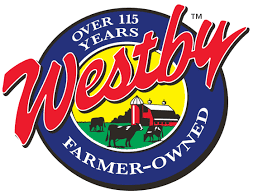 When you think of Wisconsin, you  think of cheese.

Traveling through Western Wisconsin, you end up going down a lot of rural highways.  Oddly enough, many of them seem to be better paved than the Interstates, which are concrete and have annoying expansion joints.

But low-and-slow is the way we like to go, and it is more fun to drive down these 55 MPH secondary roads, coming into a town every so often.  And in each town, it seems, was a dairy co-op and a cheese store.  So naturally, we had to stop in and buy some cheese curds - among other things.

There is, of course, an official "Cheese Trail" but that is for ATVs, not cheese sampling.  Many other States have "trails" to promote local products.  Virginia has a "Wine trail" and a "Beer trail".   Kentucky has a "Bourbon trail."  It would seem natural that Wisconsin should have a cheese trail.

Of course, Wisconsin isn't known for exotic cheeses, but rather for its large orange bricks of "American" cheddar, which is a mystery to most Europeans (why is it orange?).   A lot of Americans think that "real cheese" is supposed to be orange.  We've got a lot of work cut out for us in this country.

What was interesting was that each of these cheese factories and stores were cooperatives - owned by the farmers who raised the cows and produced the milk.  Some might say that smacks of socialism or even communism - but you'd better not make that talk in Wisconsin!