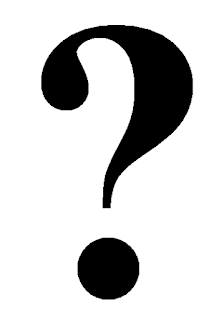 I am not an advice columnist, nor do I have the answers to anything.

I wrote several times expressing the basic idea that I am not an advice columnist.  I write for my own enjoyment, as sick as that sounds.  I can type about 110 wpm, which is about as fast as I can think - perhaps faster, these days.  So, ideas come into my head - often late at night - and I feel compelled to write them down.

If you find this amusing, great.  But I would not take advice from me, anymore than I would take it from someone selling "stonks" or "crypto".    Well, at least those folks are up-front about being crooks - they are the professional wrestling of investment.  It's all fake, fake, fake.

It struck me, though, that a lot of what seem to be the unanswerable questions of our day will, in fact, sort themselves out, as nature abhors a vacuum, and systems that are out-of-balance end up balancing themselves out, over time.  Of course, a lot of people could be hurt or killed in the interim.

For example, in the 1930's, people said, "what are we going to do about this Mr. Hitler?  He seems a little off - screaming in his speeches about the Jews.  What can be done?"   And of course, no one in politics wanted to take a stand on the issue as the world was still licking its wounds from an earlier World War, and no one wanted to start another one.  But eventually, push came to shove, and equilibrium, such as it was, was restored.  Of course, if action could have been taken sooner, many lives would have been saved.  But hindsight is always 20/20.

There are some people today who think, "Suppose the Nazis won the war?  What would the world be like under Nazi rule?"  And yes, some people who weren't even born in that century, think that might be keen, as the Nazis had cool weapons and snappy uniforms, something-something holocaust.  But of course, it is a stupid question - we know now that the unholy kleptocracy of the Nazi regime was not stable enough to maintain the war, much less rule the world.  They pretty much ran out of airplanes early in the war, and once they lost control of the skies, it was pretty much game over.  Ditto for the Japanese.

Perhaps the same is true today.  A lot of online trolls like to use Whataboutism to compare our invasion of Iraq and Afghanistan to Russia's invasion of the Ukraine - and widely touted plans to "take back" its former satellite states.  And while that argument has a point, the difference is, I think, that we had no intention of annexing those countries as vassal States of the United States.  And the upshot, of course, was, our attempts at "nation-building" failed miserably.  You would think, after the Soviets failed in Afghanistan, we would have learned a lesson there.  But we didn't - and neither has Putin.  The Russians will keep throwing conscripts into the meat-grinder that is Eastern Ukraine, and keep slaughtering civilians with random missile strikes on the rest of the country.  But over time, Russia will run out of men and materials and the average Russian, despite the propaganda, will realize that maybe those Ukrainians have other ideas than being part of a glorious resurgence of Russia.

Speaking of propaganda, maybe the system is equalizing there as well.  After years of weirder and weirder far-right propaganda, it seems Americans might be turning away from Qanon, Fox News, and Sarah Palin.  Yup, even in conservative, preparing-for-the-end-times-Ted-Kazinsky-Cabin Alaska, people have had enough.  Well, that or they were too dumb to figure out ranked-choice voting.  "Well, let's see, I guess I put down who I think will come in first, and who should come in second... that's how it works, right?"

Or maybe people are getting sick and tired of polarizing politics and realize that the end of the world is not nigh because some drag queens are putting on a "brunch".   How weird that a television show about drag queens gets boffo ratings and apparently is accepted, but brunch is a no-no.  Not that I am into drag queens - they scare me, quite frankly, although a good drag show can be quite entertaining.  Even a bad show...  But I digress.

The point is (did I have one?) is that whether Alaska's sole representative in Congress will be a Democrat after November remains to be seen.  It is interesting that a Democrat won this seat for the next two months.  Whether that is a bellweather is uncertain.

Similarly, this transition into a fantasy world of conspiracy theories, election "fraud" and Qanon might be starting to ebb - let's hope!   Or, it could just be the start of a descent into chaos and madness where more and more people are hurt or killed in the name of nothing whatsoever.

But eventually, equilibrium will be restored.  Qanon is not a viable form of government any more than Nazism was.  Extremist solutions never seem to last long.  Society and civilization demands certainty and predictability in everyday living.  Our society functions only because a huge number of people, every day, voluntarily work toward common goals.  Maybe the "Sovereign Citizen" movement sounds appealing to rustic, self-reliant folks, but the reality is, you can't whittle a cell phone out of a hickory stick.  People want to "live off the land" in places like Idaho or Alaska, but have their manufactured goods flown in every month by bush plane.  And those manufactured goods require the cooperation of people all over the world to make.

And perhaps that is where the push-back is coming from today.   While corporations have enjoyed their record profits and low taxes, the instability of modern politics is troubling - and spells trouble for our economies, worldwide. Sure, if you're the Koch brothers, you want to sell as much oil as possible.  But eventually, we end up drowning in our own pollution - soiling our own cages - and something has to give.

They are talking about putting solar panels over the huge irrigation canals in California - to alleviate evaporation losses and generate electricity.  And of course, there is an outcry on the Right that the government is "choosing winners" (not the winners the Right wants) and the whole thing is a waste of money.  But if you look at our economy, much of it is a waste of money - we spend hours every day doing things that seem to have no reason.  We build roads and buy cars so we can drive to an office building and work on the same computers we have at home.  Many folks are starting to question whether this is, in fact, make-work.  We spend billions of dollars on weapons systems to slaughter one another and no one asks what the "payback" of a missile system is, or whether we are "choosing winners" by contracting out to Boeing and Lockheed.  We build rockets to the moon and giant space telescopes which have no real purpose, other than to satisfy our curiosity.

Again, equilibrium will be reached - but it make take time, and often the longer you wait, the worse it gets.  Maybe if we had moved away from an fossil-fuel-based economy a decade ago, Europe would not be struggling with energy bills or having to dance to Putin's tune.  Maybe the climate would be a little cooler.  Perhaps.   I have no answers, just questions.

Sadly, our governments, worldwide, are not efficient things - and attempts at fascism and communism haven't worked out well, as an alternative.  The former Soviet Union was marked by one environmental disaster after another - drying up entire inland seas.  It turns out that "central planning" isn't the answer to the haphazard patchwork of democratic capitalism - it only means that the bad decisions of one man are forced upon millions.

But like I said, eventually something has to give.  People in Florida are getting huge tax bills and huge insurance bills as well.   A reader writes that they are "lucky" to live inland where their insurance is low and since they are homesteaded, their taxes are "only" $6000 a year (that's $500 a month!).   Sounds great, but I think I will stay in Georgia, where my taxes are $2800 a year ($800 once I turn 66) and insurance is less than $3000 - and that's living on a barrier island!  We keep thinking of returning to Florida, but two things prevent us from making the move - "Florida Man" and the cost of living there.  We would pay more to have less, in Florida.

The point of that post, of course, was that harping on "Social Issues" isn't going to win elections forever.  As Bill Clinton famously said, "It's the economy, stupid!" and ran on economic issues rather than social ones.  The GOP back then was stuck in "Moral Majority" and "War on Drugs" modes, and people were concerned more with the price of bread.  It seems today, the GOP is driving the same bus off the same cliff all over again.  Social issues are fine and all, but economic ones are far more important.

Again, getting back to Hitler, many in Germany credit him (erroneously) with saving the economy during the great depression.  Many supported him not because of his antisemitism, fascism, and warmongering, but because they felt a strongman could fix the ailing economy.  Of course, that same support utterly evaporated once he totally destroyed the country and killed millions of Germans.

The GOP needs to change gears and run on "It's the economy, stupid" but in the case of Florida, they can't.  They are so beholden to the lawyer's guild (which is something they accuse Democrats of, fairly) and these crooked roofing contractors, that they cannot actually do anything about it, even years into this "crises".  The average Floridian has his pocketbook looted and the booby-prize is some "don't say gay" law or banning books in libraries.

While hatred and grandstanding might get out a few votes, you can't eat it.  Eventually, something has to give.

Equilibrium will be restored.  A lot of people will get hurt - are getting hurt - in the interim.