A Carefully Nurtured Sense of Outrage 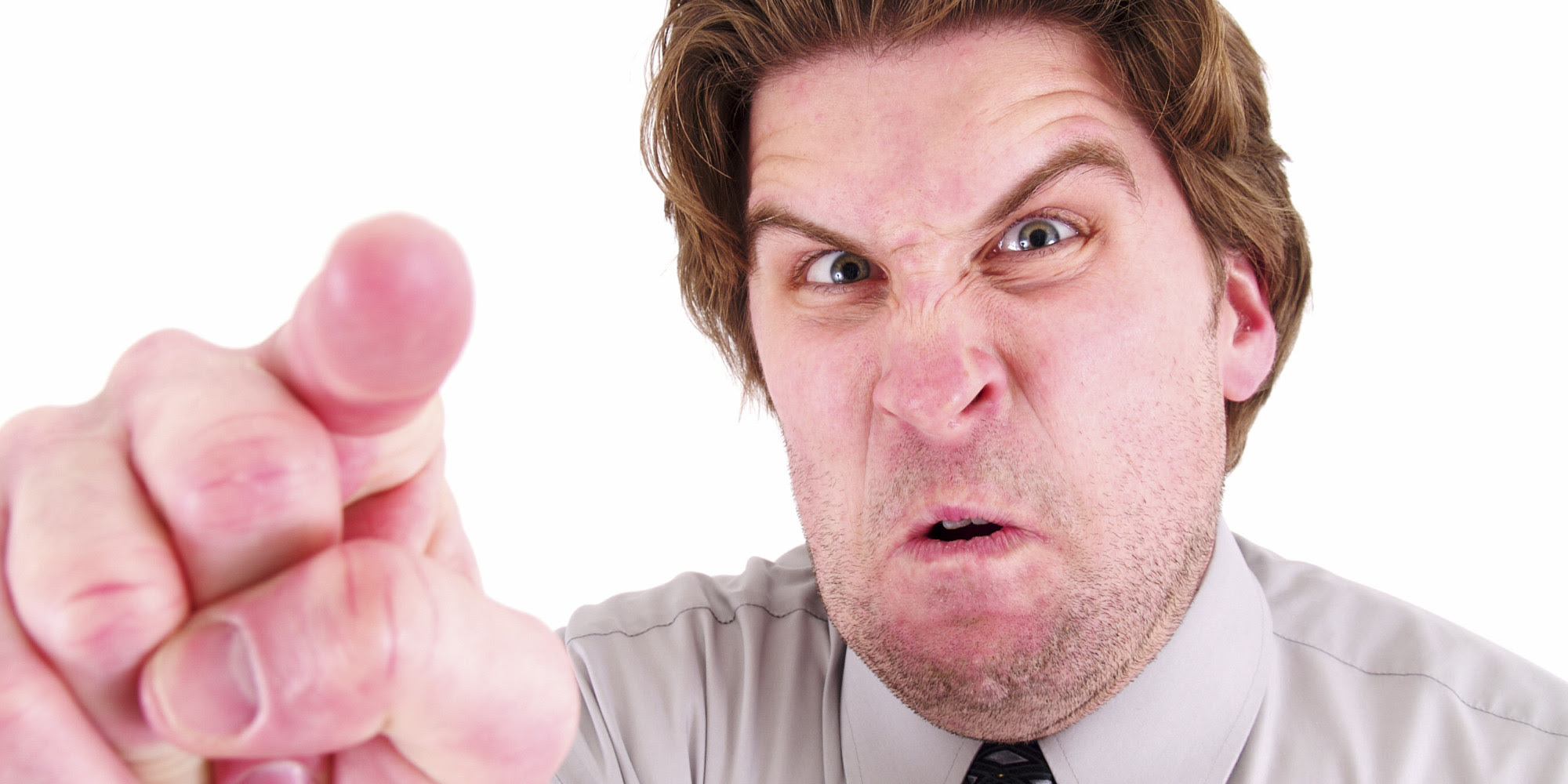 Many people waste a lot of time and energy nurturing a sense of outrage.  It may be a form of mental illness.

I was visiting a discussion group for people who felt they were abused by their parents.  What was interesting about the group was that few of the people seemed to want to move on from their experiences, but rather just bitch about them as the friend with the perpetual problem.

One youngster posited that he wanted to sue his parents for emotionally harming him in his upbringing.   I posited this might be a novel legal argument.  If such a thing were allowed, well, half the country would be sued at any given time.   The lawsuits would never cease and everyone would be bankrupted, except for child-less lawyers.

Another of the posters did seem ready to put the past behind her.  She did seem to want validation, however, by complaining about her past.   Her Grandmother left her engagement ring to her in her will.  Unfortunately, her Mother, who was a bit of a nutter, decided to keep the ring for herself and reset the stone in her own ring.  That was a pretty mean-spirited thing to do to your own child.

The bride-to-be decided to let it go and move on with her new life, a new marriage and a new family to form.

But other readers wouldn't let it go.   "You should sue her!" one said.  Another opined, "Well, the law is clear and simple, she owes you that ring and you should go to court and get it!"

I pointed out that in addition to the emotional damage you would be doing to yourself over a $500 ring, the costs of bringing suit would likely outweigh the cost of the ring.   Moving on and letting go were a much better idea, both emotionally and financially.

And like clockwork, I got the "you must not be much of a lawyer, because everyone knows that..." and of course, this is from people who aren't even lawyers at all.

They felt that the law was absolute and there was a "right" and "wrong" in the world and that every wrong must be righted by the law and unfairness should never exist.

And I realized that this is part of the problem many of these folks have, who claim to have "abusive" childhoods.   They feel they are owed a "perfect" childhood by perfect parents and then feel ripped off when they got crazy parents instead.  And that this wrong should be righted.

The reality is, we live in an imperfect world.  The cost of litigation insures that only the larger cases are ever litigated.   When small injustices occur in life, you just have to let them go.   And that is one reason why you should never sign up for negative option plans.  Small injustices like that are never righted.

And being angry all the time at injustice never solves injustice.  In fact, it lets the person who wronged you win twice by winning financially and emotionally.  Crazy Mom stole a ring.  Big deal.  You go and sue her, and she regales her friends and other family members on what a rotten daughter you are, and all you are after is "just the money" or whatever.   It is a lose-lose situation.

The best thing is to move on and leave the ring - and Mom - behind.   She can't victimize you in life if she isn't in your life.

I have come to realize this in my own life.  If you've read some of my stories here, you know that my family was anything but Leave-It-To-Beaver normal.   But, I realized growing up that parents are not perfect beings.   They are as flawed and crazy as anyone out there - including you and I.

Rather than harbor some grudge against them, rail against them, or expect some sort of "apology" or reconciliation (like in a Hallmark Greetings Christmas Special) the best thing you can do is move on with your life, be happy and successful, and minimize your contacts with people who upset you or are mean to you.

In that regard, I can forgive my parents for being human.  That doesn't mean I want to hang out with them or my drug-addled brothers.   That would just be uncomfortable, awkward, and they would make hateful comments.   I can forgive them, but I needn't be their punching bag.  There is a difference.

People who make a big show about "forgiving" another person to their face are often just trying to use forgiveness as a means of "winning" by saying, "Look at me, I am better than you, as I am giving forgiveness."  But in a way, that is really just being selfish and trying to win.  Forgiveness is something you give yourself by letting go of grudges and hatred and revenge fantasies.   Those are all dead-end things, so there is no point in harboring them.  Forgive and move on - to new people, new places, and new things in life.

Mom should be sued to give the ring back, and then and only then could justice be served and things made right.   But would they?  Think it through.  How would a crazy Mom react to such a suit?  Would it really bring family harmony?  Would you even get the ring back?   Would it really help your personal life or merely disrupt it further.   It pays to think these things through to their conclusion.

Coupled with this was a completely irrational expectation of the world - that it should always be perfect, that justice should always be done, and anything to the contrary was just not acceptable.

Sadly, as an attorney, I can tell you that the world is just not like that.   Our system of justice is far from perfect - but better than most.   One aspect of being a lawyer is accepting this - and still supporting the system.   In every case brought before a court, one party loses.  That party felt they were in the right and that justice was not served.  As attorneys, we have to deal with this, and understand that just because we don't win, doesn't mean the system is broken.

Right now, in Alabama, a judge is refusing to accept the results of a Supreme Court decision.   It is not that he has legal arguments to take to the Supreme Court, but that the result reached is not to his liking, so he believes the entire system should just be ignored.   This is, of course, unprofessional (in legal terms) and unethical (in legal terms).   Whether we agree with the results of the system, it is our job as part of it, to support the system, even as we argue to change it.

Lately, it seems, however, that many folks prefer to cultivate this sense of outrage.   If they don't get their way on everything, then they believe that the system should simply be ignored.  This is not only dangerous, but a waste of emotional energy for the individual.

I have mentioned before how people are outraged over this and that, and use these outrages as an excuse for their own personal failures in life.   "How can I worry about getting a job while that Obama is in the White House?" they cry.   Or whatever paranoid conspiracy theory or political theory you want to throw in here.

I live on Jekyll Island, where the Federal Reserve was formed.   It was formed because J.P. Morgan had to bail out the Federal Government on more than one occasion, and even he got tired of this and basically said., "Hey, I'll be dead someday, and won't be around to bail you out.  Maybe we need to work on Plan B."

And with all its flaws, the Federal Reserve is a better deal than relying on J.P. Morgan to run the economy.

Most of these complainers are not very bright people without two nickels to their name, usually because they plowed all their money (what little they had) into get-rich-quick schemes and now want to blame someone else for the fact that their Amway distributorship never amounted to anything.   I am not sure how people who never had much money to begin with could be impoverished by the Federal Reserve.  In order to be robbed, you first have to have something to be robbed of.

But they externalize, and use this as an excuse not to move on with their lives.

And in a similar way, these folks who want to obsess about their childhood upbringing are externalizing their problems onto their parents.   Rather than letting go and moving on from their traumatic childhood, they are intentionally festering the wounds and then rubbing salt in them - often staging confrontations with their parents (or worse yet, living with them well into their 20's) and then decrying the injustice of it all.

Growing up does mean you have to put these sort of things behind you.   Learning that the world is not a fair place is part of that.  It is not fair - but that does not mean you can't still get ahead in life.  It just means you can't always get what you want.