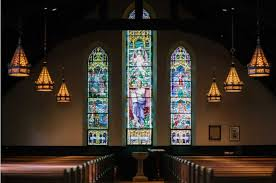 Donating money to a church may be a fine thing, but not at the expense of your personal well-being or that of your family!


I mentioned in a previous posting that some sites that link to this one are a little, well, whacked.   They claim to be financially frugal sites, but the stuff they promote is off-the-wall.  You can't spend your way to wealth, but on one site, members seem to be competing to see how much junk they can buy.   On another, the blogger posits that he has a "system" to beat the stock market, but his 20+ credit cards are all carrying a balance - yet he has to tithe to his church before paying them off!

A simple net worth calculation might illuminate these folks as to where their finances are heading (off a cliff).   When your debt load goes up over time, your stock market "system" ain't working, my friend.

Tithing to a church or donating money to a charity, while you are heavily in debt, is never a good idea.  Even if you believe in the concept of tithing (which some say, like end-times theology, is a modern invention, not something taught in the Bible), if you are heavily in debt, and going in deeper, you really don't have an "income" to speak of.  10% of nothing is nothing.  Or more precisely, 10% of negative wealth is a negative number - does that mean the church pays you back? Good luck with that!

Some financial "gurus" like David Ramsey, preach some good ideas (and a lot of bad ones) and one of the bad ones he teaches is that you should "tithe" 10% of your pre-tax income to your church, plus additional "gifts" above and beyond this. Not surprisingly, many evangelical churches hire Mr. Ramsey to put on programs at their churches, to help parishioners get out of debt.  They would rather their flock tithe to the church than to the unholy Gods of Visa and Mastercard.

In case you missed math class, 10% of your pre-tax income is an awful lot of money.  It may be more than the government gets from you.  It is a staggering chunk of change to fork over - and for what?   God doesn't need your money, period.  You can't buy your way into heaven.  Who wants your money is the pastor of the local mega-church, so they can pay the mortgage on that leviathan.  Or in the case of the Catholic church, so they can support the enormous political and economic power base of the Vatican - whose power is never, ever abused.

It is funny, to me, but the same people who want "small government, lower taxes" are the same folks who want "bigger religion, higher tithing."  Why can't a religion follow the same path of being small, economical, and cheap?   After all, God doesn't need money, or elaborate cathedrals built in his honor.

But of course, this is a personal choice - and a piss-poor one, if you ask me.   So much trouble is caused in this world by organized religion.   The Irish Catholics used to come to this country to solicit funds for "the cause" in Northern Ireland.  "Give us the guns to do the job!" they would say - the "job" being killing Protestants.  Of course, the Protestants in Northern Ireland were doing a good job of killing Catholics, too.

Today, Muslim extremists do the same thing, often through disguised (or not-so-disguised) "charities" that Muslims are exhorted to give to (again, this is stated as a part of the religion - maybe this is, or is not so.  The folks who say this are, of course, the folks asking for money).  Oddly enough, the folks they are killing are fellow Muslims - they have a deep hatred of one another, moreso that non-Muslims.  Sunnis and Shiites have been slaughtering each other for centuries.

And so on and so forth.  A religion that hauls in lots of money usually ends up causing all sorts of trouble.   Keep your pastor poor and starving - and your church simple and unadorned.  Access to God is free for anyone.  There is no price tag attached.

But, beyond all that... there is something quite odious about tithing.

You see, people tithe to a church often for the most wrong reason - status.   We talk a lot about status here, as it is one thing that is common to our human nature (status-seeking) and one thing that trips up our mind and our spending habits.

How can tithing be status?   Well, if you make a big deal about how much you tithe to your church (or donate to charity) as one fellow does on his blog, then you are using this to show how holy you are (or holier-than-thou) and what a great Christian fellow you are.   It is status-seeking behavior, plain and simple.   And you know, God doesn't really cotton to that.  It is prideful behavior.

If tithing really was a good idea, and you really were doing this for pious reasons, well, you wouldn't tell anyone about it.   The same is true for charity.   Only anonymous charity is really charity.  The moment someone opens their mouth about it - or has their name on a plaque of donors - it really isn't charity anymore, but status-seeking.   You are not "giving away" money, but trading it for perceived status in the community.

Bill Gates hasn't given away a dime but rather has spent a lot of money to buy status as a charitable dude who is really great and all and wasn't just some schmuck in the right place at the right time, saddling us with a second-rate operating system.  Right?

Jerry Lemelson, the famous "Patent Troll" donated $10 Million to the Smithsonian, so they would call the American history museum the "Lemelson Center for Innovation".   He gave huge amounts to MIT as well, so they would name something after him.   Late in life, he tried to buy respectability, as there was a lot of negative press about this "Greatest Inventor who ever lived and never invented anything" (He's dead now).

So, real altruism is really altruistic.   But rarely is such the case.  The number one donor listed in the Symphony program isn't "Anonymous" but some investment bank hoping to snare some of that top-hat and fur-coat business.

Along the way of their life's journey, they joined an evangelical church - a fairly famous one - and for a while decided to be holy rollers.   They went to church every Sunday, and tithed of course, and even paid money into a church pew fund, which resulted in their names being engraved on a little plaque on their favorite pew seats.

By the way, that sort of thing is not really new.  Back in Colonial days, church pews were divided into "boxes" with each prominent family having its own box, the Washingtons and the Masons, of course having front-row seats. So yea, church status is hardly a new thing.

Frank and Shirley decided to donate even more.   The church decided it needed new stained-glass windows, and it became a competition of sorts, among parishioners, as to who could donate the most money toward this project.  Frank and Shirley sponsored an entire window (again, with the de rigeur brass plaque beneath it).   It was a lot of money - money they didn't have to spend - on a church.

What they found out, of course, was that the status of such donations was fleeting.  The church was constantly asking for more and more money for yet more projects, and Frank and Shirley were pretty tapped out.  Status and attention were now being given to newcomers who ponied up the dough.

Frank and Shirley aren't rocket scientists.   They aren't morons, either.   They are pretty typical Americans, who are baited into one thing or another, whether it is a Cadillac car, a giant bus motorhome, or a false religion (the latter being redundant).

They never bothered to do the math and figure out whether their net worth was increasing or decreasing over time.   They just looked at the monthly payments and figured if they could make all the payments this month, with a dollar left over, they were ahead of the game.

And that is the problem for a lot of people tithing.   They can't see that their financial ship is sinking, as they don't track their overall net worth.    And even as they sink further and further into the red, they keep giving money away to a church that really doesn't need it, and a God that definitely does not.

This church is doing a fundraiser to buy the pastor a $65 Million jet.   That is one helluva lot of bake sales, my friend!