Hey kids, it's time to consult the Bureau of Specious Statistics for some hard data on STDs!


The Duck Dynasty clowns are at it again, claiming that 110 Million people have STDs in this country - that is about 1-in-3 people, and the folks to blame for it are - wait for this, as it is precious - hippies!

Look at the photo above.  What does that look like to you?  Yea, a dirty stinking hippie.  Funny how people forget that - that looking like he does, back in 1965, would get you thrown out of a diner, and perhaps run out of town.  Today, folks on the "right" look a lot like the folks on the "left" back in the day.  How styles change! 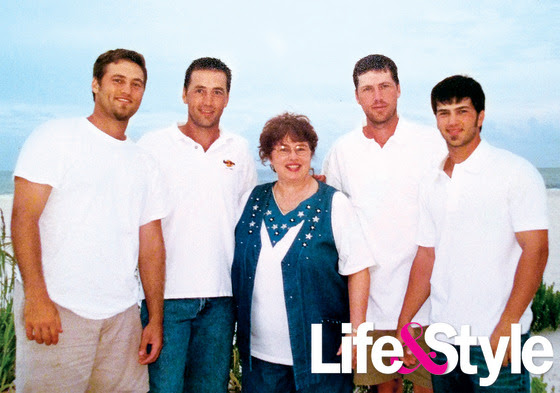 Oh, they do clean up good, don't they?  The Duck Dynasty crew, without their disguises.  Again, reality TeeVee isn't "real" in any sense of the word.


But I digress.   Of course, no one bothered to ask themselves if this was really true.   I mean, if one out of every three people you meet has an STD that is pretty significant, right?

Yes, that would be, if it were true.  But like most of the crap the Duck Dynasty people spew, it is just a bunch of made-up bullshit - reality show bullshit.

Real STD data can be found at the Centers for Disease Control at:

Sadly, the CDC also puts out a "scare brochure" designed to get people riled up and get tested.  This brochure claims that "1 in 4" people "may" have an STD.   Note the use of the word "may" in the title.   But what is the real story?

"In the United States, nearly 20 million cases of new STD infections are reported each year, reports Live Science.  Since infections can persist for a long time, and because some victims are not even aware they have a disease and can easily spread it to others."

The 110 Million number is arrived at by estimating how many unreported cases there are, and then by arguing that a number of people from last year may still have the infection (I guess they decided to remain untreated).  Pretty specious statistics.

Here is real data from the CDC:
OK, some serious numbers here. Still less than 1% of the population.  Try as I might, my calculator can't make that add up to 110 Million.

Where is the other 108 million coming from?


Oh, they are counting things like Chlamydia, Herpes and the HPV virus, both of which can be BENIGN in most people and have NO SYMPTOMS. When you throw in an ESTIMATED 79 million HPV folks, the numbers get larger - much larger.

But again, these are all wild-ass guesses ("estimated") and include infections that are common as the common cold - and about as harmful for most folks.

This CBS "news" article confuses things even further, by using the 110 million number, but failing to point out that the bulk of these cases are "estimated" HPV cases.   The article is very poorly written, and phrases like, "Fifty percent of new infections occur in young people from ages 15-24 and gonorrhea is the most commonly reported STD in that age group" seem to imply that gonorrhea is far more common than it actually is.

110 million don't have syphilis, gonorrhea, or AIDS.  Look at the chart above!

This 110 Million statistic is just bullshit - more data courtesy of the Bureau of Specious (and Alarmist) statistics.

Don't get me wrong, STDs are nothing to trivialize or minimize.  But sometimes the best of intentions can go awry.  When you group together things like HIV and HPV as "STDs" it is akin to lumping marijuana and heroin in the same category as "illegal drugs".   One has far more serious consequences than the other.

And the good news is - there is a vaccine for it.

But all of that requires analysis and research, which people - even those in the news media - are loathe to do.   We just take it as fact that "110 million" people have syphillis, because the duck guy said so, and he sites a "science" article that adds up all STD-related diseases based on "estimates".

Yes, we should have a real discussion about STDs in this country.

No, using alarmist statistics is not the way to go about it.

No, it wasn't the "hippies" or any one group to blame for STDs.   Unwanted pregnancies are highest among evangelical teens.  And we've seen more conservative Republicans caught in affairs or public restrooms to believe that being a member of the GOP means you don't have sex.

And No, a "reality star" from television isn't the one to educate us about STDs, particularly when he uses bad data and reaches false (and bizarre) conclusions.

Is is so fucking sad that in this country, no one can have a rational discussion based on real data.   News organizations have to pad the numbers to make alarmist headlines to attract viewers.   Politicians then use these stupid numbers (like "50 Million people on Welfare!") to scare the voters.

I understand why politicians do this - they want to get elected.   But the news media?  Have they no shame at all?