Can Pay For It - But Can't Afford It! 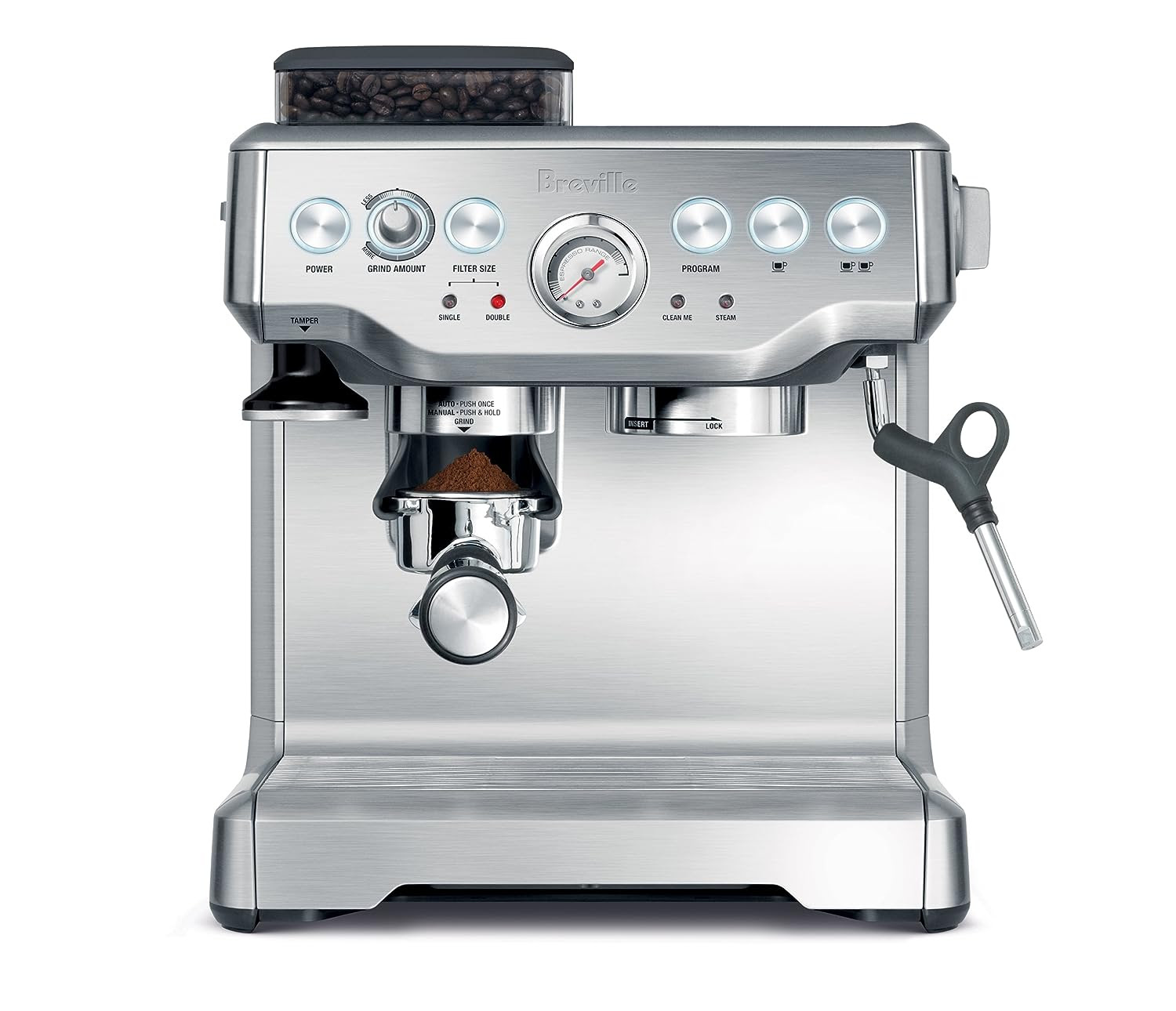 Many middle-class folks can pay for fancy appliances, but really can't afford them.


We were walking past a Williams Sonoma store here in Savannah, and it brought back memories.  Nearly 30 years ago, Mark started out working for a Williams Sonoma in Old Town Alexandria.  And over the years, he brought home more than a few customer returned items which slowly populated our kitchen.

We were talking about espresso makers.  Mark is on a kick about them, and I am hoping it blows over soon.  You see, a typical espresso maker costs hundreds of dollars, and the good ones cost thousands.  And they take up a huge amount of counter space - all for a drink you might rarely make.  Or at least not enough to justify the cost of the machine.

Yet, many middle-class people go out and buy a $1200 espresso machine and think nothing of it.  Why not?  They have the money to pay for it, right?

That may be true, but they really can't afford it.

What do I mean by this?   Well, right now, I could go out and buy over 1,000 of such machines and pay cash for them with no difficulty.  Of course, I don't need 1,000 espresso makers, and indeed, I don't really even need one of them.   Espresso is fine to have as a special treat once in a while at a restaurant or coffee shop, but not really every day.   Besides, my Cuban friend seems to make do very well with a $15 stovetop model. 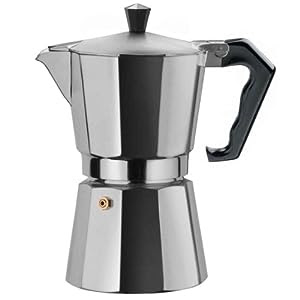 No Cuban kitchen is without one.

The problem is, given my station in life, having $1,000 counter-top appliances makes no sense.  This is money taken away from my life's savings and thus represents, for example, a month's housing costs down the road for me, when I am retired.   If I spend $1,000 on a coffee maker, well, that is $1,000 less I have in retirement.

You see, money has an added dimension of time which took me a long time to figure out.  We live in a three-dimensional world of x, y, and z- axes, but also live in a fourth dimension of time.   So, while I have the cash right now to buy this expensive coffee maker, I do need that cash, preferably compounded with interest, down the road, later on.

And this is the point that eludes most Americans living "paycheck to paycheck."  They have all the nice toys, all the new gadgets.  They have a new leased car and a new heavily mortgaged mini-mansion.  They work like dogs all day long to bring in dual paychecks to pay for it all (and their kid's sitters and nannies) and then wonder why they can't save for retirement.   They can pay for all this stuff, but they really can't afford it.

Now, granted, there are folks who can pay for a $1,200 espresso maker - or even a $6,000 one (and they make them!) and not bat an eye.  They not only have the money, they have so much that they can afford it.   But for most people in the middle class, such is not the case.  But they fail to see this as they might have $1200 in the bank, or worse yet, $1200 available credit on their credit card.

But of course, this begs the question, how can you tell if you can really afford it?  And that is a good question with no simple answer.  But that does not mean there isn't an answer than can be arrived at.

First, are you borrowing money to pay for the item?  And please, don't kid yourself that you are putting it on a credit card, but you'll "pay off the balance before any interest is due."   If you are financing the item, chances are, it is something you can't really afford.   Save borrowing for things like your home, your education, and maybe your car (early on).  Borrowing money is just robbing your future self - again, we see how money has a time component.

Second, are you funding your retirement?  And no, the idea that you will "never retire" is not a legitimate answer.  Odds are, you will be forced out of your job in your 50's or 60's, as you may cost too much, your skills may be outdated, or health or other issues may intervene. This is not a hard number to calculate, either.  Just figure out what you are contributing to your retirement plan, figure a reasonable rate of return, and see whether that arrives at the magic number.  You can use a compound interest calculator, or one of the many retirement calculators out there.

Third, are you lowering your debts over time or increasing them?  Where is your net worth trending?  Retiring with debt is a really bad idea, so you should have a plan to pay off all your debts before you cross the finish line.  If your debt load is going up, year after year, something isn't right.  Similarly if your net worth isn't going up year after year, something isn't right.  If you have no idea what your debt load is, or what your net worth is, or where they are trending, you have no business buying $1200 coffee makers, period.

If you are on track to fully funding your retirement, don't have to borrow to make the purchase, and are not going further into debt or lowering your net worth, then you can probably comfortably afford to buy the item, provided you have the spare cash to pay for it.  Even then, you should think about whether this is just a whim, or something you really will use.   Because buying a lot of expensive toys for yourself is one sure way to squander a lot of money over time.

And if you are like me, you might shop around for a secondhand one.   We did have a smaller espresso maker at one time (a customer returned unit Mark got for cheap).  It was an OK unit, but a friend of mine, while house-sitting, broke off the steam wand.  No great loss, it was a counter-hog, so it end up in a cabinet, rarely used.  What is the point of an appliance you never use?  It ended up getting sold in a garage sale.   Probably someone else has one out there for sale for cheap, if you look around.

But frankly, I really don't want or need a counter-hog like that.  It would be rarely used and a monument to poor spending habits.  I had a chance to get a free Keurig machine the other day and I walked away from it.  Why?  Because even at the price of free it requires cartridges that cost 50 cents to a buck, and you can make better, cheaper coffee by buying fresh roasted beans, grinding them yourself, and making coffee in a cheap coffee maker.

Could I "afford" to buy a fancy espresso machine at this time in my life?  Maybe.  But I choose not to.  Because I have grown up and realize that money has this fourth dimension, and I can't keep frittering it away and expect to have any real financial freedom, and thus real freedom.

And ask yourself this:  Are you really buying a $1200 espresso maker (or whatever) because you really are that much of a connoisseur of coffee or because you want to intimidate people when they come over, with your fancy machine?  It is a valid question, and it is one reason these machines are so expensive, large, and have lots of dials and buttons on them.

Possessions are slavery.   The material is mortal error.  Having nice shiny toys to show off to neighbors and friends is nice and all, but it is akin to having bling-encrusted manacles. They celebrate your slavery - your need for a job and employment.  They are talisman of your dependency, your powerlessness, and your weakness.  They are in short, anti-status, even as people look upon them as status symbols.

The next time you are looking at a purchase like this, ask yourself whether you can just pay for it, or whether you can really afford it.  You cannot accumulate wealth by spending it.   Over time, junk you buy ends up being worth nothing.   Money in the bank, however, breeds like rabbits.