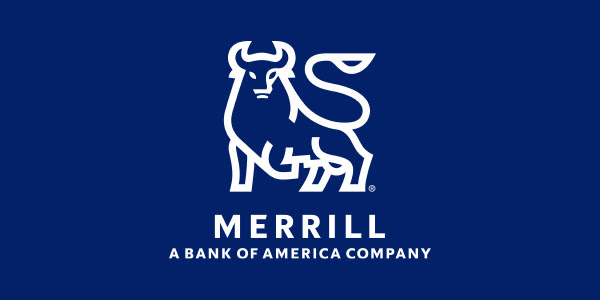 If you are a BoA customer, you may get pitches to open an account with Merrill Edge.  Is this a good thing or no?   Well, so far, so good.

We recently inherited a small amount of money, and we decided to open an Merrill Edge account.   I also transferred my trading account to Merrill Edge, as they have free trades (that's right, free trades).

What was also attractive is that Merrill is now owned by Bank of America, which all things considered, is a pretty good bank.

I have noted before that once you actually have money you are offered the best deals and best interest rates, both on loans (which you don't need) and on investments.   The poorer you are, the worse the deals you are offered.  Thus, there is a snowball effect in that as you get poorer and poorer, you pay more and more for goods and services, and as you get wealthier and wealthier, you get the best prices for goods and services - it seems the reverse of how it should be.

So, you read online, from poor young people, about how awful Bank of America is.   After all, they charged them a bounce fee on their account!   And just for bouncing a check!   And then they wanted them to pay a monthly fee, just for having a checking account!   What a rotten place!

And yes, when I was young and stupid (again, being redundant) I used to have an account with "Key Bank" (formerly Syracuse Savings Bank) which ironically is now been absorbed into.... Bank of America.  And yes, back then, I would bounce checks and get upset at the bank for being so "mean".   But age and wisdom has made me realize that the bank wasn't at fault - it was me.  And actually, a few times, they would call me and say that if I came in with a deposit, they would waive the bounce fee.   They tried to be nice, but I was irresponsible.

And if you are going to be irresponsible with money, well, bad things happen - and they snowball.

But getting back to Merrill Edge, the nice thing about having an account with them, is that it waives a lot of fees under their rewards program.    Depending on how much you keep on account, you can a number of foreign ATM fees waived - or an unlimited number waived.   And today, I was pleasantly surprised to see a $16 foreign wire transfer fee waived, as a result of having this account.  I receive wire transfers from foreign clients fairly regularly, and one thing that was annoying about this, was the fact I had to pay a fee to receive money.

So, the Merrill Edge program so far has been a real money-saver, in terms of bank fees, wire transfer fees, and foreign ATM fees (I no longer have to drive out of my way to find a BoA ATM if I needed emergency cash).   And of course, this reduction of fees is offered to people who are actually solvent.

Why would a bank do this?  As I mentioned in another posting, banks actually lose money on small accounts that carry minimum balances.   Bounced checks and overdrafts add to the bank's workload, so they have to charge for this.   What's worse, is that many of these accounts end up "abandoned" with trivial amounts of money in them, when the owners move away.   The bank, under the law, cannot close such accounts without spending inordinate amounts of money to get a court order and having paid for a notice in the local paper.   Small monthly "service fees" are one way to drain dormant accounts over time and then close them off the books.

On the other hand, the banks court the wealthier customers, as they actually make some money on those larger deposits.   More deposits makes the bank more solvent as well, which makes regulators happy.  It also means the bank has money to lend.  Although in my case, with a trading account, I am not sure they can "lend" on my money, as it is tied up in stocks.

Banking, believe it or not, is a very competitive business.   And if you are solvent and have more than two dollars to your name, banks will compete for your business.  If you are insolvent and bouncing checks all the time, they really would rather you went somewhere else.

And the difference between being solvent and insolvent is, for middle-class people, a matter of choice.   When I was young and "poor" (Poor meaning having an apartment of my own, a brand new car, a stereo, etc.), I bounced checks a lot, as I noted above.   Who were those checks made out to?   The local convenience store, of course, to buy beer, of course, and to get some cash-back to buy pot, of course.   Was I a "victim of circumstance" or a victim of my own folly?

Even assuming I didn't want to give up the pot and beer, I could have at least budgeted my funds a little smarter and come out ahead.  The $15 bounce fee (yes, high even back then!) would have bought an awful lot of beer (about 10 six-packs of Shaeffer) and an awful lot of pot (Nearly a half-ounce, back then!).  But I chose instead to be irresponsible, and in retrospect, that was my - and only my - fault.

But how well does the Merrill Edge interface work?   It is about the same as the others - E*Trade, Ameritrade, Fidelity, etc.   It is focused more on share price than on dividend income.   So you see the day's gains (and they all do that - like how much you made or lost in a day is important) and overall gains, for each stock or bond or whatever.   But trying to figure out your dividend income is another matter.   Either they don't have it, or I haven't found the link.

As with Fidelity, you have to download your monthly Statement in .PDF format to see what stock paid what dividend.   E*Trade had a nice feature call "income estimator" that listed all your dividend payments and projected future ones up to a year in advance.   A comforting feature for those of us who invest in income stocks.

Merrill Edge does have one feature that has them all beat - you can select "reinvest dividends" for most of your stocks, which, with a $0 trading fee, is at least feasible.   If you have to pay a trading fee, obviously this is not cost-effective (paying $6 to buy $50 worth of stock is a pretty high overhead).  I will try this feature and see how it works out.   Prior to this, I was letting the dividends accumulate in the cash account at E*Trade and when they totaled up to a couple of grand, invested in another stock, which resulted in a pretty diversified portfolio.

So, overall, I would say Merrill Edge, as an investment/trading platform, is about the same as the other major players, but with the advantage of FREE TRADES and waived service fees at BoA.   Check out the rewards program link, however, as what you get for free (and how much) depends on how much you invest.  The minimum investment to get into the rewards program is $20,000.
Newer Post Older Post Home