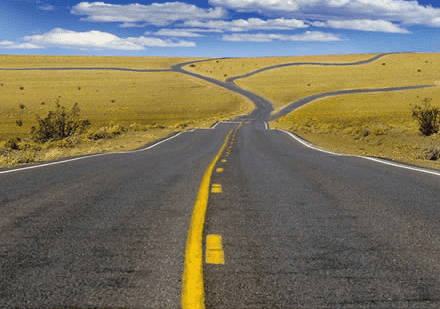 A journey of 1,000 miles begins with but a single step, it is true.

A reader recently sent me an e-mail regarding his plight in life.  At the ripe old age of 30, he was frustrated that he was not getting anywhere in life.   He married young, had children, and was $20,000 in debt, with no high-paying job offers on the table.  He was going to technical school, and he and his wife were both interested in learning some job skills.

But why was it taking so long to get rich?   Everybody else, it seems, is wealthy except him.

(Of course, all his friends who appear to be wealthy are probably even further in debt than he is!)

I felt for him, as I was in the same situation at the same age.   At about that age, I had no assets whatsoever.  I had about $38,000 in student loan debts (take that, Wall Street Occupiers!) plus a $10,000 car loan, various credit card debts, and nothing in savings.  It was a struggle to pay the $900 rent every month on our two-bedroom apartment.   This was in the late 1980's.

Oh, sure, I had tried to save money and even signed up (with the minimum contribution) for the 401(k) plan at work.   I would put $100 into my savings account, and three months later, I would have $100.89.   What was taking so long?  Clearly, this "saving money" thing just wasn't working!

Well, time has changed all that and the key factor is time.   25 years later, I am far better off, out of debt, and own my own home, and am well-positioned (knock wood) to retire fully in a few years.   What changed in the interim?

Well, I was lucky in some regards, to be sure.   But I also worked very hard, expanded my job skills and got better jobs.   I also started putting more money away - larger and larger amounts.   As Thomas Jefferson once said, "I find that my luck improves, the harder I work."

Of course, he had slaves and died broke.   But that's another story.

And I made sacrifices, too.   We did without cable TV, for example, which saved us over $100 a month for 25 years.  Do the math on that - invested with compound interest.   We put money into 401(k) plans instead.   And instead of going out and buying larger and more expensive homes (as my friends did, as their salaries increased) we bought investment properties instead - which paid for themselves.

We also made a lot of mistakes along the way.  We squandered when we should have saved more.  We made dumb investments.  Bought at the wrong time, sold at the wrong time.   But overall, we made out pretty well.

The main thing, however, was time.    Time compounds interest.   Time adds money to your bank account.  And time teaches you lessons that eventually, you may start to "get".

And I was slow to learn many of these lessons.

My first epiphany was at age 25.  I was working as a lab technician and making "OK money" but spending it as fast as I made it.  I went out and bought a new economy car, when my old car was working perfectly well (I convinced myself I would "save money" by getting better gas mileage! - a fool's argument).

And of course, I spend as much of my income as I could on beer and pot.

And I couldn't understand why I wasn't getting ahead in life.  I was hanging out with friends and smoking dope and drinking beer as hard as I could and still money wasn't landing in my lap!   I watched as much television as time would allow, but for some reason that wasn't working either!  Why wasn't I rich already?

I started to see that maybe I was going down the wrong road.  Not only were beer and pot (and cable TV) very expensive, they were dragging me down, both as time bandits, and by making me depressed, lethargic, and passive.   Oh, and they cost a lot of money, every month.

So I gave up the beer and pot and the cable TV and finished my Engineering degree.   This qualified me for a better paying job, but in a city with a much higher cost of living.

When I moved to the DC area, it was a little frightening at first.   My home near Syracuse cost about $400 a month to live in.  The least expensive apartments in Northern Virginia were twice that.   And yet my income had not doubled.  After a couple of years struggling (and doing dumb things like buying yet another car that I really didn't need) I went to law school and got a much higher paying job.

But still, the riches weren't there.   Oh sure, I was spending more money but I didn't have any.   It was right about age 30 that I sat down and did my first Net Worth Calculation and was appalled to find out that despite the big increases in pay and all the nice fancy toys I had, the real value of my estate was a negative number.

These first calculations were done in a little notebook, and I kept them up, usually monthly or so, adding up my assets and then my debts, and then figuring out where I was.   Progress, to say the least, was very, very slow.

Those first few years were the hardest.  The amount of savings didn't seem to increase much from month to month, year to year.   The amount of debt I had didn't seem to decrease much, either.   Things like mortgage payments and student loans seem to be stuck in time, with each payment I made chipping only pennies off this mountain of debt.

But over time, things happened.   Investments increased in value - and they paid dividends.   It didn't happen overnight, but one day, 10 years later, I am looking at six-figures in savings.

Could we have done better?  You bet.  There was another car I really wish I never bought.  There were expensive foods we were buying (Mark worked at a gourmet food store).   We started to realize that we were pissing away a lot of money on stuff like that.

The bulk of the money I made over the years wasn't from working though, but from Real Estate.  I am not saying that you should invest in Real Estate - it is a sure way for the amateur to go broke.   Rather, you should keep an eye out for opportunity should it come your way.

And the way we made money in Real Estate was the old-fashioned way.  No "system" or "seminar" needed.  No bullshit.  We bought properties, sometimes at foreclosure, fixed them up, rented them out, and after a few years, sold them.

And when I say, "fixed them up" I don't mean, "I got on the phone and called someone to fix them for me" but spent nights and weekends doing plumbing, sheetrocking, wiring, landscaping, cleaning, and whatnot.   In other words, really, really hard work after a 10 hour day at the office.

It pays to actually know something in this regard.   A lot of my friends saw that I was making money in Real Estate and tried their hand - but since they had no real skills, they hired people to do all this work.  And they rented out properties with negative cash-flows or worse yet, didn't rent them out at all.   They lost their shirts.

We got out of the Real Estate market when it seemed to be a racket.   Everyone else told us we were fools for "getting out when everyone is making so much money!" but we believed in ourselves not in the mantras and propaganda promulgated by the media.

And that right there is the other half of the equation - having some common sense and believing in yourself and rational thinking rather than listening to others who are trying to sell you bullshit.

My intrepid reader admits that he got into debt by trying to "get rich quick" by starting his own business at an early age.   And this is a pattern you see often in the United States as well.   People think they can short-circuit the process by investing in a "scheme" that is advertised on television.   The guy selling the scheme has a fancy car, a pretty wife, and a fabulous house!  It has to work, right?

Again, as I discovered the hard way, I tried watching television as hard as a I could and never got ahead.

Get-rich-quick schemes only enrich the person selling the scheme.  They only impoverish the victim.

So when Real Estate devolved into a get-rich-quick scheme in the late 2000's we sold out.

Today, what is being sold as a get-rich-quick scheme?   Gold?  Bitcoins?   IPO stocks?   You bet, and that is why I talk about them here.    People think they can place the right bet in our Casino Economy and come up a winner.  But in Casinos, 9 out of 10 people leave the table as losers.   So odds are, you will too.

I wish I had some advice for my reader, but as I have noted before,  I am not an advice columnist.    The only thing I can say is that time is on your side and to be "giving up" at age 30 seems a bit premature.

Somehow I think he will do OK, though.   He and his wife have been married for over a decade now, and it seems that they both want to work toward common goals.  Having a good solid relationship or marriage is the foundation of a sound economic platform (Marriage is an economic relationship, above all else).   And going to school to learn job skills will pay off, as well.

If he can find some small sacrifices in his monthly expenditures (television, cell phones, designer coffees, cars, beer, etc.) and put that money into savings, well, over time, that can compound into a lot of money.

Of course, you have to set aside that $100 a month, and that isn't easy.   The problem most people have in starting a savings plan is that they decide to "save money" but don't take out a corresponding amount from some other area of their budget.   You have to cut some personal expenditure in your life to have the corresponding savings.

I use Cable TV as an example, as it is clearly something people can live without - although some folks claim they literally cannot live without cable TV.  And often, you may have to fight your spouse on this, as he/she may argue that "Well, everyone else in Foreclosure Mews Estates has Cable TV!"  But sometimes, there are fights worth making - and worth winning.
Newer Post Older Post Home