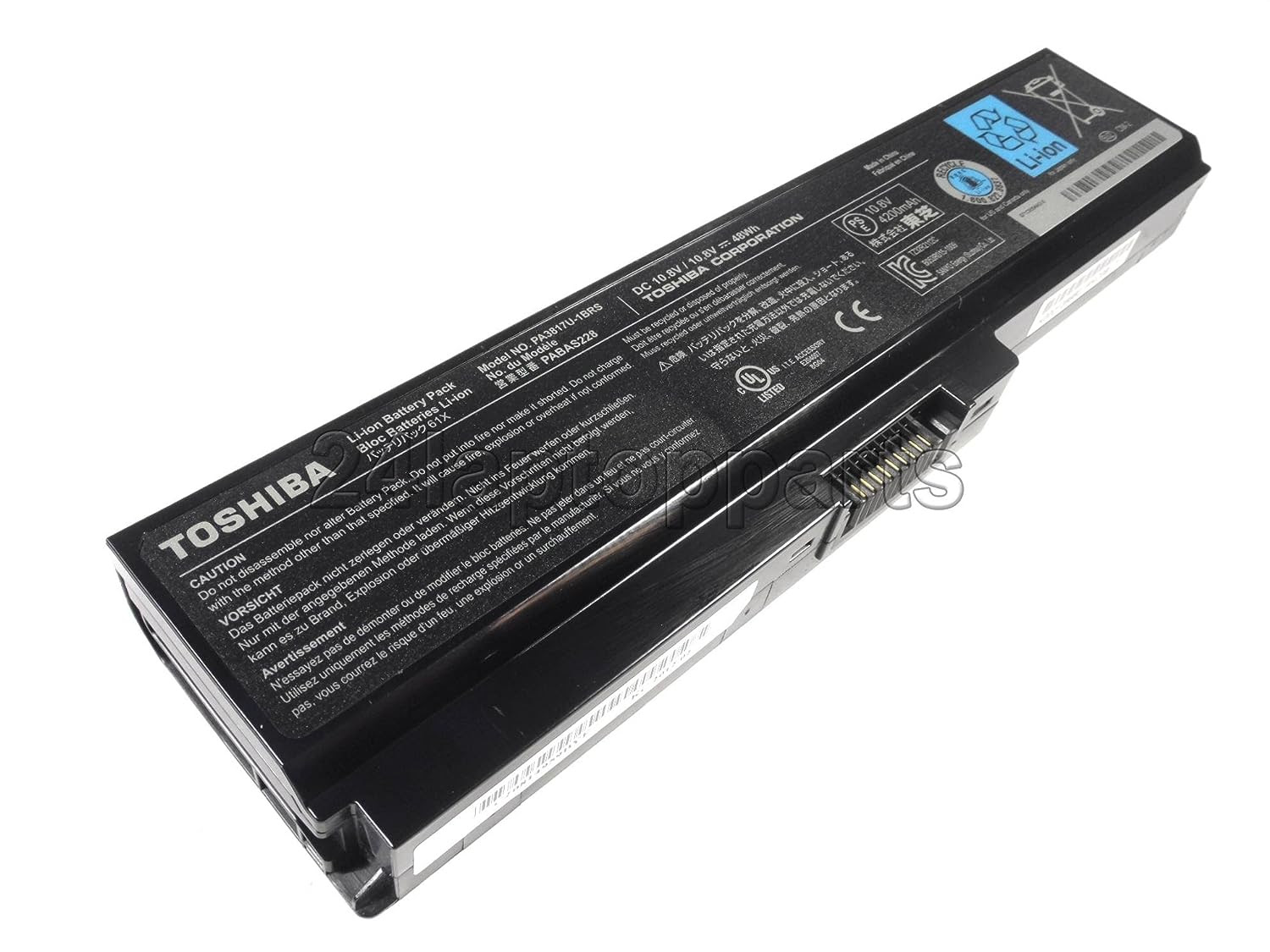 A laptop battery for $12 including shipping.  Is this a good deal?


I have an old Toshiba Satellite laptop computer.  Actually, I have two of them, identical.  The first I bought at Wal-Mart for $320 new, the second on eBay for $150.   Since they are identical, the parts interchange.  Since they are not Apple products, you can take them apart and interchange parts (hard drives, memory, batteries, keyboard, etc.).   It is a lot easier if you are going to own more than one of something, to have them match.

And you can't kill these old Toshiba Satellites.   When running Windows 7, they are very stable, pretty fast (they will stream video, no problem) and you don't have to worry about dropping or damaging it, as they are cheap.

The laptop from eBay worked well.  I had some extra memory sticks laying around and I was able to upgrade it.  The battery was weak, though, lasting only about 2 hours (compared to over four for the other computer) and the "you might consider replacing your battery" icon was on the battery indicator icon.

I went on Amazon to order a new battery.   Good thing it isn't a Mac, right?   Because I would have to take that to the "genius bar" and pay $300 for someone to crack it open.

The batteries for these Toshiba laptops are plentiful.   In fact, it was alarming how cheap some were - under $20 and some under $15.   I read the reviews and it was interesting.  A lot of bad reviews and then a lot of very similar-sounding and poorly worded good reviews.  Also, the really cheap ones seemed to be sold under a variety of names, listings, and retailers.  Few had any kind of brand name.

The reviews were the tipoff.   Many of the positive ones were clearly written by Chinese Troll Farms - where people are paid to upvote things and write reviews online.   However, the poor English and the odd phrasing made me realize that maybe - just maybe - some of these reviews were fake.

Here are some real reviews for these cheap laptop batteries - and my comments:

It really work!! Perfect!! Thank you, it was what I was looking for and the I received it in perfect conditions!

Whoops.  You almost had me, even with the excess exclamation points, until the last word.


This battery is working very well on may Toshiba lap top. Instructions were easy to follow To get the most out of the new battery charge and discharge about 3 to 4 times then use lap top normal. Delivery was very prompt. Would recommend this battery.

I always use laptop normal.   Is there a supercharged mode?

I would always recommend anybody to buy everything from Amazon. They have the best business, guaranteed qualities and best delivery options. This battery is not like the original one but it give you almost the same duty, it last up to 2 and half hours before you recharge it again.

Yes, Amazon have the best business.  Unfortunately, they are not selling these batteries, an online retailer does.   Oh, and the real batteries last more than 5 hours.

Last more time charged?  Why on earth would you ever buy one again?  Your computer will be obsolete before it needs a new battery again.

This battery is a great replacement for the Toshiba original at a fraction of the cost. It lasts longer than the OEM battery did when new.

At 2.5 hours, it is giving about half the time of the OEM battery.

I needed a battery for my laptop and called my daughter-in-law andshe recommended Amazon. After getting on I immediately founnd the battery I was looking for and ordered it. The response time was great and the battery is working out just fine and it is just what the doctor ordered andI couldn't be more pleased. Rest assured I will recommend Amazon to my friends that have laptops. Thank You.

Yes, Amazon is selling batteries.   No they are not.  The retailer is selling through Amazon.  An amazing number of these types of reviews mention daughters - as in recommending Amazon or they are buying the battery for the daughter.   Maybe mentioning a daughter distracts the mind and makes it seem more real?

The peoduct was shipped quickly. Packaged well and worked as indicated. No issues have been found since. As always, am happy buying well advertised products.

"Well advertised products"???  What the fuck does that even mean?

I bought this replacement battery for my Toshiba Laptop and at first I was very skeptical but after reading the reviews I decided to purchase the replacement. I have had it now for over a month and it works great. I totally recommend this to anyone looking for a replacement battery and for the price I purchased this...I dont think there is a better deal out there.

Being skeptical (or sceptical in some postings - British English) is mentioned a lot.  I guess that this phrase helps disarms skeptics.   "Hey, I was once like you, now I have happy-lucky laptop battery!"


It was perfect. arrived early almost five days early great price and a great value for the money I will buy from again It was just as the described. 5 thumbs up

Thumbs up?  Do you think you are on Facebook?   Fits perfectly?  What is this a dress?

Battery came as describe. Not much to review. It works. Ordered this for a friend and he was really please to have his old laptop battery replace

OK, you might say "describe" is a typo.  But it was in the title of the review as well.   I am please too.

I needed a charger I went to local computer thought I was getting great deal consider how much they cost. So when came for battery I called $50. Then I remembered amazon. Search got for $30. Came in 3 days ande saved me money and there was no shipping charge. Love it

And they say Pidgin English is dead...

You get the idea.  I work with a lot of Chinese people, so I recognize the dialect and grammatical errors - subject-verb disagreements, improper use of singular and plurals, and lack of, or improper us of "the" or "a".   It is pretty much a dead-giveaway that these reviews are not being written by native English speakers.

After looking at about a dozen of these reviews, I bought a higher-capacity battery for $35 which had mostly positive reviews (and only a few "bad out of the box" reviews, which is to be expected).   It is possible to fish too far downstream, and the money saved by going to a $12 battery is outweighed by the frustration of trying to get it to work and then getting mad.

The only "good" reviews were NOT of the "You buy happy lucky laptop battery, be much happy!!!" type.
Maybe the $12 or $15 batteries are OK.  But sometimes it pays to fish a little further upstream.
Newer Post Older Post Home