Are Corporations Evil? Or Just People? 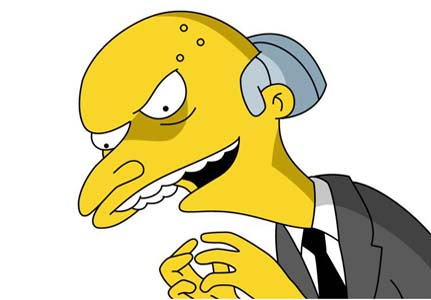 
In a previous posting, I noted that folks who whine on about how "corporations are evil, man!" between bong hits are really losers.  But it goes without saying that Corporations often end up doing very evil things, over time.  And of course, we as individuals do evil things as well.   But more often than not, it is the banality of evil that allows evil to occur, as we shall see.   And often this is not necessarily because some wicked person at the head of the Corporation wants to do bad things, but that so many "little people" go along with really bad ideas, convinced that if they speak up or speak out, they will lose their jobs, and that losing their job is more important that people being gassed to death as happened Bhopal, India.

Consider evil on a personal level.   You drive your car late at night.  You are tired.  You fall asleep at the wheel and drive off the road, wrecking your car.    Were you evil, or just careless?   You may still be charged with inattentive driving or whatnot, and your insurance company will punish you with higher rates.

Now suppose there was a hitch hiker at the side of the road, and when you fell asleep, you ran him over.   Does this make you evil now?   You may be charged with manslaughter or worse.   And certainly, society will treat you differently.  Yet the only difference between the two scenarios was happenstance.

Now, suppose you were drunk when you drove off the road?  The consequences are far more serious, as it is deemed an intentional act to get drunk and get behind the wheel.  And if you run over that hitch hiker as a result, the charges would be far more serious than manslaughter.   Intent tends to trump happenstance, every time.

In other words, whether you were "evil" or not has more to do with your intentions than "shit that just happened."

With large corporations, there is, to be sure, a lot of "shit that just happened" for which they are still responsible for.   But in many cases, there are people along the line who saw bad things coming, and failed to act or speak out, because they felt they might lose their job, and they put themselves in a situation where losing their job was more important than speaking out.  And often, it is these lower-level employees who saw the danger in time and chose not to act.  Who is the evil actor?  The manager at the top who ruthlessly cut maintenance costs?  Or the Engineer who saw this was a bad idea, but refused to speak out because his wife wanted to go on vacation to Aruba this year?

Take the Exxon Valdez, the Deepwater Horizon, or the toxic gas leak in Bhopal, India.  All three industrial accidents have one thing in common:  Someone along the line knew or should have known that proper safety practices were not being followed.    And those same people refused to speak out, out of fear of losing their jobs.  And often this fear was based on losing their house, their monster truck, and their jet ski.   Since they were in debt up to their eyeballs, they could not afford to speak their piece.

In the case of Bhopal, the results were deadly - thousands of people died.   And the cause was simply sloppy maintenance and poor management.  Someone had to know this was going on, but at the same time, refused to say anything.   Or take the crew of the Exxon Valdez.  They had to know their Captain was a drunk, but again, were afraid to speak out.   The crew of the Deepwater Horizon knew that safety procedures were not being followed, in order to speed up drilling.   But no one said, "Hey, this is crazy, I'm not doing this shit!  I want the next chopper out!   I'm not dying on a flaming drilling rig!"

And in each instance, these industrial accidents cost the companies millions if not billions of dollars (although with Bhopal, the victims received little in the way of compensation).   Clearly these "evil corporations" would rather these accidents did not occur, if nothing else because they were hugely unprofitable.

But who is to blame?  The manager who said, "Get that well drilled!" or "Get that tanker out to sea!" or "defer maintenance on that gas plant!"?   Or was it the banality of evil of the faceless and nameless lower-level employees who chose not to say anything, because they still had six payments to make on their Chevette?   People who were so far into debt that they felt they could not "rock the boat" even when lives were at stake?  Low-level employees like you and me?

And that is the conundrum.   Despite the stereotype of Montgomery Burns on The Simpsons,  people at the top of most major corporations don't sit around doing Satanic rites and scheming on how to be as evil as possible.   It often seems that way, though, doesn't it?  Who came up with the "negative option" renewal plan - some corporate big-wig, or some low-level schmuck in marketing?   And how many people continue to work for such crooked companies, rather than quit and find a new job?

It is a relevant question.   As I noted in an earlier posting, I quit a law firm over what I considered to be unethical practice.   The firm was an up-and-up growing concern with legitimate clients and reasonable prices.  If left to grow organically, it might have ended up as a powerhouse firm, down the road.   But the partners decided to cut some corners, and take on representation of an "invention broker" firm that got into trouble with the Patent Office.   We knew this deal stank to high heaven - to the point where we were listed as "unnamed co-counsel" to the client, so that the firm's name wouldn't be dragged through the mud.

I left.   I saw the writing on the wall.   Others had car payments to make - or felt that making car payments was forcing them to hold their nose and do anything the partners said.   And some partners felt that they could "force" associates to do their bidding.   I recall one particularly marginal partner asking me to draft a non-infringement opinion based on some pretty specious data and arguments.   I pointed  out the folly of such an opinion, and he told me to write it anyway, which I did.   I set the signature block for his signature, as I pointed out that I did not believe these arguments.   He re-drafted the opinion for my signature, and told me I had to sign it.  When I refused, he forged my signature on the opinion.

Others would have simply signed the opinion.   They felt their precious spot in the "partnership track" was worth doing anything for.  And today, many young attorneys still feel this way.  I feel sorry for them.  No matter how much money they make in life, they will still be slaves and never own themselves.

That is why I harp on the idea, in this blog, of owning yourself.  Of not being so far into debt for bling that you are afraid to speak out or run your own life.   Yes, having your own opinions and being able to speak freely might not seem as sexy as having a jet ski - at least at first.  But then you realize you have utter freedom - a freedom that skimming the water at 70 mph on your way to hitting a boat smack first with your head, simply doesn't match.

I had a potential client call the other day.  I talked on the phone with them and they said they would get back to me.  I never heard from them again.   I believe they read my blog and decided I was some kind of nutter.   Better they should know that in advance!   But at this point in my life, I don't desperately need clients and in fact, I never have.  I have turned away representation all through my career, when it was readily apparent that the client in question would be a problem client.

I can say what I want to in this blog, and if someone doesn't like it, they don't have to hire me.   That's fine.  I don't need their money, and I don't need the work.  (In case you missed it, work is hard and you should be well-paid for it.  It is not a privilege to have a job, or at least you shouldn't look at it that way).

It is an utterly different paradigm.   Most attorneys I've met want to know "how do I get clients?  I need clients!  More clients!  More and more clients!  I need to pay rent on my fancy office and my big-titty secretary!  I have two ex-wives and a Mercedes mechanic to support!  Clients! Clients!  Clients!"

And when they tell me this, they act shocked when I say that fewer clients is better and making less money is more.  Because when you have a few decent clients who really appreciate your work, your life is a whole lot less hassle, stress, and working as a lawyer certainly isn't like being a POW.

So, getting back to the main point, are corporations evil?   Well, even if the Supreme Court says corporations are "people" they certainly don't have a soul or independent thought - yet.   People have to run corporations.   And maybe some people at the top are evil - or just neglectful, or just thoughtless.   But often, they get away with horrific things because no one down the chain who knew better said, "You know, if you drill at this rate, this whole rig is likely to blow up!"   No one down the chain said that, out of fear of losing a "job" which they felt was more important than their lives, literally.

The phrase "banality of evil" arose in describing the events leading up to the Holocaust.   The Nazi Party (the original evil corporation if there ever was one) was founded on antisemitism, as well as hatred of a host of other minority groups.   They exterminated people in a ruthlessly efficient corporate manner.   And after the war, thousands of people who were involved said the same thing, "I was just following orders."    The people at the top giving those orders were clearly evil.  But does this excuse the actions of the thousands or millions of lower-level employees who "went along" with the plan without question - out of fear?

It is a relevant question, as evil succeeds not when a few people at the top decide to be evil, but when a whole lot of people choose to look the other way out of fear of losing their position or possessions.

So in a way, blaming "evil corporations" for all the woes in the world is a cop-out, particularly if you work for one of those evil corporations and are so far into debt to Mastercard and Visa, that you feel that you don't own your own life.

Being financially independent is more than just a chance to fund your 401(k) and retire.   It is a chance to be a real human being - owned free and clear - and be able to think for yourself and speak out and say what you think.

Otherwise, you are an indentured servant, and no matter how much money you make, you will always be a slave.   If so, I pity you.