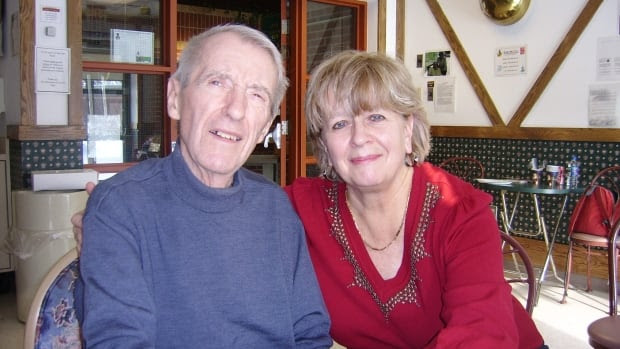 Getting old, getting sick, and dying is not "bad luck" but what will happen to all of us, eventually.  It is a predictable outcome, not some struck-by-lightning oddball event.


Our Canadian friends published an article recently, chock full of the "let's all feel sorry for ourselves because we are all victims here" mentality.  The the thrust of the article is that a lot of Canadian retirees are declaring bankruptcy and running out of money.  So much for the Socialist State!  Don't they all get dole checks up there?  I guess not.

What is infuriating about the article is that all the things that happened to the spotlighted couple were chalked up to "a run of bad luck" (and I am quoting verbatim here) but are actually events that are quite predictable, particularly for older people.

The couple, nearing retirement age decided to start their own business.   Most small businesses fail, and starting a business is a very risky venture.  The wife quit her job to work on the business.   You can guess what happened.  Things went South in a hurry.   They sold off their Condo to pay debts, trying to plug leaks in their rowboat by chopping off their fingers.  Always a bad plan.

But the most infuriating part of the article was this quote:

"Then, the unthinkable: Vic was diagnosed with dementia and could no longer work."

UNTHINKABLE?  At age 67?  Getting old and sick and dying is some sort of UNTHINKABLE consequence in life?

I guess in Canada, people live forever.  They have the fountain of youth up there, and "but for" a car wreck or something, everyone would be the Methuselah.   Right?

You see, I live on retirement island.  The average age here is 74.   Every day, the ambulance drives by, and like a bunch of nervous horses, we all sigh and say, "Thank God it's not me they are dragging out feet-first to take to the knackers!"

Death and illness are as common as rainfall where I live.   And dementia or Alzheimers?   Most of my friends or their spouses have one or the other - or will have, in short order.  It is not some unpredictable tragedy among the old, but as predictable as Grandma breaking her hip (or starting a toaster oven fire).

These are not UNTHINKABLE events, but PREDICTABLE OUTCOMES for people who live to be over 60.   Yea, sure, the oldest person in the world is like 114.  Whoops, they died.  Who's the new one - this week?  By the time you reach age 60, your life is mostly over.  You may have 20-26 years or so left, on average.  You should know what to expect.

Living to 100 is not in the cards for most of us.   People routinely kick the bucket in their 60's, 70's, and 80's.   It is not some weird freaky anomaly.   In fact, it can be a blessing.   Mark's Grandmother lived to be 93.  But the last decade of her life was largely confined to a bed.  Her quality of life was, well, shitty.  She was in pain most of the time - when she was aware of anything going on around her at all.

No, no, I'd rather go like one of my neighbors - take a nap and never wake up.

Sadly, the media likes to paint a portrait of retirement as an age of continued work, well into the 70's and 80's - spotlighting spry oldsters who are hard at work at age 85.  Guess what?  That ain't likely to be you.  Yes, Frank Lloyd Wright worked right up until age 91 when he died.   You are not Frank Lloyd Wright.  Few of us are.  People like him are the exception, not the rule.  Most of us will kick off long before that - and be infirm and unable to work long before even that.  It is a predictable outcome in life.  Prepare for it.

But getting back to the story, yes it is sad these people are having a shitty end-of-life experience.   But on the other hand, this is not due to a "a run of bad luck" more than it is due to "a run of horrific retirement planning" or actually utter lack of retirement planning.  Their hope, I guess, was that the business would someday make money and everything would turn out OK.   I don't think that is a good plan, for that age.   By age 60, you should be able to retire.  Hell, you should be able to retire by age 55 - because you likely will be tossed out on your ass by then.  Prepare for the inevitable, or the predictable.

Instead, the couple tried to open a new business very close to retirement age - an age where there are no "do overs" in life.  I started my law practice when I was 34.  If it failed, I could go to work for another law firm, or go back to work for the Patent Office.  I had backup plans.  I had another 30 years to play with.  Today, the risky business ventures I engaged in at that age would be unthinkable to me now.   Start a business?  No way!   Better off to coast to the finish line.

And I never - ever - let my business go into massive debt.   Many business people think that having an onerous debt to pay off is just part of owning a business.  But if you don't have a business that can generate a positive cash-flow, maybe it is time to re-think "being your own boss" and all that.

Sadly, this story has an ending I see all-too-often:  The husband dies and leaves the wife to clean up the financial mess.   I saw this with the friend who died, leaving a motorhome with a $160,000 loan balance and a resale price of $90,000.   We saw this the other day online, with the husband who took out a reverse mortgage (and didn't tell his wife) and when he died, she is left homeless.   I saw this with my Grandfather, who saved up nothing in 55 years of living, and left his wife to find a new career and fund her own retirement.  Men, it seems, tend to screw their wives financially.

The thrust of the article, however, had little or nothing to do with the couple spotlighted.   The couple made some poor choices and failed to anticipate the obvious - that they would get old and sick and need money to care for themselves.

The article, on the other hand, laments the tendency among today's retirees, to retire with massive debts and mortgages - and no realistic way to pay them off.  The reduced income of the retiree isn't enough to service these debts, while living a relaxing lifestyle.  Throw in a health crises, and it's all over.

Being retired is a bad time to take on debt - you have limited resources and limited time to pay it back.   Less debt is a better idea.  No debt at all is the best idea, particularly for our generation, who is less likely to have a pension.

Today, in our country, retirees living on 401(k)/IRA savings are forced to take out too much, too soon, and pay higher tax rates to service this debt.   They seriously run the risk of running out of money before they die.

Sadly, there will be many more of these "Senior Bankruptcy" stories in the paper, before too long.
Newer Post Older Post Home