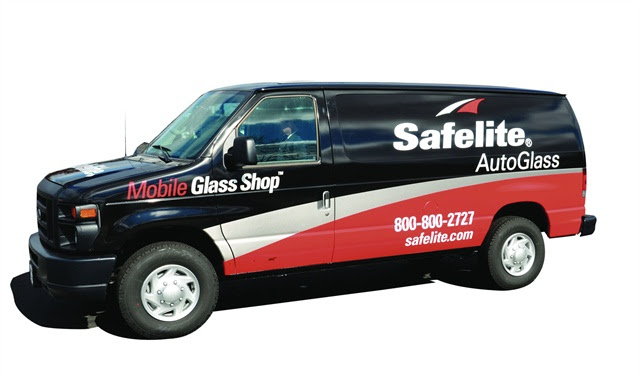 Do you need to insure your windshield?  Probably not.

In Florida, by law, if you get comprehensive coverage, it covers glass with no deductible.  The auto-glass lobby must have friends in Tampa.  The idea is one of those carrot-and-stick things yet again.   It encourages people not to drive around with cracked windshields (as they do in Georgia).  It eliminates litigation over rock damage from construction vehicles.   It reduces (I was told by the glass guy) road rage by folks chasing down "the guy who cracked my windshield".

I suspect, however, that like most regulations, it was the auto glass lobby that paid for a lot of hookers and scotch and got the law passed.   Act Shocked.  It is also the law in a number of other States as well.

In Georgia, we have no such law, and I have a $1000 deductible comprehensive plan that basically pays me back something if my car catches fire.   But little shit like windshields?  I pay cash.

Is this a bad choice?  It depends.   I have been driving cars now for 40 years.  I have never had a windshield crack - that is until now.

The good news is, the folks from Safelite will come out and replace it for $350 or so ($30 less if I went to their store).   So the cost of replacing a windshield is not very high (I suppose I could have shopped this around and perhaps even gotten a windshield from a junked car and had it installed).

But if you add up the additional cost of glass coverage over 40 years of driving you can see that I have come out way ahead - by thousands of dollars.   Monthly comprehensive and collision coverage is $22.10 for the Nissan truck, with $1000 deductible.  To go to a non-deductible policy would raise this to $51.20 or an increase of $29.10 a month.   In about two years, well, you've paid for that windshield.  Over 40 years, twenty windshields.

But of course, one of those bills is for car insurance and Joe Paycheck has full-boat coverage on his Camry, lest this $10,000 asset be put in peril.

And sadly, most people think this way - paranoid about small losses in their lives, but oblivious to the larger ones.  And the powers-that-be know this, and make a lot of money from people's little fears.

Extended warranties on cars, for example, are often a bad deal, as I have explained before.  The part of the car ownership they insure is the part where the car has the fewest repair problems.  Moreover, they are heavily marked-up and sold on fear and high-pressure sales tactics.   "A new transmission could cost $5,000!  So paying $4,000 for an extended warranty is a good deal!" - that is, only if your transmission does blow up, and even then, you might be better off, at that point, installing a used transmission.

And those are just the legitimate extended warranties.   I get postcards and letters all the time in the mail saying "Warning!  Your Auto Warranty is about to Expire!  Call this number NOW!" and of course they are not from the "factory warranty service" but some fly-by-night company who will sell a lot of extended warranties and then go out of business before the first claim is filed.

Con artists know that people who live in fear are patsies, so they can sell fraudulent "Peace of Mind" quite easily.

But "legitimate" companies are in on this deal as well.   Circuit City (did that count as a "legitimate company"?) used to push extended warranties on its customers with the old hard sell.   They tried to sell me a $25 warranty on a $99 television set once.   What a joke.   Even Lowes will offer me "extended warranties" on items as inexpensive as $15.   Are people really afraid that their toaster will break and leave them stranded?  Then what?  You have to eat untoasted bread?   The horror!

Yes, you should have insurance.   It is a smart move.   Businesses have insurance so that some small mishap doesn't end up putting them out of business.  It is a way of ameliorating risk - spreading risk around.  But you don't insure trivial things.   The cost/benefit analysis never works out.

Why are open-ended liability claims so cheap to insure, but trivial things like car fenders and windshields so expensive?   It is a good question to ask, and I think one reason is, insuring trivial things is far more profitable for insurance companies.

For me, insurance is a necessary evil in life - a way of reducing, but not eliminating, risk.   It is entirely possible to over-insure yourself to cover every possible contingency.  And a lot of people like to think this way.  I have been regaled with tales on car sites by people who wrecked their car and then talk about it like it was a spa vacation.  "They gave me a new Mercedes as a rental for six months, and then paid for a massage therapist!   I got my car back and it was in better shape than before, as they fixed all the little dents and scratches I had put on it over the years!   It was great!   I am so glad I've been paying $1500 a year for full coverage all these years!"

What they fail to realize is that what they have been paying was enough to buy a new car if they had invested that amount over time.

Of course, having no insurance at all might not be a workable solution either.   A high-deductible policy is a good compromise - providing some coverage to help make you whole while not costing an arm and a leg.   It is also insurance that gives you an incentive not to get into an accident.

Full-boat insurance, on the other hand, encourages fraud.   If you have a policy that offers to pay you "full replacement cost" on a car or boat, what is your incentive to not set your car or boat on fire after a year or two and get all your money back?   I mean, other than getting caught and going to jail, right?   And not surprisingly, these sorts of policies encourage fraud, which is why the rates are so high.

Similarly, low deductible policies encourage people to file trivial claims - for small dents and scratches - which cost more to process the paperwork than the actual cost of repair.

There is no such thing as a free lunch.   Well, not most of the time, anyway.  One thing the insurance company will cover with no deductible even if you have a $1,000 deductible policy, is windshield repairs.   If you get a rock chip, they will send out a repair guy to fix it with one of those glue kits, free of charge.   So before you buy one of those $20 windshield repair kits and struggle with isocyanate glues and hypodermics, call your insurance company.  They may send the glass guy out there, free of charge, to fix the windshield, and if it is done right, it may prevent a crack from forming.

I'll take advantage of that.   But windshield insurance?   I think I'll wait another 40 years and see how it pans out.

P.S. - I checked off "tinted windshield" on the online box (which is linked to Safelite directly from the GEICO website) and the windshield they installed is tinted at the top, unlike the stock windshield.   So actually, this was an upgrade.   Very happy with it, and the Safelite people.  Installed in my driveway in about an hour.

UPDATE 2020:  Since making this posting, I have used Safelite twice now, for free windshield repairs - including a rock chip on the "new" windshield they installed.  I had to drive to their facility, but they seem to have offices in most major cities, and even minor ones.   GEICO will pay for rock chip repairs, but check with your insurance company to see whether they cover this.