"I may disagree with what you say, but I downvote your right to say it!" 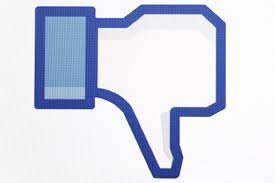 
Social Media - whether it be Facebook, Twitter, Reddit, or even a discussion group, all fails for the same reason:   Only ideas that are popular or talked about end up being heard.   Unpopular ideas or opinions are squashed like a bug, even if they are true.  Popular lies, however, propagate.

On Facebook, this is called "Liking" and if your posting is not "liked" enough, it does not appear on your "feed".   So if you say something that is popular to say, and the group you are in "likes" it, then it appears.  If you say unpopular things - even if they are hard truths that need to be heard - they disappear like so much electronic dust.

Popular Facebook posts usually relate to some Internet rumor (the more outlandish the better), the public-safety fake Wal-Mart slasher hysteria, or some kind of public shaming.   Not surprisingly, Facebook is dominated today by older and more female users.

Twitter works in a similar way, with popular postings being re-tweeted or responded to.   Unpopular ideas die on the vine.  Popular ideas usually have to deal with entertainers or politicians and are usually very, very superficial, which is in keeping with its 140-character nature.

Reddit has an "upvoting/downvoting" scheme where popular ideas float to the top of the cesspool, and unpopular ideas sink to the bottom.   When someone posts an unpopular idea on Reddit, they usually predicate it with, "I realize this will be downvoted, but...." and of course, it is downvoted, and once it reaches -10 or so, it disappears from the feed.

Reddit is interesting, in that opinions that marijuana is great, the Police are bad, criminals are just misunderstood, gun ownership is great, big corporations are evil, and so forth, get upvoted.   This is an interesting and scary profile of the Reddit user - some sort of Libertarian gun freak who smokes pot and hates the Police.  I wouldn't knock on their door late at night.   Quite frankly, I think most "Redditors" are mentally ill.

Reddit, by the way, posits itself as the "front page of the Internet" and was originally supposed to be a sort of a bulletin board where people could post links to articles they had read (hence the name, "Reddit" as in "I read it").   Unfortunately, what everyone wants to seem to read is not necessarily a balanced view of the world, anymore than Fox News is.   Since its inception, Reddit has devolved into something other than the "front page of the Internet" and if you want to get the latest news, it is not a sound choice.
Internet discussion groups are the same way, with "hot" topics which generate a lot of replies floating to the top, and stale discussions - even if relevant - sinking to the bottom.   Woe be to the person who "resuscitates" an old discussion!   They will be taken to task for "bringing back a thread from three years ago!" which apparently is worse that robbing a bank.

And the funny thing is, an Internet discussion group that is about, for example, old motorcycles, can readily be hijacked into a political discussion very easily.  Moreover, it is fascinating to me that someone in the group just assumes that since you like old motorcycles, you hate Obama and the evil corporations or whatever.   Usually, flame wars erupt.

Of course, there are also things like forwarded e-mails, which amount to the same sort of thing.   They are usually utter horseshit, and only the popular ones survive, getting forwarded over and over again.  Any unpopular idea, no matter how true it is, dies on the vine.

There is, of course, an exception to these rules - and that is Internet Shaming.   If someone posts a wildly unpopular opinion (something racist, for example) then it will get piled upon by people trying to "prove" how much better they are, by shaming the original poster.  And yes, this has resulted in people losing their jobs, careers, spouses, friends and family.   A misspoken word, a poorly worded or off-color joke, or even a typo in an e-mail, and it's all over.   In the real world, such things are quickly forgotten.  Online, they exist forever - and are mass-forwarded over and over again.

As as I noted, the purpose of Internet Shaming really isn't to shame the person in question, but to make the people making such statements feel better about themselves.   "Look at what a great person I am!" they crow, "I advocated burning down the house of someone who made an offensive Tweet!"  Irony is lost on these folks.

In the Social Media world, everyone feels good about themselves, pats each other on the back, reinforces each other's ideas, and then shouts down any unpopular ideas or ideas contrary to their world view.

Consider the poor bastard in California, who got into a fight with his daughter.   She took the keys to his new Porsche, and drove it into a concrete barrier at a toll booth at 100 mph.  The car was totaled, and she was splattered all over the toll both.   Photos started appearing on the Internet.  People immediately piled on, saying what a rotten guy the Dad was, for getting into a fight with the daughter, or by "giving her a Porsche" (the story gets mangled online as it is retold).   A grieving parent, shamed online.

Worse yet, the gristly photos of his daughter's body are reproduced over and over again, on gristly photo websites (yes, they exist.  Why, I cannot tell you.  It is not mentally healthy, though).   The Dad tries to have them taken down, to no avail.   The more you try to suppress such shit, the worse it gets.   So, some really sick people take to taunting him online, finding his e-mail address and then sending the gristly photos to him, so they pop up on his desktop first thing in the morning.

But that is just an egregious example of people intentionally trying to be evil.   The problem with evil isn't the folks who are evil, it is the folks who go along with evil, the folks who can't spot evil.  The so-called banality of evil.  People upvote evil on the Internet without realizing it. They "like" evil things and re-tweet them.   They have a mob mentality that is the ultimate expression of evil.

Thus, the problem isn't the evil Internet Trolls who put up annoying postings, it is the rest of us who respond to such trolls or postings, by liking them, re-tweeting them, or up-voting them.   Instead of listening to opposing viewpoints, we downvote or ignore ideas that conflict with our world-view.   And we tend to go off the handle without bothering to Google the issue or even fully read the article in question.   As a result, we keep reinforcing what turn out to be bad ideas.  We turn lies into truth, simply by attaching a hashtag to it.

A robber who assaults a police officer is turned into a civil rights hero overnight, and an entire movement is built around him.   People go off the deep end with shaming posts.  And someone gets the idea, based on all of this, that shooting two off-duty cops in the head is a swell idea.   Even after the Justice Department and the President of the United States step in, to highlight the truth, most people online still believe the lies.  Chances are, you do, too.

Now, I suppose that you could argue that this is nothing new.  People have believed rumors and lies since the dawn of time.   Conspiracy theories existed long before the Internet.   People would chose which paper to read based on the editorial content that mostly closely reflected their preconceived notions.   And perhaps all of that is true.

I guess what is different about the Internet is the speed at which these sorts of things occur - a speed far greater than reason can keep up with.   Events can occur and overtake us - become a hashtag and a flash crowd, long before anyone has time to sort things out.   The loudest voices are the ones carrying the day, not the most reasonable or most soundly researched.  Put up a story that the "big evil corporations" are "wasting food" and in short order, you'll have a hashtag for it.

I am not sure what the answer is, only that less social media in your life is a good thing.  Real information - real data - doesn't evaporate overnight in a Twitter feed.  Truth is often only readily apparent years after events occur.  Being "up to the minute" with Social Media often means being utterly uninformed as to what is really going on in the world.  If you are spending a lot of time and energy on Facebook, Twitter, or other online sites, chances are, you are squandering a lot of energy doing so, and ending up a lot less well informed.

But, I guess what is true for Social Media, is probably also is true for blogging sites.  Mea Culpa!