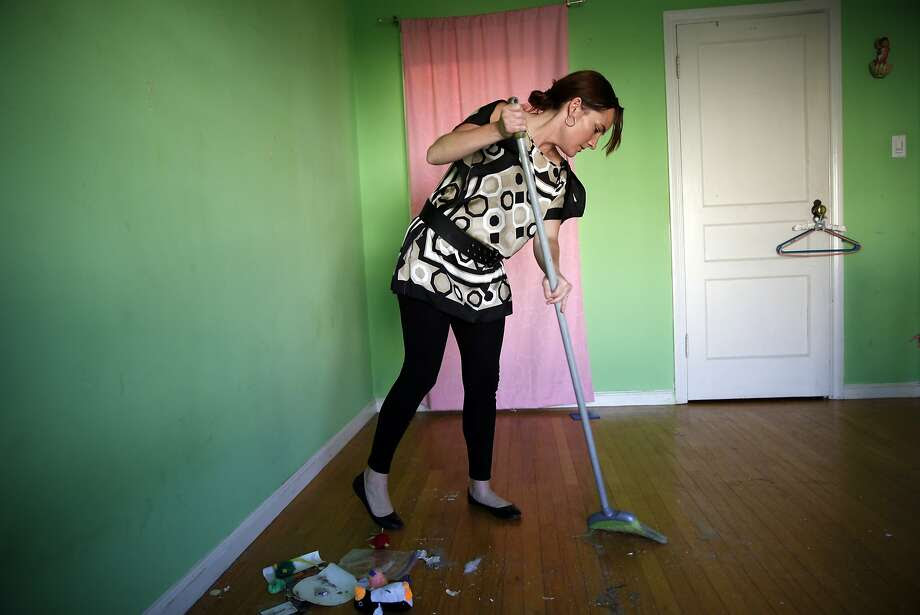 If you raise rents high enough, tenants will move out.  And vacancy kills, if you are a landlord.

The San Francisco Chronicle chronicles the plight of many renters in the bay area - rents are going up to outrageous levels, and many people simply cannot afford to live in the city.   Of course, like most media articles, you have to read the fine print: 72 percent of the SF apartment stock is rent-controlled.  However, condos and single-family homes are exempt from rent control, and people who aren't in rent-controlled apartments are paying dearly for rent.

(I will leave aside the arguments against rent-control.   One could argue that from an economist's perspective, that it is the preponderance of rent-controlled units that is partially to blame for driving up the cost of non-rent-controlled units.   If all rental units were rented at market rates, the overall rate of rent increase would be far less.   Instead, a few lucky people get below-market rates, while a lot of people pay well over-market rates.   But only an economist would understand that theory, the rest of you would shout it down as Capitalist heresy.   But it is true - fixing prices serves only to distort markets).

The story is nothing new to me.  Having worked for silicon valley companies for decades now, I have heard the sob stories of bay area homeowners as the price of housing skyrocketed and then plummeted, again and again, over the years.

To be sure, living in the bay area has never been cheap, at least in recent memory - since the explosion of the tech industry.   But there seems to be a pattern, where one industry becomes dominant, they hire lots of young engineers (today, coders) and the price of housing goes through the roof.

It becomes a cycle.  The companies now have to pay top dollar to attract good help.  I turned down a job offer for $125,000 back in the late 1990's, as the cost of housing was exorbitant back then - a two-bedroom house in a run-down gang-infested neighborhood, an hour from work, would have cost more than my house in Alexandria, Va.   It was a quality-of-life issue, and the quality of life they were selling sucked, quite frankly.

Companies got tired of paying huge salaries and realized that places like Arizona, Texas, and Colorado had a much lower cost of living, and that they could relocate to such areas, pay their employees far less, and they could enjoy life a lot more.  So they did.  And not by choice.  By then, the hardware business had taken a hit - hardware became a commodity, not a value-added product, and lowest possible cost and low overhead were the name of the game.   So silicon valley emptied out, and house prices plummeted.  The folks who bought at the peak got creamed.

Today, it is companies like Google and Apple (who can get away with charging a premium for hardware, at least for the time being) that are dominating the valley.  Coders, not Engineers, are the rock stars of the hour.   And again, housing prices are spiraling up, and salaries are too.   And you've read the stories in the paper about how the low-lifes in the bay area are throwing rocks at the Google buses which carry employees to work (because as we know, mass transit sucks, and these folks should all be commuting in individual cars, right?).   It is creating social strife, as it is creating a two-class system:  People working ordinary jobs, and those working tech jobs.

Now, a lot of people are alarmed by this, but having seen this cycle before, I predict the inevitable will eventually occur.   You can't keep raising the price of real estate indefinitely, as people will eventually be unable to pay.  We saw this in Northern Virginia in 1989.   We saw it again in South Florida in 2009.  We've seen it hit the bay area any number of times.   Tech crashes are as routine as cable car rides.   We'll see one again, in San Francisco, in the not-too-distant future.

And how do I know this?  Well, the family profiled in this weepy-piece did what was utterly predictable - they moved out.  The rent was too high, and they simply found other alternatives for their young family:

For now, Dwyer will keep her city job and suffer the brutal commute on Interstate 80. A sliver of good news: For a monthly mortgage of $2,400, the family was able to buy a house in Vacaville with four bedrooms and a front yard and backyard. And, to the chagrin of the urbanite, cows on the corner.

So the story does have a happy ending.   I suspect the Dwyers will find living in Vacaville more to their liking, and appreciate the lower cost of owning a home as compared to renting one.   They also will appreciate the better school systems, lower crime rates, etc.  The will probably find jobs there, too, as companies also flee the high-cost of downtown real estate.   It happens in every city, and has happened in the bay area again and again.  A new "edge city" is formed, as people flee the expensive and crowded urban areas.

When enough people do this - which according to the Chronicle article they are - then rents will have to go down.   You can't just set arbitrary rental prices and expect people to pay whatever you decide you want to charge.   There is competition, and there are other places to live, other places to work, other places to retire.  People do have choices, as the article illustrates.

Some folks - both landlords and tenants - may choose not to believe this.  But it is the God's honest truth.