Do You Need to Be Smart to Succeed? 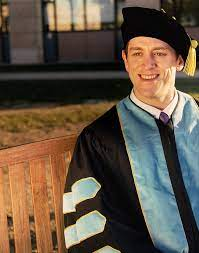 Success in life often has less to do with intelligence than one would think.

But note there is a difference between being stupid and making stupid choices.   The person whose scenario I profiled in that piece admitted (heroically) that "arrogance and stupidity" lead him to make a very dangerous life choice.   But clearly he isn't stupid.  At age 34 he has nearly a half-million dollars in his retirement account, and has paid down his mortgage considerably.   Obviously, this is a smart guy.

But it begs the question - do you have to be smart to succeed in life?   And the answer is complex.   Some very stupid people end up very successful in life.  Every time Donald Trump opens his mouth, we are reminded of this.   Although part of me is certain this is part of an act - right down to his accent.   He long ago failed as a "Real Estate Mogul" and now carries on as a reality show star and a brand-name, playing the part of a "rich guy".   And perhaps this "Presidential Campaign" which has no hope of ever succeeding, is part and parcel of maintaining that brand identity.    I am sure one of the Ducky Dynasty people will run next - what better way to keep a failing brand in the spotlight?

But the reality is (and reality, not reality television) that you don't need to be a freaking genius to succeed in this world, particularly in America.   And the converse is true, too.  You can be a freaking genius in this county and end up an utter failure if your thinking is skewed.  In fact, a lot of really smart people end up failing in life, mostly because they are too smart for their own good and literally think too much.

So if you've been thrown out of college or even high school, don't sweat it.  I was, and look at me now.  Bill Gates dropped out of college.  A lot of people who are successful did.  In fact, people whose college skills are really good, often end up failing in real life, as real life is not high school, nor is it college.   We really don't teach the right skills in this country, sadly.

The key to success (in my opinion, of course) is to have a modicum of ambition (obviously) and also to think rationally, not emotionally.

In the book The Millionaire Next Door, they profile the "average" millionaire in this country as more likely to be someone owning a chain of car washes than someone who is an investment banker (the former are far more common).   Maybe in the Billionaire range, it is all investment bankers and whatnot.  But that doesn't mean you can't be successful at less esoteric endeavors.   These millionaires next door are not PhDs or rocket scientists.

Chances are, a lot of them didn't do very well in school.   But they can add up a column of numbers on a piece of paper, and moreover be able to really appreciate numbers without thinking about it.   I have a friend, for example, who can look at a building and tell you exactly how many 2 x 4's you'd need to build it, with an error of less than one percent.  And this is not after scratching with paper and pencil and a calculator, but just after looking for a few moments.  Myself, I would spend hours trying to do it the "scientific" way, and probably not be as accurate.

In other words, the third aspect of being successful is to have some modicum of skills that are useful.   And by skills, I mean real-world skills that are useful in the real world.   A lot of very smart people in this country go to college and get degrees in "communications" or "anthropology" or "theater history" and end up underemployed or marginally employed, throughout their lives.   They are (fairly) smart people, but they really have no real skills, or at least not the skills they were taught in college.   And this is why college is such a bad bargain these days, particularly for useless degrees obtained at exorbitant prices.

But what about those earlier factors I talked about?   A modicum of ambition and thinking rationally?  Let's examine these more closely and realize they are connected.

When I was a kid, my elders were all smoking pot and protesting.   Today, a lot of kids are doing the same thing.   They decried ambition as "evil" and shouted down anyone who was successful in life as a "sellout to the man".   This still goes on today, in all types of communities.   Stoner college kids decry the "evil corporations."   Young black men intimidate their peers who are successful and claim they are "acting white".    It is a common thread, throughout the history of our country that we admire success and at the same time decry it.   If you want to be successful in life, expect to see a lot of your friends, family, and peers try to pull you down.

No one likes the smart kid in class who knows all the answers - I can testify to that.    But the "solution" - becoming a stoner and not knowing anything was of course, the wrong answer.   Marijuana, which I have written about many times here, is an ambition-killer.   And many a career and even life has been sacrificed on the holy altar of the gange.   And it is literally like a religion (or is a religion) to many - and the common denominator is shouting down success.

So if you want to get ahead in life, and can't figure out why it ain't happening, and you are smoking pot, well, there's a hint for you.   But it is a hint you won't take, as I know all too well.   People have to come to these things on their own accord.

But if you are not smoking pot but harbor a lot of ill-conceived ideas that "corporations are evil" and that anyone with more than two nickels to rub together is a "sellout" - you might want to reconsider those ideas as well.   People without ambition decry it in others.

And this is not to say you need to become a ruthless stock trader or evil landlord - evicting tenants on a whim and ripping off little old ladies' stock portfolios.   No, all you need is a modicum of ambition, such as the urge to improve yourself and your life.   Sadly, most people (stoners in particular) see only two extremes as being possible - utter sloth and utter rapaciousness.   There is a happy medium.

But this feeds into the second part of the equation - thinking rationally and not emotionally.   When someone blathers on about how awful America is, or how the "big corporations" are "evil" they are not really thinking rationally, but instead indulging themselves in emotional thinking.  Wallowing in it, actually.   It is fun to externalize and blame all your problems (and student loans) on Wall Street or Obama or whoever your piñata is this week.

And this is the sad part.  A lot of really smart people fall into the trap of decrying success and thinking emotionally and thus end up screwing themselves in life.   And when they see a lot of people who are dumber than they are becoming more successful, well, they somehow feel life has cheated them.

And I can see this in my own family.  My late sister was not an idiot.   But she chose to go to an all-girls "finishing school" instead of studying things that were hard.   She decided to marry someone whose religions and political views were opposite hers (and who had only a high school education) and then wondered why they never made any money or got along.   She stayed married to him to "prove a point" to my Dad.   Pretty stupid thing to do, for a smart person.

And when she saw nearly brain-dead people making good money and driving nice cars, no doubt this pissed her off.  So she doubled-down her bet and bought into the whole success-is-evil and the corporations and Republicans are taking over bit, which just made her short life all that much more bitter and angry.

On the flip side, I know a lot of people who are as dumb as a stone, who end up making a lot of money in life.   They work hard, save their money, and then invest it in their business (a real business, not some fantasy pipe-dream).  A guy who starts out as a welder or a pipefitter or even a truck driver, can end up owning his own small business - if he works hard, has a little luck, and doesn't do stupid things.

Sadly, most people who work in the trades never get ahead, because each paycheck is promised to the finance company for another bass boat, jet ski, or monster truck payment.   The man running the lawn service doesn't invest his surplus income in new equipment, but rather in useless bling rims for his work truck.   It is pathetic.

By the way, and this is off-topic, if you are hiring a tradesman, take a close look at his work truck.   If he has a no-nonsense truck that is designed for work and reasonably taken care of, chances are, he has his eye on the ball.  On the other hand, if he has bozo tires and bling rims on it, this is a guy who is not responsible with money, is likely in debt, and odds are will try to solve his financial problems by making them yours (by overcharging you).

And I guess that really isn't off-topic, but ties into emotional thinking.  The guy with the bling rims on this painting van is thinking emotionally - that somehow putting crappy Chinese rims and tires on what is a tool for working is a good idea.   The guy with the steel wheels and high-mileage tires is thinking logically.  Guess who gets ahead in the end?

So the point of all of this is what?   Simple.  Don't think that because you aren't a genius in school that you won't succeed in life.  Success has more to do with being ambitious, thinking rationally, and having at least some skills in life.   None of these three things are taught in school.

And on the other hand, you can be a real genius in school and fail miserably in life.  It happens more often than not.   And if this is happening to you, maybe a better idea than railing against the unfairness of it all, is to look to see what successful folks are doing, and then copy that.

I have achieved more success in life than many folks I know - folks who got better grades in school than I did.   The difference was, of course, that they were smart academically, but failed in real world 101.  And conversely, there are people a lot dumber than I am who are far more successful.   And the reason for that is simple:  I wasted a lot of my life thinking emotionally and feeling sorry for myself, rather than thinking rationally about how to get ahead.
Newer Post Older Post Home