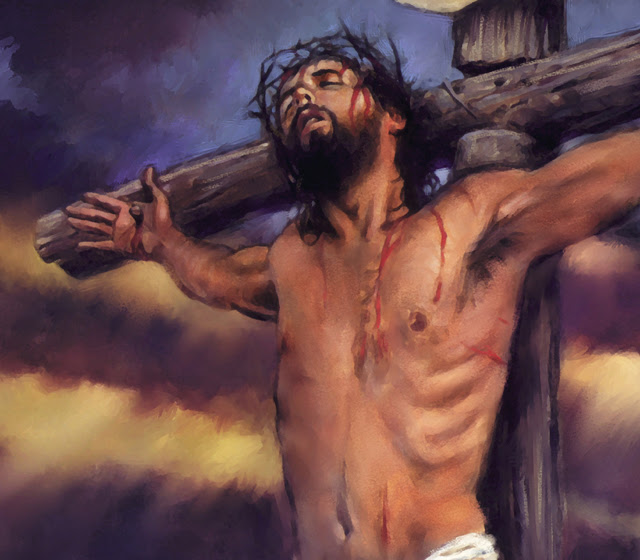 
Come down from the cross, we need the wood.  It is a popular sentiment, as many people today like to crucify themselves, it seems, for some greater cause or ideal.   The problem with this model of living is that (a) we didn't ask them to do this on our behalf, and (b) their "sacrifice" usually ends up accomplishing nothing - and hurting themselves in the process.

A reader writes that he wants to live a minimalist lifestyle, not to save money, but so that he earns the least he can, pays the least amount of taxes, and thus isn't fueling the "war machine".   Those are noble sentiments, and I have heard them before, growing up in the 1960's.   My older siblings bought into that sort of thinking, and they are now at retirement age and paying the price for it.

Why is this a bad idea?  Well, it is wrong on so many levels.

First of all, most of what you pay in taxes goes right back to you.   The government mostly spends money on its citizens, not the military war machine, which makes up less than 20% of your tax dollars.  So by not earning money, you are not really choking off the Pentagon in any real way, only cheating yourself and your fellow citizens out of one of the greatest social welfare programs on the planet (in terms of benefits and number of people served).

Second, your actions will only harm yourself, and not change our society much.  In fact, your influence on society will diminish the less money you make.   That doesn't mean you have to be Warren Buffett or Bill Gates to have an input on how the world works.   Obama was elected because millions of people sent him $10, $20, or $2000 (as I did).  If you are broke, you can't send him anything.   Voting is important, to be sure, but contributions to political campaigns are the real voice of America (and always have been) so get over it.   Be successful, be prosperous, and you will have a louder megaphone for your ideas.

Third, you will really hurt yourself in the process.  The peak earning years for Americans are from about age 30 to age 50.   Before then, you don't have the job skills to earn much money.  After that, it is not uncommon to be laid off or take early retirement and start a second career.   So if you spend your prime years taking a vow of poverty as a political statement, you will be seriously hurting when you turn 60 and want to retire on your savings.

As my friend Wendell the bass-player illustrated, working under the table for 30 years means you won't collect any Social Security even.   You could find yourself in quite a pickle at age 65, when the body is no longer able to do what it used to do, during your prime years.   You will regret not preparing better.

Fourth, while the intentions are noble (to save society) by not fulfilling your part of the Unwritten Social Contract you will end up becoming a burden to society.   You'll end up taking out more than you put in, and that is just being a social parasite.  And how is that noble - in any way?

I used to think along similar lines, when I was in my 20's.   I should do something to save the planet or change our society or help the cause or whatever.   One of my professors at Syracuse, Dr. Sol Gordon, gave me some great advice in this regard:

I was talking with him one day, and I asked him what I should do to advance political causes in my life.  I was young and felt that being a "causista" was something noble or desirable to do - after all I came from a family of such idiots.

His answer was concise and sound.

"What is it you are here at Syracuse University to study?" he asked.

"Then be the best Electrical Engineer you can be" he said.

You see, taking care of yourself is the first and foremost thing you should do, before you go running off to save the world to take on other people's "causes."

I realized later in life that by myself, I could not change the world - entirely.  As part of overall public sentiment, however, I could have some small input, for example, as a voter, and more importantly, as a contributor to a political campaign.

But there are other ways you can change the world - or your part of it.   You can do a job, and do it well - and do it ethically.   I mention many times in this blog, how so many people get financially stressed and so far in debt that they feel they cannot quit their jobs or blow the whistle on toxic waste spills, because they are more concerned about their Chevette payments or whatever.   If you can be financially independent, you can be an ethical player.

For example, I worked for a law firm that was a decent place to work.  They did good quality ethical work.  But then one partner decided that it would be a good idea to represent one of these invention broker companies.   I had problems with that.  I quit.  I could afford to.  Others, with hefty mortgages, felt that had to go along with it.  Of course, it was also a smart personal decision as the law firm ended up getting some bad publicity over that, and later on, disbanded.

Later, I testified against an attorney who was representing one of these invention broker firms.  Did it do much good?  I am not sure.   But few other attorneys were willing to do so.   I've also tried, in my Patent Blog and this blog, to alert people to these sorts of cons, as well as other types of raw deals and outright ripoffs.   What I have discovered is, most people don't want to hear it.  They will fight you and defend their financial abusers.

It turns out, I learned, that the biggest reason most people get into trouble in life has more to do with their own actions, than those of others.  And in that regard, you can't save people from themselves, but you can try to save yourself - which is a far easier task, quite frankly.

Even the "war machine" he decries was fueled not only by tax dollars, but public sentiment.  Right or wrong, after 9/11 most Americans wanted revenge, even if it was on the wrong country.   Public sentiment put an end to those wars, (well for the most part - as we are finding out, starting a war in the Middle East is easy.  Ending it, another story).   Not paying taxes?  I am not sure that will accomplish much.

So, I commend my young reader for having noble sentiments and being public spirited.   But I would caution him not to invest his entire life in trying to help out a lot of people who really don't think they need his help - sacrificing his own life in the process.

Because, 20 years from now is too late to change your mind.   And 20 years from now, as a 55-year-old with creaky bones, outdated job skills, and limited earning capacity, one might wish that the golden years were spent putting at least something aside for old age.