The Price of Stupidity 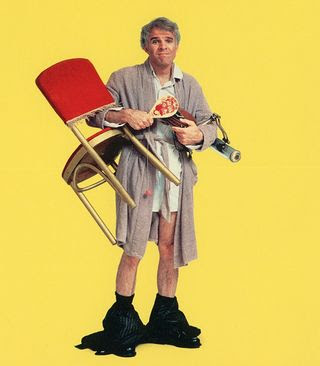 Being stupid is very, very expensive!

On Reddit the other day, this interesting plea for help:

You have to hand it to this guy, admitting to "arrogance and stupidity" - albeit a bit too late.   That took some courage to admit.

I did not see the explanation for his odd life choice, but I suspect it may have been one of those "I'm not signing up for O-BUM-A Care, just to show the Gub-ment what for!" kind of deals.  (They do, after all, live in Missouri).

And sadly, a lot of people - egged on by conservative talk-show hosts and their peers - are making the same stupid life choice.   They are going to go without insurance "just to make a point" and risk a tax lien on their bank account, by not paying the "fine" for not having insurance.  It is just being stupid for the sake of being stupid.

Regardless of his reasoning, it turned out to be a stupid life choice, and one that could have bankrupted him and his wife.

Fortunately, this story has a happy ending:

EDIT - As of 2:49 AM CST on 6/25/2015 - I just got off the phone with someone very kind on the ACA helpline. We figured out together that losing my unemployment insurance in August counts as a life changing event and therefore as of August 1 I am able to enroll myself and my wife into a plan. She is eligible for the full subsidy and will have almost 100% coverage for $40 per month. I am so happy that I'm crying.

Wow, the people at the ACA are actually nice.  Fox News has been telling us for years that they are all jack-booted thugs who can't wait to have Grandma euthanized!

I wonder if he'll still vote Republican in the fall - knowing that if they win the White House and Congress, his wife's insurance will go bye-bye.    In other words, the jury is still out on his "arrogance and stupidity" and by 2017, his insurance could be cancelled, unless Hillary wins the White House.

Those are the real stakes in this political game.  Really.  It is literally life-or-death.

On another front, the Supreme Court said that same-sex marriage is legal nationwide.  "Not so fast!" says Alabama - whose Supreme Court Judge vows not to recognize such a decision.   Some counties in Alabama are just abolishing their marriage licensing completely, forcing couples to marry out-of-State or at least in the next County.   That's really got to piss off the local wedding planners, eh?

An Australian couple, apparently desperate for attention, claim they will get divorced if same-sex marriage is legalized in that country.   A nice political statement, but one that could really cost you a lot of money, in terms of taxes and legal fees.  And let's not forget child custody issues.

At least here in the States, the main impetus behind gay marriage is not to get the Baptist Church to recognize same-sex couples, but to get the IRS and the Social Security Administration to.    It comes down to money - quite a lot of it.  That is the impetus behind these laws and legal challenges.

Simply stated, if you are not legally married and your "spouse" dies, and you inherit their IRA, you may have to pay about half of it, right away, in Federal and State taxes.   This could really put a damper on your retirement plans.  If you are legally married, then the IRA may roll over into yours, and you may only pay about 15% in taxes, when you take money out to spend.   It means a big, big difference.

So, if you are thinking of getting divorced to "make a protest" about same-sex marriage, think it over carefully.   If you are not signing up for the ACA as some sort of "protest against the government" then think hard about what happens when you or your wife gets sick.

Because, quite frankly, people won't feel sorry for you when you make stupid life choices.
Newer Post Older Post Home