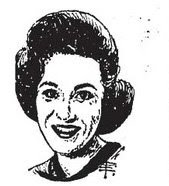 Why do people ask for advice?  I never do.

As I noted in another posting, this is not an advice column.  I don't give advice.  Why?  I'll go into that shortly.  If you find something here of interest, good for you.  However, I reserve the right to be totally and utterly wrong about everything - we all often are, you know.    I don't give advice.  Here are some ideas that have worked for my life.  It is up to you to see if they apply to your life and how, if at all, they would apply.

Advice is an interesting thing.   While I tend to research things and ask questions, I tend to come up with my own solutions based on this research.   I never go to someone and say, "I want your advice, what kind of car should I buy?"   Rather, I look at about 100 cars, research their pricing, features, and reliability online, talk to people who have owned a similar car, and then make up my own mind.

It seems that others want to cut to the chase and say, "Just tell me what to do!" which I find both appalling and alarming.

Asking for advice is often a passive-aggressive game.  It is also a way of seeking attention.  Let me explain what I mean by these two things.

For example, with regard to the first, a friend asks if they should rent a house or buy one.   They tell me just enough information to steer me to the decision they have already made.   This is the first aspect of passive-aggressive behavior.

As an Attorney, I see this all the time. People call me up and give me a fact scenario that is obviously biased to come to one certain conclusion.  They don't so much want my legal advice as they want me to validate the decision they have already made.   But sadly, as an Attorney, I am trained to look for this sort of thing.  I ask questions, pick at the edges of their "stories" and get at the truth, which often exposes a lot of information that indicates they are making a poor choice.   This often frustrates the client, who wanted me to agree with their foregone conclusion.  I usually decline to represent such clients as they are deceiving me and themselves, and their legal matters are headed for the rocks and when they do, well, they won't be blaming themselves for their woes, believe me!

On a personal level, I see the same thing.  Getting back to my friend who wants to rent or buy, they tell me it will cost $750 to rent and $650 to buy.  Sounds like a no-brainer with this limited data available.   But as I explain to them, as an owner, they have to maintain the house, so they will have to budget for a new roof, furnace, and major appliances, every 15 years.  That could easily eat up that $100 delta in the price advantage department.   Also, they are taking a risk that the housing market will go up in their area.  Finally, they are getting an adjustable-rate mortgage, which is risky.  Also, they still own their old home, which they hope to sell to pay off the mortgage on the new home - which is another risk, if they can't sell it right away.  I tell them all of these things.

Their response?  "Well, since you advised me to buy this house, I guess I had better do it!"

But I never advised them to do anything, other than to consider all the angles and possible outcomes.

You see how the game is played.  Passive-aggressive behavior.   They buy the house, and if it all goes horribly wrong (needs a new roof and furnace, interest rate goes up, they can't sell their old house, etc.) they can then blame me for "advising them" to buy it, even when I said no such thing.

I merely pointed out the pros and cons of such a transaction - they took it from there.

And I guess that is why people play this "advice" game.  They don't want to make a decision on their own (scary! scary! run away!) and it is a lot easier to externalize these decisions and foist them off on friends and family or acquaintances, and thus be able to blame them when it all goes wrong.  "I was poorly advised" is a common refrain heard through our passive-aggressive land.

It is, also, a way of seeking attention, I guess.   Consider the fellow in a previous posting, who decided for one reason or another that health insurance was not necessary, even though he could clearly afford it, as he had nearly a half-million in the bank (!!).   Part of his query, I think, was an effort to attract attention.  After all, dozens, if not hundreds of people responded, all concerned about his situation!  He is suddenly the center of attention!   And let's face it, we all like to be the center of attention on occasion.

So asking for advice is one way to get attention - from friends, family, co-workers, etc.  It is a way to get talked to, talked about, and to talk with.   Hey, we all get lonely.  Just ask for advice, and you'll have friends!   And serial advice-askers end up being the friend with the perpetual problem in short order, as they keep asking for advice about the same problem over and over again, and never take any advice or even try to come up with their own solution.   It gets old, really fast.  It ends up driving people away from you.

And it is human instinct to want to help by giving advice - an instinct we should all squelch as strongly as possible, as it is a trap.   As I noted above, you give advice, thinking you are being "helpful" and you'll end up being blamed when the advice goes wrong.   And it often does, because the person asking for advice failed to mention several important factors to consider in the situation, and did this on purpose, as they wanted you to give the answer they wanted to hear in the first place.

The upshot is that you are draining your emotional energy listening to other people's problems.  It is tempting to intervene in other folks' lives, but it is far more important to take care of your own life before you go rushing off to help people in need.  Chances are, the person most in need in your life is you and the person asking for advice really just needs to work things out for themselves.

So what do you do when someone asks for advice?   Well, in the law, we do something called "issue spotting".   This is what you do to pass law school exams - spot the issues.   You needn't provide the correct answer to the legal problem, so much as spot what the issues are and then give the arguments for and against.   After all, it is judges and juries that provide the answers.  Lawyers can only spot the issues and argue them.

Similarly, if someone asks for advice, the best thing you can do is spot issues that maybe they haven't considered (such as advising my home-buying friend to consider maintenance in their ownership math, as well as the risks involved) and then encouraging them to figure it out for themselves.

But as my experience there illustrates, even these oblique comments will be construed as the advice they wanted to hear all along which in this case was "yes, absolutely, you should buy this house before you sell your old one, what could possibly go wrong?"  But that's not what I said.

So, you have friends who play this passive-aggressive game with you.  What do you do?   Well, find new friends is the only answer I have.  Because when someone asks you for advice, and you tell them you don't give advice and they take than answer as advice and tell all their friends, "Bob told me to buy this house!" then they really are not being your friend, are they?   Limit contacts.   Move on with life.  There are 330 million people in this country.   You won't be lonely for long.

It is far better to have friends who have their shit together enough to figure shit out on their own.   It is fine to talk about opinions and ideas, of course.  But when folks come to you and ask for a "how to" life hack, run away as fast as possible - that's all I can say!