The Retirment Meltdown is Here.. 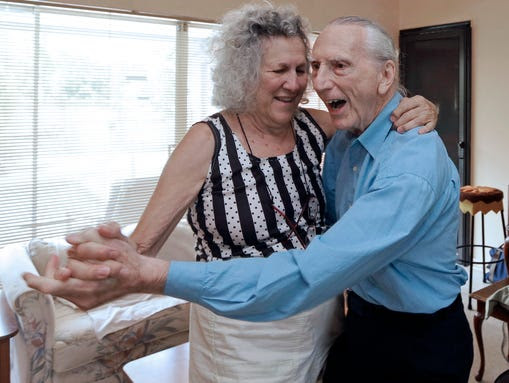 When people make horrifically bad financial choices and are then faced with a bleak retirement, do we blame them?  Or is this a predictable outcome of a system we have created that forces everyman to be a sophisticated investor?  The only real answer is, of course, don't make the mistakes these people made!

A reader sent me a link to this article, which describes how the 401(k) generation is really screwing things up in a big way.   Retirement is hitting these folks like a baseball bat to the head.  As my reader notes, "[There are] so many problems with this story."

You want to feel sorry for these folks, but then again you don't.

But that is the problem with the self-funded retirement.   Smart people and Idiots both have to save for retirement.  The idiots, of course, will predictably do idiotic things.

This is all going to blow up in a few years.  It is starting now...  It is pretty much what I have been saying would happen, in my blog.  From the article:

"Many Boomers didn't save enough, invested badly or raided their retirement accounts."

That pretty much sums it up.  Add in, "Many boomers refinanced their houses over and over again to take out equity to pay for cars, remodeling, vacations and the have-it-all-now and pay-later mentality".

About half the homes here on retirement island are paid for in full.   But a lot are not.  For pensioners, this is less a problem, particularly when husband-and-wife are both retired NYS school teachers each pulling in $70K  a year.

For those retiring on their savings?   Ouch.

Oh, and there are a few who have done the reverse mortgage thing as well.

"Snyder, who gets by on a $1,215 monthly Social Security check, says she didn't even know that her husband, Theodore, had taken out a $225,000 reverse mortgage on their Las Vegas town house. When he died in 2010 at age 77, the bank wanted its money back and "would not talk to me," Janet says."

Typical of most married couples - they don't talk about money.  And Dad takes out a reverse mortgage that doesn't list his wife on the policy, so it would continue after he dies.   Of course, this meant he got more money in the short term.  And after he's dead?  Fuck her!

Others, of course are complaining because the caviar and champagne are too warm:

"In mid-2010, Tod Lindner lost his oceanfront home in California's Marin County. He ran into trouble after the finance company that employed him was acquired and the new owners refused to pay him fees he thought he was owed and which he was counting on."

Wow, someone loses an oceanfront home.  Hard to feel sorry for him.  He could have sold it and then lived like a schmuck like the rest of us....

People are just plain greedy, convinced they were financial superstars, and that they would "beat the system".  The system beat them:

Greed, plain and simple.  And what my Fidelity guy says I should do.  Bad advice!  In retirement, you want no debt, not more debt.  And no, borrowing money to "invest" is not "investing" it is just borrowing and them gambling with the proceeds.

Like our reader said, so many other problems with the article.  People getting greedy, being unrealistic, and just plain stupid.

This one stands out:


"At the time, Lowe was making $51,000 at an environmental consultant. Kanz was experimenting in commercial fishing and earning around $10,000."

Experimenting in commercial fishing?  I think that's another way to say "unemployed".  They took out a "liar's loan" for a whopping $350,000 at the height of the bubble market, and claim that someone else lied on the application.   And of course, it was an interest-only toxic loan that is set to explode in their face.   They should walk away from the house, but instead are suing the finance company.   Welcome to America.   Sad thing is, they'll might even win (it is California, after all).

I guess the really sad thing about this article is just that - it posits all these people are victims of the economy, finance companies, banks, employers, or whatnot.   It doesn't really drive home the point that these folks made some really bad decisions with large amounts of money - hundreds of thousands of dollars worth.

And sadly, the implication is that we should bail these people out for making bad decisions.   Folks who "had it all now" and lived the high life, while the frugal scrimped and saved.   And the frugal will be asked to pay for these spendthrifts' retirement now - I guess including oceanfront houses and $350,000 mortgages.

The reality is, of course, that few, if any of these folks will get "mortgage relief" through litigation or other means.  Few will be made whole.   Most will have to live with their decisions, which will mean having to live on Social Security, move in with their family members or friends, or buy that park model in the over-55 community.  Retirement for them will suck, and they will constantly be worried about money.

And I say this because I have seen it happen to friends of mine - who blather on about the "good old days" when they leased a new Cadillac every year but now can't afford to put gas in their old clunker.

The poor will always be with us because people will always make poor decisions.   And when it comes to the 401(k) retirement, a lot of people are just not planning at all, or planning very poorly.