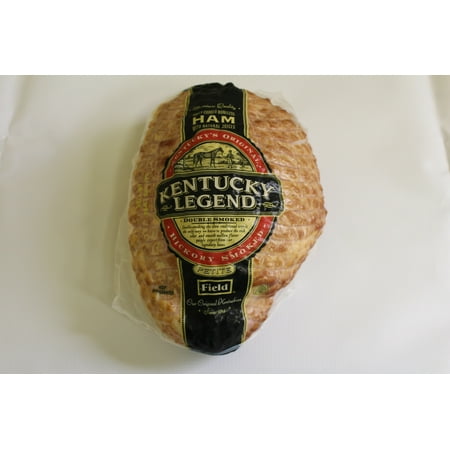 Deli Meats are probably not very good for you.  They can also be expensive.  There are alternatives, however.


Usually when we make a trip to the grocery store, we stop  by the deli to get some deli meats and cheeses to make sandwiches fo r lunch during the week.   Wal-Mart has good prices - many deli meats are around $6.99 a pound (versus over $10 a pound at Publix) and cheese are fairly cheap, too - about $7 to $8 a pound.   They even have a "deal" where if you buy one pound of deli meat, you get a half-pound of cheese for "free" - all for $9.  This is a good deal if you buy Pastrami at $10.99 a pound and basically get the cheese for free - but that shit's not kosher (mixing meat and cheese).

But the hassle of waiting at the deli and the cost have forced us to look elsewhere.   You can buy pre-sliced swiss at the wholesale club for under $6 a pound, sometimes a lot less.  And recently, we found something called "Kentucky Legend" pre-sliced Turkey and Ham in the meat department (NOT the deli department)  for $5.22 a pound (or less!), which is far less than the $6.99 a pound. they charge in the deli department.

The quality is better, too.  First of all, it is thick sliced which is easier when you are making sandwiches or adding meat to a salad or whatever.  Most delis slice meat razor thin, or worse, cheese razor thin, and it ends up as a massive blob than you cannot pick apart later at home.

But is it fresh?  Well, it comes in a shrink pack of about 3-5 pounds, and it is the same shrink pack that the ham and turkey comes in at the deli department.  So in terms of "freshness" it is a wash - in fact, deli meats are generally preserved meats anyway - how do you think Ham was invented in the first place?

So today, we skip by the deli department and buy the Kentucky Legend pre-sliced turkey and ham, as well as pre-sliced swiss cheese from the wholesale club or Wal-Mart (often priced less than the deli as well!).   The thicker slices are easier to deal with, and also cheaper in terms of price per pound, sometimes (in the case of the ham) almost half-price.

Sliced some up this morning and made a ham and swiss omelet!   Yea, I know, a real heart-healthy meal.  At least it was affordable!


UPDATE:   A reader notes that these types of foods are not "heart healthy" (actually several readers noted this.   I agree.   But once in a while.... )

No, Virginia, I wasn't given free food.  Because I am too stupid to think of such things.  Also, I ain't selling out for a bag of chips!  If I mention a product on this blog, it is because I bought it with my own money and liked it.

My monetezation experiment is reaching the six month mark, and I am not sure I will continue it past one year.   Yes, it generates about $200 a month in income.  No, that isn't the price of integrity.

UPDATE:  Today (11/10/2017) we went to Wal-Mart and found no Kentucky Legend products other than tiny packages of "artisinal" meats at much higher prices.   Wal-Mart is moving upscale.  I stopped at Winn-Dixie to get some distilled water for the golf cart and found.... Kentucky Legend turkey, at $6.99 a pound.

Wal-mart is just another store these days - one with higher prices that the competition, in many cases.