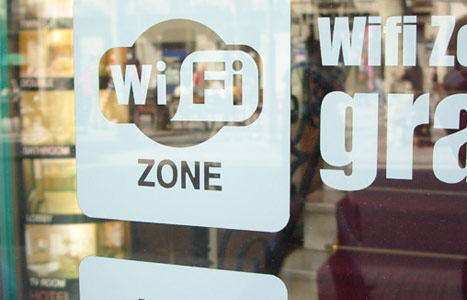 When traveling by RV, you become dependent on the cell phone and local WiFi to communicate. Keeping track of your bank balance and catching up with emails is important, and you need some method of accessing the internet in order to do so.

In past years, we relied on Wi-Fi from internet cafes and campgrounds and hotels in order to go online. We would lug our laptop with us and log on - or try to log on - to the local wifi network and check our bank balance and answer emails.

A year or so ago, we bought to used Samsung Galaxy 4 phones on eBay for $99 each.  We use a GoPhone plan for one of them which costs $40 a month and provides us with 3 Gigabytes of data and unlimited calling. The other phone, which I use, uses $100-a-year basic GoPhone plan for voice only, which provides a thousand minutes.

For data usage, I simply setup Mark's phone as a WiFi hotspot and then piggyback off his data plan.  To date, we've never hit the 3 Gigabyte limit, and supposedly our unused data rolls over to the next month. Either AT&T is not enforcing this limit or we have rolled over so much data we don't need it.

What's interesting to me is that for a campground owner or hotel owner or Cafe owner, there are two choices in providing data access for your clients.  One would be to have better cell service which would allow everyone to go online and download data and also receive texts and voice calls.  This is arguably more attractive solution as today people are more oriented toward their cell phones.  Not only that, it requires little or no effort on the part of the business owner and they don't have to become technical experts in handling WiFi routers and configuring them.

The other alternative, providing improved Wi-Fi to your customers, is an expensive proposition. You have to pay for the connection to the internet, you have to pay for the routers and antennas and repeaters, and you have to pay somebody to configure it all and maintain it.  You also have to deal with complaints from customers when it all doesn't work properly - as it often doesn't - as Wi-Fi appears to be 50% science and 50% magic is most RF systems are.

For me, the solution would be simple.  As a campground owner or other business owner, rather than spend money on an elaborate WiFi network and high-speed data access, I would petition the phone company to install more cell phone towers in my area. This would be a more painless solution and involve a lot less work on my part and also cost less in long run.

And I think going forward, this is where things are going to go.  It is so much easier for me to connect my laptop to Mark's cell phone via WiFi and download even a 96 page document out in the wilderness with only two bars of service, than to struggle with some half-assed configured router from some local Bubba who doesn't know what he's doing.  It is also more secure.

The concept of free Wi-Fi is dead.  There is really no economic motivation for business owner to provide WiFi for their clients, as it is just a real hassle and fewer and fewer people will actually use it when they have 4G cell service for better.

Sure, Wi-Fi will still exist, as people will use their cell phones as WiFi hotspots is Mark and I do.  I can connect my laptop or my cell phone or pad device to Mark's phone through WiFi and access the internet at remarkably high speeds.  And the cost to me is basically nothing, and the system almost always connects effortlessly.

And GoPhone is fairly inexpensive too, costing us only $40 a month ($40.75 with tax, with autopay). Speaking of which, I ran into a young man who told me that his wife and kids are all on a group plan that costs $260 a month for 4 cell phones with 3 gigabytes of data.  I was kind of appalled he was paying that kind of money.  He told me he doesn't even get a free upgrade to a new phone every few years even though he spends that much money a month which I would consider to be close to a car payment.  He could go on GoPhone for $163 a month, taxes included, with no contract.

Stranger still, some folks pay an extra fee every month to use their phone as a hot spot - which many people never even bother to do (when I log onto WiFi, I can see a lot of people have their cell phones set up as hot spots, but can't all be possibly using them as such - and they wonder why their battery life is so short!).

Don't get me wrong, if a business owner has a strong Wi-Fi network I will connect to it, rather than use our own data.  But so far it seems that data usage has not been an issue.  Toss in security concerns, and well, 4G beats free WiFi every time.
Newer Post Older Post Home