The Problem With Timing Bubbles 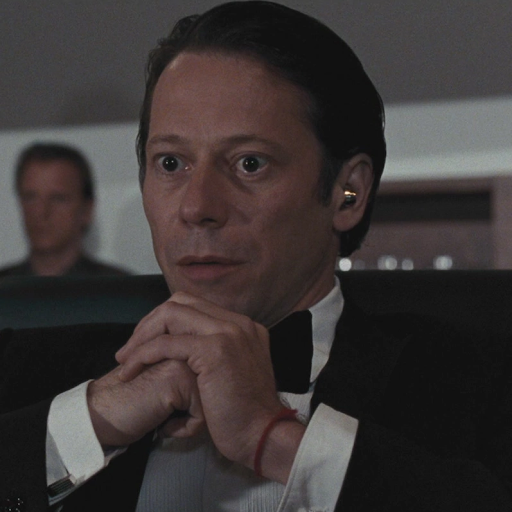 Elon Musk looks like a Bond villain, but will probably be a victim of the next tech bust.
Bond villain Dominic Greene from "Quantum of Solace"


A reader alerts me to a recent New York Times article that tries to define when a bubble will burst and whether we are heading toward Tech Bubble 2.0 (or 3.0, I lose count).    The article starts off with this humorous description of what bubbles are like.

At the height of a market mania in 1967, the author George Goodman captured the mood perfectly, comparing it to a surreal party that ends only when “black horsemen” burst through the doors and cut down all the revelers who remain. “Those who leave early are saved, but the ball is so splendid no one wants to leave while there is still time. So everybody keeps asking — what time is it? But none of the clocks have hands.”

And that right there is the problem - you want to leave the party early, but everyone is having so much fun.  I left the party early in 2005 before the Real Estate Bubble burst and everyone told me I was a party-pooper.   I should have known when to leave before the Stock Market melted down as well.   But we survived that, mostly by hanging on.

The article goes on to point out some indicators of a possible bubble - companies with outrageously high P/E ratios that are leveraged heavily and are subject to regulatory whims.   I wonder who that would be this time around?

Oh, right, poor Elon Musk and Tesla.   Don't get me wrong, I am a fan of Mr. Musk (but not a fan-boy) and the electric car is the future of technology.   It is just that he is trying to build a car company from scratch - an heroic task if there ever was one.   And it could all be for naught in an era of cheap gas, cheap natural gas, and increasingly hostile regulations from the Trump administration, directed toward both electric cars and solar power.

Tesla is presently losing money and has a negative P/E ratio.  Even the best estimates show the P/E ratio at over 350 by 2018, dropping down to a still-staggering 80-plus in 2019.   And a lot can happen between now and 2019.   Musk is betting the entire company on the new model-3 electric car, and it has been rushed into production. While advanced reservations are coming in at over 1800 per day, Tesla has also lost 63,000 reservations (they are refundable) over the last year.

I am thinking maybe a couple of things are going on here.  First, the reservation deposits are refundable (unlike Elio, who still managed to garner about 60,000 reservations for his non-existent car).  So there is little risk in taking a flyer on Tesla and changing your mind later.  And many might have changed their mind once they realize the $35,000 model-3 costs more like $44,000 and up, and that if you want the cheaper model, you had better be prepared to wait until well into 2018 or 2019.

By then, people may have decided that at $2 a gallon, a good used Camry is not a bad alternative, and the $1500 it costs to install a charging station in your home would buy about 750 gallons of gas - propelling the used Camry for at least two years.  Throw in the $200 a year electric car registration fee we have here in Georgia, and it becomes less appealing (and expect more Red States to inflict such regulatory punishments in the future - and today, nearly all States are Red States, because the Democratic Party has been asleep at the switch).

Maybe some other Tesla reservation holders decided to not wait and buy a Chevy Bolt instead.  Or maybe they thought they could sell their place in line in the reservation queue.  Who knows?

But even if we assume the model-3 is a hit - and there is no reason not to think so - the P/E ratio shows a company that is severely overvalued, today, tomorrow, and at least two years out, possibly more.   A few hiccups in the market and people will pull back and look again at companies like Tesla and Amazon.  Amazon is making money, to be sure, but not enough to justify its share price.

The problem with these bubbles, is that all it takes is for a few people to panic, and the party is over.  Then everyone flees in fear and if you are the  guy sitting on a lot of cash, you might be able to buy something at a bargain price - but even then, it is dicey.  Timing markets is the hardest thing to do and a lot smarter people than you and I went broke trying to do it.

The Times article left out the one primary indicator of a possible bubble - and that is articles talking about whether there is a bubble or not.   It seems that in each of the bubbles I've been through, from the Real Estate crash of 1989, the tech crash of the 1990's to the Real Estate crash of 2007 and the market crash of 2009, I recall reading in the papers, lots of long-winded articles about whether there was a bubble - usually published right before the bubble burst, and usually decrying that a bubble exists at all.

I would say that is the prime indicator.  If people are thinking "Gee, I wonder if this is a bubble or not?" it probably is.

We are already seeing signs of retreat in the Canadian Real Estate market (which has never had a bubble of course!) despite Warren Buffet propping up a failing mortgage bank.  Papers are decrying bubbles in California, Denver, Washington and New York. When houses become unaffordable, people will stop buying them - it is a pattern I have seen three times in my life so far and a lesson I have well-learned.   Rising interest rates, triggering higher mortgage rates, may in turn lead to a decline in sales, which could be the trigger for a decline in the market.  Sort of like what happened, oh, I don't know, exactly a decade ago?
Newer Post Older Post Home