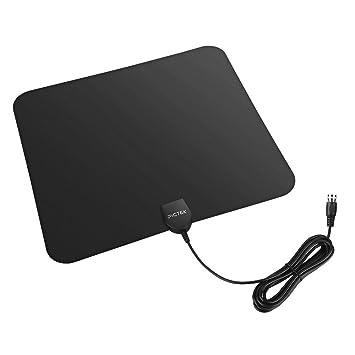 Can you watch television for free?  Well of course you can.  Just like you can listen to the radio for free.  Few do, though.


A recent online article claims that Millennials are "amazed" that you can get television for free off-the-air.  I am not sure if this is supposed to be sarcastic or not - some sort of Onion-like article or just another case of Millennial-bashing.

Of course, long before there was cable TV, we got analog NTSC 525-line television off the air using a "rabbit ears" antenna or even a rooftop mount.   It worked OK.  You got maybe the three networks (NBC, ABC, CBS) and maybe PBS on UHF if you were lucky.   In larger metropolitan areas, you might get a half-dozen channels or more, particularly if you invested in a rooftop antenna.

Cable TV back then was a rural phenomenon, started in Pennsylvania by a guy who started a company call Jerrold that made line amplifiers.   He put an antenna on a nearby mountain so he could watch Philadelphia stations.  His neighbors asked to tap into the line, and he invented the temperature-compensated line amplifier to boost the signal.  It was mounted in a coffee-can.   Some of those original line amplifiers lasted decades.   I've seen them mounted on plaques in offices of cable companies as trophies.

No one noticed.  Since most people were on cable, few bothered to dick around with an antenna to watch the same channels they already got on cable.  Besides, the reception often sucked.   You need a strong signal for digital or it bombs out - the frame freezes or jitters.   With analog NTSC, if you had a weak signal, it just got more and more "snow" - I grew up thinking snow was part of every television program.

The problem, of course, is that off-the-air television is the worst of cable.  The network shows are interrupted all the time with ads - tons and tons of ads - which makes viewing a real chore.   The local stations also broadcast home shopping type shows and lots of Jesus stations and "sponsored programming".   If you are lucky there may be a movie channel, but again, edited for time and plugged full of ads.

So yes, it is free, but you get what you pay for.   Television today is worse than when I was a kid, because a 30-minute program back then was 22-25 minutes long.  Today, you are lucky if they are 15 minutes long - half ads, half programming.   Advertising killed the goose that laid the golden egg.   And saturation advertising will similarly kill off online viewing, over time - or at least free online viewing.  Already watching Youtube has turned into a chore.

But I guess since I monetized the blog six months ago, I can't afford to throw stones.

As I noted in another posting, we have a 12V flip-down television (designed for the back seat of SUVs for the kiddies) that plays DVDs, mounted in our camper.   It had an analog input (for old-style NTSC video).  At a campground, I found in the "free book" pile, a brand-new digital-to-analog television converter that someone was throwing away.   On a whim, I hooked it up and bought an antenna at Radio Shack.

My gut reaction is that it wasn't worth it - at free.   It barely gets channels at the rural campgrounds we stay at, and what it does get (informercials, home shopping, Jesus, cartoons) isn't worth watching.

But hey, if you want to watch "television" for free, you can.  But a better bet is to not watch it at all, as it is just chock full of poor normative cues about consumption and debt.  After a few hours of television, you'll thinking buying a $50,000 SUV is a swell idea, a "miles" credit card is a real bargain, and that re-mortgaging your house is the solution to all your debt problems.