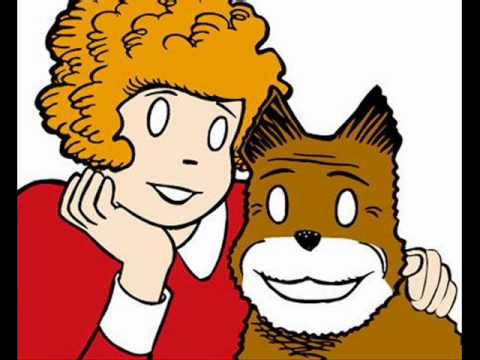 People make it sound that being an orphan is like the worst thing that can happen to you.   But I wonder sometimes, if orphans don't have a leg up on the rest of us, even without a Daddy Warbucks to help them out.


Many orphans end up being fabulously successful in life, which seems odd, as you would expect that coming from adversity, they would end up disadvantaged later in life.   At least that is the narrative the Left sells - how much your parents made or how you were brought up is utterly determinative of where you end up in life.

But perhaps since orphans are not stifled with parental expectations and ties, they are free to pursue the life they want to lead, rather than the life their parents think "is best for them."    They can form relationships without worrying whether Mom and Dad will like their spouse or not.

And being an orphan, perhaps, forces one to learn to take care of oneself, at an early age.   You learn survival skills that many ordinary children from a two-parent household, take decades to learn.  The number of 30-year-olds are living in their parents' basement attests to this.   When you have that option of total parental support, it is tempting to take it.   When you have to fend for yourself, you learn how to, fast.  You learn to value money and the independence it brings.

In my case, living with my parents was just not an option - for me, anyway.   They wanted the kids out of the house, and I was the last to go.   And the feeling was mutual.  I wanted out as well.    So no living in my childhood bedroom and playing video games all day long.   I had to get a job and an apartment.   It was the best thing that happened to me.

Now, some folks have different definitions as to what an "orphan" exactly is.   For some, it means both parents are dead.  For others, it means than one or both parents are dead - or that they have run off or disappeared.   And it goes without saying that in order to be an "orphan" your parents have to disappear when you are a kid, not an adult.   All parents die eventually, so we all become orphans, if we allow the definition to follow us all our lives.

This list of notable orphans is pretty impressive.   Of course, you could argue (and I would agree with you) that there is an even larger list of notable non-orphans.  Being an orphan or not may have little or no impact on your personal success, which may be based more on your personal choices than your personal circumstances.   On the other hand, perhaps having to fend for yourself at an early age is a motivator in life.   When things are handed to you - as they are for most middle-class kids today - you don't learn survival skills or how to take care of yourself.
Newer Post Older Post Home