Pulling All the Wrong Levers 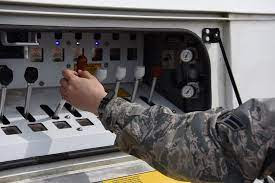 The problem with the economy isn't any one thing, but one guy pulling all the wrong levers.


A reader asks me why I am bearish on the economy.   Part of it is just the predictable cycle of boom-and-bust which has plagued mankind since we left caves.  And coming off the longest bull market in history since World War II, well, we have to expect at least a correction, if not recession.

But the big problem is the big guy at the top, doing exactly the wrong things in response to economic conditions.

In a bull market where everyone is making money hand-over-fist, we don't need more stimulation of the economy.   Now would have been a good time for tighter budgets, cutting back on spending, reducing the deficit (perhaps even generating a surplus, as Clinton did!) and reducing the national debt.   Those would be logical things to do.

Instead, he throws gasoline on the fire of the economy - Viagra for the raging boner of the economy - which is really unneeded at this point in time.   As a result, the stock market becomes euphoric - based on emotional thinking, not logical thinking.   The recent retreat is a result of a lot of people coming to the realization that a tax cut is not a panacea, and that other "reforms" are either not forthcoming or will not have much effect on the economy in general.   And yet others are realizing that more deficit spending and more debt means higher inflation and higher interest rates.  And yet others are selling out - getting out of equities, while the small investor, like a dope that he is, jumps in, just as it peaks (ditto for gold, bitcoin, houses, whatever).

Almost everything Trump does is going to turn out to be the wrong thing.   Repairing infrastructure is a good idea - doing it by increasing the national debt, maybe not so much.   Building a wall along the Mexican border - when illegal immigration is at record lows - is just throwing money away.   But he's going to do it, apparently - paying for it with tariffs on Mexican goods.

And the tariff wars - I wrote about those before.   Every economist in the world will tell you that tit-for-tat tariffs end up strangling economies.

Reducing regulations seems like a pro-growth and pro-business approach, until you realize the regulations being repealed are the ones that were enacted to prevent the economic excesses of the last boom-and-bust cycle.   Preventing banks from over-leveraging themselves is not a bad idea, but a sound one for the economy.  Preventing predatory lenders from over-leveraging consumers is similarly a good idea for the long term.  Bankrupt banks and bankrupt consumers do not an economy make!

But what about illegal immigration?   That is an interesting point.  In an era of record-low unemployment, we are told we need to throw out the "Mexicans" because they are "taking away our jobs" - jobs that most Americans would never take.

Sadly, it seems than mankind cannot figure out how to run any economy that isn't based on growth.  Maybe the Japanese will figure it out with robots or something, as their population ages and shrinks.  Maybe not.  But unless our population increases at a certain rate, our economy stagnates.   And if the native population isn't reproducing fast enough, growth can come from immigration, temporary or permanent.

So deporting people, as politically expedient as it may be today, is pulling the wrong levers yet again.  These "illegals" are indeed adding to the economy, despite the anecdotal stories that they are all on welfare and members of MS-13.  A better approach would be to reform immigration (getting rid of the "lottery" which only the US uses) and allowing in migrant workers when the economy needs them.   But that would be logical, and we're talking politics here!

And so on down the line.  In almost every instance, Trump's instincts are to do exactly the wrong thing.    Iceberg ahead!  Steer toward it, man!  Aye, Aye, Captain Trump!

This is not to say it is time to man the lifeboats, only that perhaps a good idea to find your life vest and try it on.
Newer Post Older Post Home