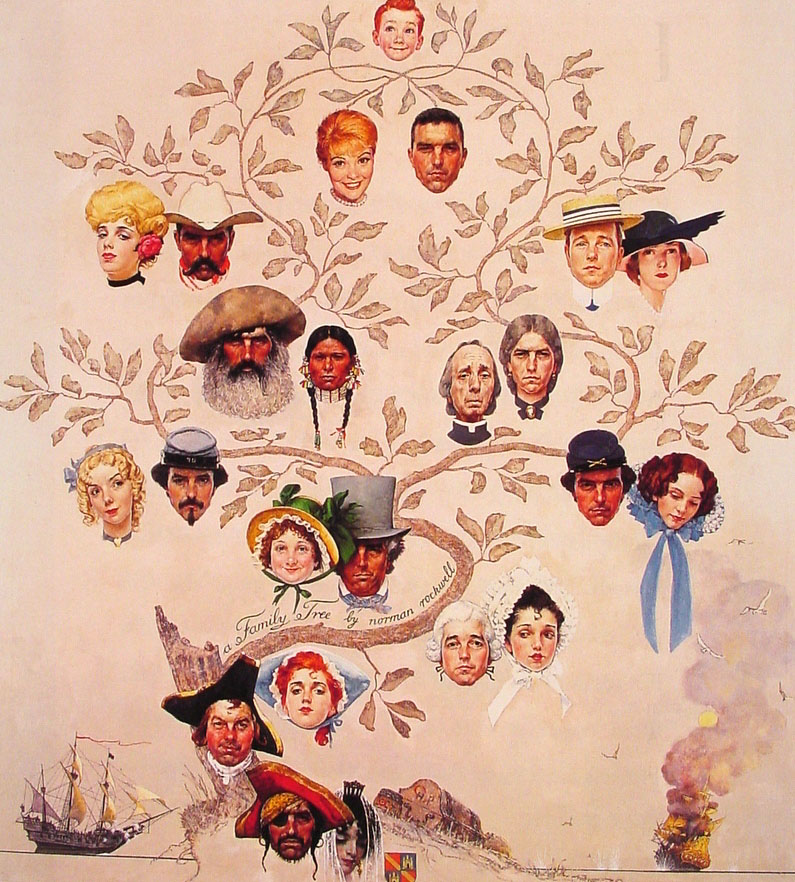 Genealogy really doesn't affect your life as much as you might think.


A reader sends me a link to a site about genealogy and Elizabeth Warren.  This was timely, as I was going to update my "Genealogy is Bunk" posting.

In a partial defense of Ms. Warren, it was sort of a wasp-y tradition back in the day to claim you are descended from Pocahontas.  After a few drinks, my Mother would lay claim to this - not so much to claim Indian descent, but to claim descent from Captain John Smith.   You see, it is a "thing" in America to claim to have been here a long time.  My late Mother-in-Law was a member of the "Mayflower Madams" or some such nonsense, claiming heritage back to the Mayflower.

I am not sure why.  The Pilgrims were the original Mass-holes.   They practiced a form of religion that most of us today would find repugnant.  Their descendants hanged people for witchcraft.  I likely would have ended up at the end of a rope, had I lived in Pilgrim times.

Others, in New York, for example, claimed Dutch heritage.  Names like Roosevelt carry some weight as "old money" dating back to the New Amsterdam days.

And so it is with Pocohontas - claiming to be descendant from the Virginia colony, not the Indian side.   Like I said, it was a wasp-y thing to do back in the 1960's, and I am sure that is where Elizabeth Warren got it from.

But no one in our family checked off the "Native American" box on government forms (why do we have these offensive "race" designation boxes to begin with?).   Well, my Brother once checked off "Eskimo" just to "mess with the man" but he was probably high at the time, and not actually seeking some advantage from the situation.

It is not clear that Warren obtained any advantage from claiming native American ancestry on a form once, but nevertheless, it probably would be a good idea if she didn't run for President.   She has some good ideas about consumer protection, to be sure.  But I am not sure that her far-left ideology would sell well with Americans.  And make no mistake about it, the GOP would make her look further to the Left than Karl Marx.

But getting back to genealogy, Mark's brother found a book of genealogy research that his late step-Mother had.  Like I said, she was in the "Mayflower Madams" and went to meetings and such.  What they did there, I don't know.  Likely the number one order of business was keeping other people out -which is often what genealogy is all about.  Sounds like Parcheesi club material to me.

What was fascinating about the research was that of course, she traced her ancestry back to the Mayflower (how else to get into the club?).   But her husband's ancestry was traced back through Ellis island, several different spellings of the last name, and came to an abrupt end when she found Isaac and Rebecca Sie in Northern France.    Mark's Dad had Jewish ancestry!   And we can't have any of that sort of nonsense in the Mayflower Madam's society!  So she closed the book on her husband's ancestry, leaving a big question mark.

Of course, Mark is having fun with this.  While the Mayflower Madams might be antisemitic, we view being part Jewish as an advantage.   After all, what other minority has desirable traits ascribed to it?  But of course, being 1/64th Jewish doesn't make you a Jew, so it is just irrelevant data, really.  You go back enough generations and we are all related to each other - and it is fewer generations than you think, too.

What struck me as odd, too, was that for many people, their genealogy ends at Ellis island or some other port-of-entry.  Many black folks point out that for them, tracing their "ancestry" isn't as easy, as poor records were kept of where their ancestors were imported from, and there are no records back "in the old country" for them to research.   However, for many caucasians in America, their ancestry traces back only about as far.  My family's history sort of ends at a question mark about Ireland or Scotland.   Beyond that, no one really knows.  And this likely may be due to the fact that some of our ancestors came here under less than honorable circumstances.   Some were escaping debts, or perhaps criminal conviction.   What is clear is that they didn't impress upon their children much information about their life before America - and their children didn't seem to remember or pass on much of what little was said.

And yes, discrimination comes into play.  The influx of Irish Catholic immigrants caused riots in the United States - literally.   Many, including some in my own family, re-imagined themselves as "Scottish" Protestants, and found the doors to success were now open to them.   If you can't beat 'em, join 'em.  And history is full of these sort of incidents.   Perhaps the Sie family went through a similar conversion, in their journey to America.   Whatever the case is, of course, it really doesn't affect Mark's life today.  Knowing about this ancestry (which may or may not be correct - records can be confused, lost, or inaccurate) really doesn't change much.  Although maybe it will keep him out of the Mayflower Madams club - which is probably a good thing, anyway.

It seems today people are looking inwardly more than ever.  People are sending off DNA samples to "23 and me" or whatever, and hoping to find insights into their ancestry.   But other than as a parlor game, it really is of no use, other than for people trying to find their birth parents, if they were adopted.

Oddly enough, though, according to the article cited by my reader, one of the biggest areas of inquiry for DNA testing companies is people asking whether they have Indian (Native American) ancestry.  I don't think this is related to Elizabeth Warren-like claims, but rather people hoping to claim ancestry so they can qualify for some of that casino or oil money.   And that is an interesting area of inquiry, as who is an Indian is a difficult question to answer.  And maybe someday, no one will care, one way or another - but that is a long time in the future.