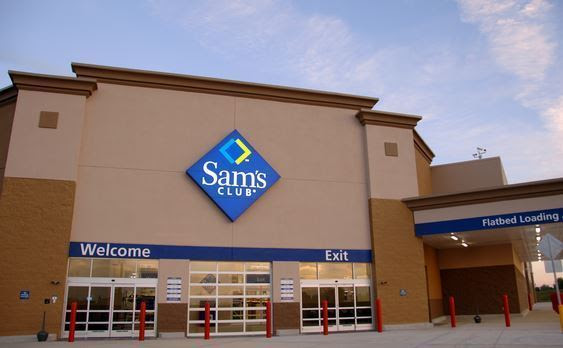 Hard to believe that Walmart can be so successful at retailing, but suck so badly at wholesale clubs.


I noted before there is not really much to buy at Sam's Club other than golf-cart batteries.  Of the three major "wholesale clubs" out there - Costco, BJ's and Sam's Club, it comes in a distant and distinct last place.

Costco has a good store with desirable products, and they famously treat and pay their employees well.  But that comes at a cost - prices are often higher there.  A good place to get a $25 bottle of wine, but not a good place for a bargain $9 bottle of good wine.  BJ's has a good selection and much lower prices.  Maybe they don't pay employees as well, but then again, you can buy a decent Cava for $7 a bottle.

Sam's Club has neither - all the Dickensian sweatshop charm of a Walmart, but with a product selection that doesn't even approach BJ's.  We literally could not find anything to buy at the store.  The wine selection sucks (Korbel? Please!) and is overpriced.  The meat department seems to specialize in packages of food that would feed an extended family, or perhaps the fireman's picnic.   I really have no need for a package of 15 pork chops, particularly when the cost-per-pound isn't much better than at Walmart.  And Walmart is right down the street.

We still drive 40 miles - one-way - to go to BJ's wholesale.  And that just about says it all.

The nail in the coffin, however, was negative option.

I received a notice by e-mail that my membership in Sam's Club was "automatically renewing".  I also received a notice from Bank of America that a $1 hold was placed on my card by Sam's Club.   Good Old Sam's Club, testing out the card like any good credit card thief, by making that $1 purchase!

Since we only went to Sam's Club twice in a year, I decided to let the membership lapse.  The renewal e-mail told me to go to their site to disable auto-renew.   Auto-renew is pitched as a "convenience" for the customer, but it is just a convenience for the retailer.  It is negative-option and negative-option is never to be trusted.   Tellingly, BJ's does not have auto-renew as the default option, but instead prompts you to renew when you check out, if your card has expired or is about to.

By the way, is it worthwhile upgrading to "professional" membership or gold status or whatever?  We found that at BJ's, it wasn't.  The "rewards points" you get over a year's time basically covered the increased cost of the membership.   Maybe if we didn't live 40 miles away, it might be worthwhile.

So I call the 1-800 number.  DTMF telephone tree (with useless selections - I think all the options basically go to the same operator - they just use the "Press 1 for..." to discourage people and get them to hang up).   I talk to the operator, who says, "How are YOU today?" and goes into a lot of pleasantries and very, very slow talking, as well as repeating everything I say.   She even wishes me a happy birthday, even though my birthday is weeks away.  I finally get across the idea to her that I want to cancel my membership.

"Let me transfer you to a cancellation specialist!" she chirps.

In case you were late for class, the "cancellation specialist" is really a retention specialist who is tasked with keeping people onboard as members.   "What will it take to keep you as a customer of our company?" they say.  Or they blather on about the "great deals" you will be missing out on.   They would rather I go to the store, of course, and see the great deal on a blow-away bouncy castle in person.

Now, granted, once in a while you can score a deal from these folks.  When  Capital One told me that the interest rate on my VISA card was going up, the "cancellation specialist" offered to put me into a Mastercard instead - at 7.17% variable rate.  I keep it as an emergency card, and because their overseas conversion rates are good, and don't include junk fees.

However, there isn't much that Sam's Club could offer me, other than free membership, that would keep me on.   And since wholesale clubs make a big chunk of their change on memberships, it is doubtful that was going to happen.  The fact that they set up my account to default "auto-renew" has pissed me off already.  Negative option is a shitty way to do business with people.

And again, if you were late for class, let me explain.   With "negative option" a retailer keeps charging your credit card indefinitely until you tell them to stop.  And the gag that some retailers play is to claim they never received your cancellation order, so they keep charging your card again and again.   When confronted with this tomfoolery, they claim "computer error!" which is bogus in this computer-driven era.  Punch cards no longer fall out of the sorter.  They've fixed that.

So whenever someone offers "auto-renew" I get nervous.   Because the Internet is rife with horror stories about how you can't cancel AOL service or how Angie's List (back when they charged for the service) kept charging their card, even after the service was cancelled.   Usually it is the last desperate gasp of failing companies to do this, but they do it.  AOL did it for decades - my late Mother-In-Law still had an AOL account, thinking she needed it to go online (when she called to cancel, the nice "cancellation specialist" insinuated that, no doubt!).   The only way to cancel such services is to cancel your credit card, which is a pain in the ass.

So I save "negative option" for serious things like my utility bill.  Because when the new owner takes over, the bill is then sent to them - after the meter has been read on the changeover date.  The utility company has no interest in charging me for service when someone else is paying.   And if they tried such shenanigans, the outrage would be heard across the planet.   But funny thing, when other people do this, for small amounts of money, no one says a peep.

What the "negative option" people are counting on is your laziness.  "Oh, well, it's only $45, I can afford that!"   Or they count on you being one of these people who never reads their credit card statement, other than to see what the minimum payment is, and to make it.

By the way, I should do a posting on this - credit card statements are scandalous.  They hype the minimum monthly payment in large font, but put the list of actual purchases further down the page - if not on a second or third page.  The interest you paid is at the very bottom, and your interest rate is often in fine print on the back of the Statement.  The most important data is hidden, and the least important is highlighted.  It is like lease agreements, that hype the monthly payment, but hide how much you are paying for the car.  There is a lesson in this, somewhere!

I check my credit card balance daily, log all purchases in Quickbooks on my old laptop, and then reconcile the two accounts daily or at least every other day (the longer you wait, the harder it gets - if you wait until the end of the month, nearly impossible!).   I know to the penny what I am spending, and make payments every few days to keep the balance as low as possible.   No, I don't play the "float" - that is one sure way to get fucked by a credit card.    "Free" interest on a few grand of purchases for 30 days isn't worth the risk of being socked by 14% interest or more.

The further I got into Sam's Club's telephone tree, however, the more I was convinced that I made the right decision by cancelling my membership.   Like a casino, they make it easy to get in, and hard to get out.   Sort of like a squirrel trap.

But hey, I get it.  The marketing people can show you graphs and charts that prove that if you don't use negative option, a substantial number of your customers simply won't renew the membership.  When presented as a positive choice that requires action on your part, most people, being lazy, will simply fail to renew.

And they'd rather count on your laziness as an excuse to fail to cancel.  But it is funny, BJ's wholesale seems to stay in business despite not using negative option.  They count on you returning to the store and renewing your membership there, because you want to shop there, rather than relying on auto-renew trickery.  Maybe they don't pay their employees as well as Costco, but they know how to treat their customers right.

Sadly, I am seeing less and less worth buying even at Walmart these days.  It seems our favorite cheap store brands are disappearing from the shelves or are routinely out-of-stock.  An "associate" helpfully offers a brand-name substitute at nearly twice the price.  Funny how that works, eh?  Now that they have established market dominance and are the de facto only retail outlet in some areas for miles around, they can charge whatever the market will bear.

That is, until someone else comes along and sells for a penny less.
Newer Post Older Post Home