The Art of Billing 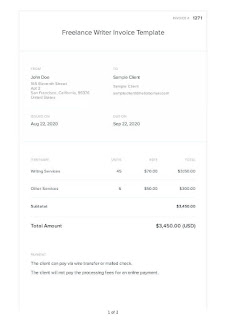 Billing is an art form - crafting a bill that a consumer will pay without complaint is tricky business.

I was fortunate to learn from a Jedi Master of law firm billing, how to craft a bill that clients will love to pay.  It is funny, but many law firms have shitty billing practices, and end up alienating their clients.   Many have "billable hour" systems where associates and partners log in and track their hours.   At the end of the month, a huge printout is sent to the client, with a staggering number at the end, with each 6-minute increment listed with cryptic comments.   Clients often refuse to pay, or at the very least get pissed off.  And in a relationship that can last a decade or more, having a pissed-off client is not any fun.

The secret is to put down what it is you are charging for - in detail - without itemizing too much.   Clients often accept thousands of dollars in charges for legal work, but balk at $50 for photocopying.   You will get a phone call about the photocopying bill, but not the $5,000 you charged for your services.

The problem is, of course, to provide detailed bills, without spending half your day preparing detailed bills.   When you spend an hour preparing a bill for an hour's work, it makes no sense.   One approach I found was to use transactional billing and create "items" to bill for in Quickbooks.   Each "item" was a service, and each came with a detailed description that auto-loaded into the invoice.

As my boss told me, you have to explain to the client what it was you did.  You can't just say, "Prepared Amendment, $2000" and expect to be paid.   That doesn't sound like much in the way of real work.

As my boss told me, put in what you did - there is a lot of consideration and review involved, not just preparing the amendment.   Detail it, but don't break it out line-by-line, as the client may want to use a "line item veto" on your bill.

Mark learned this the hard way with his catering business.   He sent a proposal to a client for a wedding reception.  Included was the coffee service with dessert.  He broke it out as follows:

His charges were reasonable, but people forget that catering a wedding is like setting up an entire restaurant overnight.  Clients often use as reference, what they paid in the grocery store, not a restaurant, for their food.  The latter is a better comparison.

Anyway, the client, being unhappy with the escalating costs of the wedding, asked if maybe they could forgo saucers to save some money - after all, it was broken out separately, right?   And maybe the spoons, too?   Mark replied, "what are they going to stir their coffee with, their fingers?"

He learned a valuable lesson that day - maybe two.  First, never break things out like that.  Itemize, to be sure, but provide one price under "coffee service" and don't give them the option of striking things out line-by-line.

Second?  Don't go into business and serve the public.  It is one reason why we are both retired.   It simply wasn't worth it.

The goal, in billing, is to get the client to pay without that dreaded "phone call" asking for explanations as to what the bill encompasses and why it is so high.  You want to put forth all the time you put into the project and what you did, but not provide a computer printout with page after page of "review of legal matters, 15 minutes" with no explanation as to what was being reviewed, or why.

Amazingly, some of the largest law firms still bill this way - and often get away with it, with deep-pocket clients.  Other firms are finding out that the old ways don't work anymore, and you have to work for a living - and work efficiently, too.  And part of this is billing in a concise and efficient manner that lets the client know what you are doing and why it is worth it to them - without providing a line-by-line iteration of what you did in timed intervals.

Some lawyers I have talked to actually think this is the only legal way to bill people.  You have to buy an expensive "time tracking" software system and present the crazy and inexplicable bills it spits out, to the clients.   Anything less is malpractice or would get you disbarred.   You are obligated to track every minute of every day and bill for it, regardless if the resulting bill makes no sense whatsoever.

And maybe that works for some practices.  But in transactional fields, where people have expectations as to what to pay for services, it simply doesn't work.  You can add up all your "hours" into a project and multiply it by your hourly "rate" and people simply won't pay the resultant amount.  So why people spend so much time and money tracking hours, is beyond me!

The bill shown above (click to enlarge) is poorly done.  The description is too sketchy.  Affidavit? For what?  And there is more to "preparing an Affidavit" than merely "preparing" it.  You have to sit down with the person attesting and get their statement, write it up, proofread it, go over it with the client, make corrections, and finalize it.   Put that all in there!

And the hours - you spent only "1.1" hours on it?  I would think more than that.   Put in all your hours and then write off the excess.

Ahhh!  That's the real trick.   Put down all your hours in the project and then indicate what you are writing off to "courtesy" to bring the bill in line with expectations.   The client appreciates you are giving them a discount - and that you put more time into the project that most other attorneys would do.

Like I said, billing is an art.  And different businesses have different secrets and tricks to billing.  Sadly, a lot of people look at billing as an onerous chore, and thus end up creating bad bills which result in client phone calls and a lot of bad feeling on both sides.

Worse yet, though, is an attorney I know (now deceased) who cut-to-the-chase and simply spent all his time generating bills without doing any legal work at all.   Yes, that is fraud, and had he lived, he likely would have been disbarred.

Obviously, there is a happy medium here!