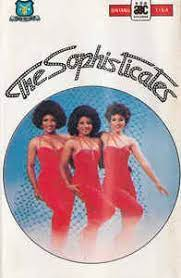 People who think they are really smart, usually aren't.


I have noted before that any idiot can become an attorney and I'm living proof of that.  I never saw myself as very "smart" or "clever" - just determined.  I keep butting my ahead against things until I get something done.  Perhaps not the most effective way of doing things, but often it works, and often you learn more in the process than by taking shortcuts.

I recently received an e-mail from one of my brothers.  He is reading an old book that belonged to Mother, (Flaubert, no less) in which she underlined passages.  He is hoping to better "understand" her by reading this marked-up book.

Oh, boy.  Trying to "understand" Mother was how my Sister wasted the few short years she had on this planet.  And for some reason, it is something women do more than men.   For the most part, Mothers and Daughters often have an antagonistic relationship - this is normal.  But the television depicts the Mother-Daughter bond as "best friends forever!" and this leads people to think they are abnormal, because they don't spend all their free time with Mom, shopping for shoes and having a pedicure.  You know, girly stuff.

But that is not the norm.  You can't spell "Smother" without "Mother" and most parents have some level of estrangement from their kids - this is normal and don't be alarmed by it.  It is the impetus that gets you to leave home and start your own life.  Your parents' values are obsolete in today's economy and society.  So it is understandable that you might have different views and maybe not even get along.  My Mother's Mother was a virulent Southern racist.  I am sure glad Mother didn't bond with that!  Needless to say, they had diverging views about the "colored issue".

Compounding this is that parents aren't perfect.  No license is required.  No test need be taken.   Five minutes in the back seat of a Camaro, and BOOM!  You're a parent!   So it is not unusual for parents to not like each other, having rushed in to marriage at an early age.  And yes, your parents may have mental health issues of their own.  Mom and Dad seem indomitable when you are five years old.  But as you get older, you see them more and more as vulnerable and flawed people, struggling to get along in life.   You can kind of feel sorry for them - sometimes.

I told my brother than there is nothing to really understand about crazy - and my Mother was batshit crazy.  It started long before I was born, and blossomed into full-blown crazy, just as all my other siblings left home.  Am I mad at her?  Do I feel sorry for her?   Hard to say.  Knifey McStabmore is dead, is all I can say.   She had a sad, unhappy life, and I was fortunate enough to have a strong personality to withstand the abuse.

What struck me as odd, reading my brother's e-mail, was how my Mother felt she was "sophisticated" and intelligent.  Mental illness, to her, was a sign of superiority - like the inbreeding of royal families.  She was an English literature major (as was my brother - the one who lived in an unheated barn for a decade or more - a useful degree!) and felt that was the only degree worth getting in the world.  My Engineering and Law degrees were somehow flawed and worthless - even as she exhorted my other brother to go to law school (and offered to pay for it - hello!).

She would say stupid things like, "All the best authors and artists killed themselves!" as if suicide was some sort of noble and intellectual deed.   The problem with suicide is that you only get to do it once, so it kind of sucks.  Of course, dramatic suicide attempts can be repeated over and over again - as my Mother did - to get attention and I guess, prove your street cred as an "intellectual."  Whatever.  I have no time for such drama.

It struck me, though, that perhaps part of her problem (besides being a closeted Lesbian, alcoholic, manic-depressive, bipolar, and fill-in-the-blank) was that she came from another era, and read too many books (and read too much into them) from an even earlier era.  We love to read and watch those old "drawing room dramas" such as "Sense and Sensibility" in which the men are noble and strong (or cads and bounders) and the women are good at.... well, fainting and getting sick.

In seems that in the movie at least, Kate Winslet spends a lot of time in the sick bed, garnering sympathy from the male leads in the story.  And in each case, she ends up sick because she dramatically runs off into the fields wearing little more than a nightgown, in the pouring English rain. And perhaps this reflected a reality of that era - when being sick was a pretty regular thing, dying young was a given, and dying in childbirth even moreso.  Men fought battles and worked in finance, or ran estates.  Women got sick.

So maybe that is where Mother got this idea that being fragile and whatnot was a sign of class.  I guess some women today play the same game - the "fragile snowflake" syndrome.   Today, even men play this game - pretending not to know how to work their cell phone or repair their car, and wearing ignorance as a source of pride, because, well, royalty doesn't get their hands dirty with shit like that, right?  Maybe.  I don't buy it myself, I just find it annoying.

But getting back to Mother, she fancied herself a sophisticate - with refined tastes in literature, music, theater and food.  I have learned, over the years, however, that her tastes were, well, pretty plebeian. She liked the music that was popular in her era - Frank Sinatra, Judy Garland, and other crooners.  Judy Garland, she particularly liked, because of her tragic drug and alcohol abuse - which Mother thought was "classy" instead of just trashy and stupid.  Remember, she felt that self-destruction was something to be lauded.

But symphonies?  They went - and often left early, as her attention span was short.  And food, well.  She simply couldn't cook at all, and often the food she made was inedible. She made this boiled chicken dish that turned decent chicken breasts into rubber, with protruding bulging veins in them.  I am not sure where she got the "recipe" but it may have been the back of a Campbell's soup can.

I am not saying this to run her down - only to be realistic.  That was who she was - a pretty typical suburban housewife of the 1960's, caught between an era when women were baby-makers and baubles, and a new era where women were lawyers and doctors and astronauts.   And many women of that era anesthetized themselves with psychotherapy, pharmacopoeia, and alcohol abuse.

What a drag it is getting up!

Is it wrong to think you are sophisticated or smart?  I am not sure. Growing up, my Mother imbued upon us that we were "better than other people" which was an attitude that got me into trouble many times in life before I figured out that other people felt the same way about themselves.  You don't make a lot of friends in this world by being a smart-ass or a smarty-pants.  And it is an instinct that is hard to suppress, to be sure - we all feel we are somehow above average, right?  But on the other hand, it did raise expectations for us - we were expected to do well in school because that's what people like us did.

It was, in part, a values system.  Much as Mark's Grandmother used to say, "just because you are poor, doesn't mean you have to be dirty!" which translates to, no matter how little you have, there is no reason to wallow in squalor.  You can do better than that.  So I guess there is a positive aspect to "having an attitude" in that regard.   Just keep it to yourself, maybe


I am not sure what the point of this was, other than when I heard my brother say he wanted to "figure out" Mother (who has been dead now for two decades), I felt very bad for him. Because he won't find an answer or find closure or whatever.  There was nothing to figure out, really.  Just a person like you or me, struggling to get along in the world, perhaps with a few more handicaps than other folks - one being a bottomless source of self-pity and depression.

You can try to analyze it or figure it out, or just move on with your own life.  Because there is little profit in naval-gazing or dissecting the past.  You have to move forward with the future that remains to you.

Because it will slip away faster than you think, and you don't want to realize, on your death bed, you spend far too much time agonizing over the past!