Smacks of Effort (Trying Too Hard) 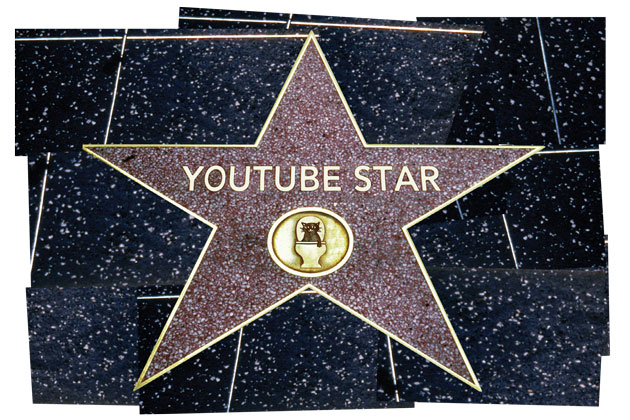 If you set out to be a millionaire on the Internet, odds are, you will fail.


There was an interesting article the other day about YouTubers.   It pointed out that even some of the top people on YouTube are making less money than what is considered the "poverty line" in the US.   Of course, some of the very, very top posters there can make millions.   But few are able to achieve that level.

I see the same thing with blogs, twitter, facebook, and whatnot.  People set out to make money on the Internet and become YouTube stars, and fail utterly at it.  Why?   They are trying too hard.   They assume you can set up a channel or blog and say some witty things and people will flock to watch you.

We see a lot of people in boats, RVs, motorcycles, or even hitchhiking or riding the rails, who have their own blog and YouTube channel.  "Follow us as we explore America!" they cry, on the graphical "wrap" they put on their motorhome, boat, or whatever.   They want to retire early, cruise around in an RV, and have someone else pay for it.   In some instances, it works - if you are willing to make a job of it, post videos nearly every day, and track down sponsors who will provide you with free shit (that of course, you review on your site).   Mark follows one attractive couple as they catamaran across the planet.   Whether they are making enough money on YouTube to even pay for fuel is a good question.

The problem is, there are so many of these folks that saturation has kicked in.  We have an RV park here on the island, and at least once a month I see an RV go by with some sticker, sign, or full-body-wrap imploring me to "follow us on Facebook as we explore America!" or whatever.  And while that might make an interesting channel to follow, I am not sure we need hundreds or thousands of such channels.   And since I am myself "exploring America" by RV, I am not sure I need to watch someone else do it.   Nor do I want to waste my own experience by trying to video it.

I have a young friend who set out to be a YouTube star.  He is actually going to film school, and has made a number of professional-looking videos with him and his friends clowning around and doing various gags and bits.   They are well-made videos and funny, but are lost in a sea of millions of similar videos of "dudes" doing their thing.   After a year of hard work, he has fewer views and subscribers than my lame-ass YouTube channel - which consists of low-grade, poorly edited videos that were shot with a 120-pixel potato.

But then again, I never set out to be a YouTube star.   Rather, I made a number of "home made" videos for my own amusement, and never expected them to go anywhere.   Similarly, I never expected my blog to go anywhere (and indeed, it has not, as evidenced by the pathetic returns when I monetized it for a year as an experiment).  What little "success" I found on the Internet I did not seek, and it came after years of work (about a decade for this blog alone).

The problem with trying too hard to be successful is that you start doing things you think will generate clicks and hits.   When I monetized the blog, I realized I started thinking in terms of what would sell instead of what I wanted to say.   And this changed the entire outlook.   Suddenly, I was concerned with offending readers - until I realized that the more offended they were, the more likely they were to click!   I started picking topics I thought would generate hits.  The election was a goldmine, for a few months at least.   I realized that it changed the whole head.

I think that is one problem with a lot of folks today - they are trying too hard.  I get e-mails from 20-somethings wanting to know how to become a millionaire overnight.   Beats me.  That's not the point of this blog.  And I doubt anyone has such a "secret" to wealth - you wouldn't share it with anyone if you had it.  They want success, and are willing to work hard and patiently wait for....  maybe four or five years or so.   Anything beyond that is just too much work!

But the reality is, for most of us, is that we can be comfortably well-off after years of hard work if we are willing to make small sacrifices, on a daily basis.   And in terms of likelihood of success, it is much more of a sure thing.   Being an internet superstar?   That's a pretty long-shot deal!
Newer Post Older Post Home