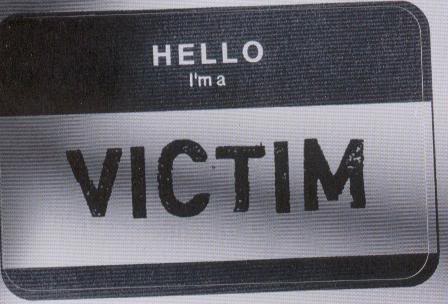 People in the West are the wealthiest people in the world - yet they feel they are victims!

If you look at our planet overall, you realize that most people on this earth are not very well off.  And by "not very well off" I don't mean they own a shitty car, but that they haven't had enough to eat today - or maybe several days.

And no, those folks don't live in the United States or any Western country for that matter.  This mythology of "starving children" in the West is spread by people wanting your charity money.  Childhood obesity is the number one health problem in the United States - not starvation.   And sadly, this fat epidemic is spreading even to Europe.

Recently, a young man blew himself up, after apparently murdering a few random people with home-made bombs.   Why he did this is still not clear.  He felt "frustrated" with his life, it is said.

This is a young man who was raised in a Christian home (of what type, we still are not sure) (UPDATE: "Home Schooled" Christian.  Yea, that.  Probably closeted gay) who had an SUV, a smart phone, a place to live, a job, a chance to go to college, and enough surplus disposable income to buy bomb-making materials as well as disguises.  Rather than being thankful for all the wealth he had, he was frustrated he did not have more.

Let me tell you about some people who are "frustrated with life" - they live in places like Syria, Bhagdad, Sub-Saharan Africa, or any country ending in "-stan".  There are places in this world where life really sucks - where life really is "brutish and short".   America - and the West - are not one of those places.

What strikes me as odd, is that as Christians, we are told to be thankful for what we have, and not to pine for what our neighbors have.   It is in the ten commandments - which I mentioned before, twice.  Coveting has nothing to do with lusting after your neighbor's wife or possessions, but rather the sin of comparing yourself to others rather than being thankful for what you have.

And we have so much in this country, we've lost track of what to be thankful for.  When sitting down to dinner, we used to say "grace" and thank the Lord for our food for the day, as well as other blessings, such as friends and family.  Today, we go through the motions, because having enough caloric intake for the day isn't seen as some superhuman feat (which for most of the world, it is).   We take it for granted we have enough food - and actually complain about having too much, or too much of the wrong foods.   I am sure the gluten-free movement isn't very popular in places like Sudan.

Even holidays based on thanks - such as Thanksgiving - are less about being thankful for what we have, than to lust for more.  We wolf down enormous amounts of food and then go on a "Black Friday" shopping binge.  We wallow in excess and our only complaint is "More! More! More!"

As a nation, we've lost track of our basic values - and I don't mean Bible-thumping religious values, but basic economic values.  We compare ourselves to the richest people in the world and then find ourselves wanting.  And much of this is because the media hypes the richest people in the world - the Bezos, the Zuckerbergs, the Musks, and so forth.  Our lives pale in comparison to theirs (or do they?) particularly if you are just measuring life in terms of economic gain.

But then again, I think a lot of this discontent is fed by social media, and our friends at the Russian Internet Research Agency are behind a lot of it.  I saw a meme online the other day that was clearly aimed at the British.  In front of a UK version of the Monopoly board were the words to the effect that the whole deck is stacked against you in life, because someone else starts the game with all the money.

Maybe that is how it works in the UK - after all, they have Lords and Kings and whatnot still.   But I sincerely doubt even that.  There are self-made millionaires even there, such as Richard Branson or that vacuum cleaner guy.  And if you look a the richest people in the US, you see that while they may have come from comfortable backgrounds, most didn't start life as billionaires.  You can get ahead in this world, it is still possible.

Does this mean you will be a billionaire?  Hardly likely.   But it does mean you can live a comfortable life and have a modicum of fun.  And compared to how the rest of the world lives, that's a pretty sweet deal.   But it is a funny thing, the same people who compare their lives to the richest people on the planet decry comparing their lives to the poorest and claim that somehow that is a false comparison.  Very odd, to me.  But then again, they have a victim mindset, and they don't want it challenged.

This kid in Austin had a good life, but it wasn't enough, for some reason.  Maybe (likely) he was mentally ill.  Or maybe being home-schooled and raised in a conservative environment didn't prepare him for life in "the real world."   I am sure more will come out in the coming days.   The media loves to do stories about killers, but rarely about the killed (because no one clicks on those).

Myself, I am thankful for what I have, not what I used to have, what I lost, or what I could have had. Because there is no profit in pining for what could be or what you think you are entitled to.  If you have a place to sleep, three square meals a day, and a place to shit (what they call in the Military, "Three hots, a squat, and a cot") you are doing pretty well.  I am thankful for basic things like that.  Anything beyond that is just gravy.

In fact, that is what I am most grateful for - contentment.  Not wanting or desiring things is the most wonderful feeling you can have.  And yet it is the hardest thing to obtain.  When I was in my 20's, I guess I felt the same way a lot of young people do today.   I wanted all the "things" in life - fancy cars, fancy houses, and the like.  And I was certain I was entitled to these things and that "rich people" had somehow "taken away" these things from me, even though I never had them.

With age comes wisdom, maybe.  Or maybe contentment.  With age comes the realization that getting up in the morning and not being in pain is a major victory in life.  You learn to be grateful not for the largess showered upon you by the almighty, but by the little things in life that make it worthwhile.  Someone to love and spend time with.  Worthwhile work to do and the satisfaction of a job well done.   Good food to eat, and maybe at the end of the day, a glass of wine.  Or two.

If you want more beyond that, good for you.  But you ain't gonna get it by whining about the 1%'ers taking all your money.  If you want to get ahead in life, the only choice is to do it on your own.  Put down the bong, go back to school, get a better paying job, and put some money aside.  Waiting for the political landscape to change or protesting "unfairness" isn't going to help your personal life, but rather just make you miserable - both mentally and fiscally.

I am not sure how we got to where we are today.  Like I said, this sort of discontent is no doubt stirred up by the Russians.  But they are only amplifying something that is basically home-grown.  We have become so wealthy, I think, we have lost sight of how lucky we really are.
Newer Post Older Post Home