Govern by Science? A Bad Idea 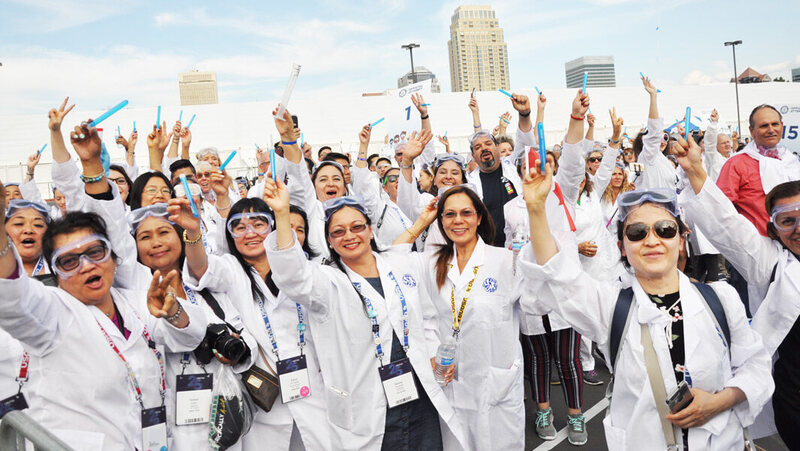 Science is not government and vice-versa.

In a recent op-ed piece in The Washington Post, the author argues that we should govern "by science" which I think is a really, really bad idea.

I noted in my last posting:


Under ordinary circumstances, both papers would rip Cuomo a new one, but as he has made himself into the anti-Trump on the back of this crisis (taking a page from the Giuliani playbook) those two papers can't help themselves, fawning over each Cuomo photo op (today, sanitizing a subway car) and proclaiming the victory of "science" over reason - failing to understand they are the same thing.

I am not sure that "governing by science" is such a good idea - bear in mind that eugenics was deemed as "science" at one time, as were the racial purity laws of the Nazi regime.

But I digress, but not by much.

Why is "governing by science" a bad idea?  For the simple reason it is anti-democratic.  We live in a democracy, where, for better or worse, we elect our officials.   Scientists are not elected, nor are they accountable to the people.

The problem with the Left these days - and going back to the beginning of time - is that they feel by dint of being smarter and intellectual, they should naturally be anointed leaders and thus lead the people because they are smart.  After all, smart people know what's best, so why not let them lead?  Anything else simply doesn't make any sense!

But as we all learned in High School, the popular kids weren't the smart ones.   The high school jock was more likely to be anointed Prom King and inducted into National Honor Society.  The popular kid was most likely to be voted President of Student Council.  The nerds and geeks, well, they were shunned - and still are.  Their only consolation is to form a billion-dollar internet company and then hire all those former tormentors as minions.

Perhaps some on the Left are trying to make up for snubs in high school?  Perhaps.

It is true we put a lot of stock into science and technology in our government.  Our government is one of the largest sources of funding for research, worldwide.   Government spending put us on the moon, created the Internet, the Interstate highway system, and even funded research for the self-driving car.  Government incentives put up windmills and solar panels - and sell electric cars.   As Americans, we are wed to technology and realize that pushing technology is what keeps us head and shoulders above the rest of the world.

Oh sure, the Chinese are good at making things - that we designed and developed.   Maybe someday they will take the lead in developing new technologies.  Maybe, but I doubt it.  The freedom needed to create is just lacking in that country - and being reined-in as we speak.  They don't realized it yet, but the Chinese are killing the goose that laid the golden egg.   But I digress.

We have a number of government agencies that are devoted to one form of science or another - the CDC, NOAA, NASA - just to name a few.   These agencies provide data and recommendations to our governing officials.   But they don't officiate.   Laws are still made by Congress, Rules are made by various agencies.   The courts decide the Constitutionality of it all.

So, while NOAA tells us that global warming is a problem, it can't pass legislation to reduce the impact of it.   They have to persuade Congress - and the people - of the need for such changes.   And this takes time to do - perhaps too much time.

For example, in Florida, they are still roadblocking I-95 and I-10 but not I-75 or any local roads.  If you travel there (and we live 29 miles away) you are pulled over and lectured about the virus.  Sounds like a good way to spread it, frankly.    If I go to the roadblock, I will have to have fun with them.  "Virus?  What virus?  I wasn't aware of it!  Please inform me!  Such a great government service you are providing!"

In a recent article about Florida, Governor DeSantis is criticized for "opening up the State" too early - and not locking down soon enough - and yet, for some reason, Florida has a much lower infection rate than the rest of the USA.

Ali Mokdad, a professor of global health and health metrics sciences at the University of Washington's Institute for Health Metrics and Evaluation, noted that mobility data shows that many older Floridians started social distancing long before DeSantis issued his stay-at-home order on April 1.

Mokdad also emphasized that the stringent measures that local officials enforced in places like Broward and Miami-Dade counties beginning in late March were critical in limiting the spread. "They practiced social distancing, even when the governor didn't say practice social distancing" as they watched the virus ravage Italy and New York.

How weird is that?  In the absence of direction from the government, people will do what is in their own best interests.   This is, of course, scandalous to anyone on the Left.  The government exists solely to guide your life and tell you want to do.   Having your own ideas on how to live your life is strictly verboten.   You have to wait for Ms. AOC to decide whether you should have a garbage disposal or not.   Don't go getting ideas of your own!

The problem with government-by-science is that there is no debate, to vote, no discussion, no opposition.   It is totalitarianism, basically.  All you have to do is get a "science guy" to say what you want is right, and you can do whatever you want.

Like I said, eugenics was once "science".   And let's face it, you can't argue with the fact that poor and stupid people are having way too many kids, right?   So let's just sterilize them all - that's science.  That's how we breed animals or come up with hybrid strains of corn.  And I am not being factitious here - radical population control and genetic breeding to improve the human race are arguably really, really good ideas.  Within 100 years, we could reduce the population of the planet to a reasonable size, and have bred a race of super-men (and women) who are resistant to disease and illness and have life expectancy well over a century.  I mean, how could you argue with science like that?

Well, you can.  Because we find it distasteful, no matter how scientific it is.  For the time being, selective breeding and mass-neutering will be limited to dogs and pigs.   We can selectively breed our pets to have chronic breathing problems through smashed-in noses, but we can't breed people for better health, intelligence, strength, resistance to disease, and longevity.

And maybe this is a good thing.  As we have discovered through selective breeding of plants and animals, a mono-culture is often more susceptible to being wiped out by some new opponent.  Every Cavendish banana plant is genetically identical - they are neuter plants, bred through cuttings.  A new virus threatens to wipe out the crop, worldwide.   The Cavendish itself, was bred in response to a previous breed of banana being wiped out in a similar way.

A breed of super-men (and women) might seem invincible, but might be wiped out by one particular virus.  A varied population might contain enough variants to be virus-resistant.   So maybe that form of "science" could backfire.

And we saw this happen, too, in the former Soviet Union and in China, before they adopted economic reforms.  The idea that "really smart people" will figure out what is to be done and run a command-economy, proved to be flawed.   Smart people - scientists, even - proved to be wrong, and millions starved.

If you see a friend driving their car off a cliff, the best thing you can do is make sure you are not in the back seat.  People have this funny idea that what they are doing is what is best for them.  You can point out the cliff, but they just might say that going off the cliff is an effective shortcut to the bottom of the mountain.   Wish them luck and move on.

The same is true for this virus.   People will do what is best for them - as evidenced by Florida.   There is a huge elderly population there, and as I noted before, in any retirement community, the two things you don't want to do are get sick or run out of money - you will be a pariah in either case.   80-year-olds are the first to "self quarantine" every year around flu season.  They know all-too-well what happens to older folks when colds and flus come around.

Granted, maybe this isn't the most efficient way to govern - Democracy never is.  It is the worst form of government - as Will Rogers said (supposedly) - until you consider all others.   Democracy delayed our entry into World War I and World War II - until it was almost too late.  Democracy resulted in our getting into Vietnam and Iraq - and staying far longer than we should have.  Democracy is messy and chaotic (and yet young people yearn for "Anarchy" - don't we already have it?).

Democracy is inefficient, which drives the "if it saves even one life, it's worth it!" crowd insane.   Yes, the price of freedom is often death.   People are "free" in Florida to ride motorcycles without a helmet and free to bash their brains out on the pavement.   Myself, I would wear a helmet - whether or not the government mandates it.   Most folks do.   Science - in the form of accident data - has convinced most States to make this a law - but a few hold out.  Efficient?  No.  Democracy?  Yes.