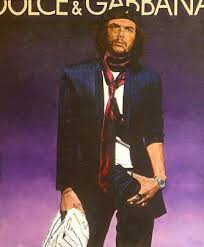 People say that being a radical or a revolutionary is "romantic" but I fail to see how that equates with love and romance.


Getting back to lessons we should have learned in 1968, back then, people were getting radical.   The odd thing is, many of these radicals weren't disadvantaged inner-city blacks, or poor sharecroppers or illegal immigrant grape-pickers, but white, middle-class, college-educated kids, who decided that the causes of other people were their own causes, and what's more, society had to be destroyed - burned down or blown up, literally, in order to advance these causes.

Granted, there were many good-hearted people who felt they needed to protest and get involved in causes that were not their own - some even gave their lives.   But others are in it for mere thrills, or to be perceived as righteous - a lot of political posturing not for the good of the cause, but for their own good.

The folks who lead peaceful protests actually got things accomplished.  Those who resorted to violence often set their own causes back by years, if not decades.  The freedom riders, marchers, and sit-in protesters actually accomplished desegregation of buses, restaurants, hotels, and schools.  Those throwing bombs, robbing banks, and shooting police officers accomplished nothing.

And then, as now, often those most willing to resort to violence were the most removed from these causes, or were just mentally unhinged criminals.  The "SDS" accomplished nothing of consequence, other than to turn many Americans against such protest movements.

For example, one of the most pointless acts of terrorism - which is little-remembered today - was the bombing of the campus at the University of Wisconsin.   Decades before the Oklahoma City bombing, four young "radicals" decided to blow up the math building and ended up killing a researcher in the Physics building nearby.  As in Oklahoma, they used a fertilizer bomb in a truck.  The idea was to protest the war because.... the Pentagon gave a contract to the math department?    It made no sense, was a pointless loss of life, and didn't change the status quo one iota.  The spoiled rich kids who did this, ended up destroying their own lives as a result.  Sadly, three of them served only short prison sentences, one is still on the lam.

Why do people feel they need to do this?  Well, for young people, it is appealing - the whiff of danger, and the play-acting at grown-up issues.  As we are discovering today, the human brain isn't fully developed until about age 25, so you can convince a teenager or young 20-something of just about anything that sounds like fun or danger, whether it is going off to war, or getting involved in a violent protest or riot.

It is all-too-easy to go off the deep end this way.  It isn't all that far to go from SDS to Black Panthers, to the Symbionese Liberation Army, to Charles Manson - all four claiming to fight for the little man (who never asked them to fight for him) and all engaging in robbery, assault, and even murder, to advance their nonsensical "causes".   Oh, and all four were ineffective.

America eventually turned away from this sort of nonsense.  For most young people in the 1960's, protesting was a party - a political posturing they enjoyed while in college.  No one expected it to be a permanent life choice.   A few did - they never got the memo.   Some labored on for years, and even today, often living in the margins of society because no one told them the party was called off.

The harm in this sort of nonsense is threefold.  First, it harms society, in terms of the people murdered or injured, the businesses destroyed and neighborhoods ruined.   Second, it harms the very causes that people claim to be advancing.   Whatever cause "antifa" is promoting (and I am not sure there is one, other than random chaos), their tactics are insuring that the vast majority of Americans are against them.  Third, the people who get involved in this nonsense often ruin their own lives - ending up in jail, with a criminal record, or on the lam for the rest of their lives.

Choices you make - as a teenager or a 20-something - can have devastating consequences for the rest of your life, whether they are student loans or getting arrested.  Sadly, many of these youngsters (and it is mostly youngsters - older people are too smart to get caught up in such nonsense) believe that things are "so bad" they have nothing to lose.  But oddly enough, many if not most are comfortable middle-class kids with bright futures.  What they are rebelling against isn't the nominal causes they are celebrating, but the very comfort of their lives.

So what's the point of this?   Well, you have to look out for your own interests - as selfish as that may seem.  Why?  Because no one else is going to.  Oh, and by the way, the people you are trying to "help" with your protests - unless you are one of them - really didn't want your intervention.   The soldiers serving in Vietnam didn't want anyone to blow up the math building.  In fact, they would have cracked some hippie skulls, if they had their way.

The real way to achieve social change is to be successful - to have power and wealth, even a modicum of it.  Because the political system listens to people who vote - and people who contribute to political campaigns.  What brought about the most change in the last 50 years wasn't rioting or looting, or blowing things up, but our generation coming into power and changing things from within.

And whether you believe it or not, we have had radical change in the last 50 years.  Bear in mind that a little over 50 years ago, you could not check into a hotel or eat at a lunch counter in the South if you were black.   Today?   Well, despite all the "racial tension" that supposedly exists in America, I went to my local restaurant last night and saw people of different races sitting down together and eating in harmony, without so much as a dirty look.  One black fellow at the counter was sitting with his white girlfriend.   No one batted an eye.   This is Georgia, 2020 - a far different place than the Georgia of 1960, to say the least.

This is not to say things are perfect - far from it.  But some white chick from the suburbs driving into the inner city to throw bombs and start riots isn't going to change anything, and indeed, it isn't helping the cause of black people - who never asked her to do any of this.  It is a selfish act - self-aggrandizement and yes, perhaps this is  an example of "cultural appropriation" the kids talk about.  Going to a black lives matter protest, as a white person, may be supportive.   Trying to take it over, is just racist.

Yet we see this all the time - a "black lives matter" protest is cancelled in suburban town, when it was pointed out that there were no black people involved in planning the protest, or indeed, even attending.  You can't hijack someone else's cause as your own, just so you can feel better about yourself.   Maybe it is based on good intentions, but good intentions gone awry.   And the path to hell is paved with such good intentions.

The image above is of Che Guevara, who many romanticize (that word, again!) as a chic revolutionary.  My idiot brother had a Che flag when he was in college, and I even made a silkscreen shirt with that iconic image, not really even knowing who Che was or what he stood for.  It was only when I met some Cuban ex-pats that I realized he was a murderer and not some disadvantaged peasant, but a wealthy middle-class Argentinian who latched himself onto other people's causes.   He murdered people - shooting even children in the face, in La Cabaña.  Even Castro got tired of this interloper, so Che went off to Bolivia to get involved in yet someone else's revolution.  People like him are just trouble.

The king of revolutionary Chic - Che Guevara - and what did he accomplish, in retrospect?  Nothing, absolutely nothing.   Communism is all-but-dead, worldwide - if it every existed in the first place. Every "revolution" created by Communists resulted not in socialist paradise, but rather totalitarian regimes.  Cuba had all but reverted to a Monarchy under Castro, as has North Korea. The excesses of Batista were replaced by..... the excesses of Castro.  I am not sure what the point of his activism or revolution really was, in retrospect.  The Cuban revolution would have been carried off without his intervention in any event.

That's the problem with being an "activist" - not much ends up getting accomplished.   Barack Obama didn't really accomplish much as a "community organizer" compared to what he did as an elected official.   And myself, I nearly fell into that trap - feeling I needed to become an "activist" in what was already a crowded field of underemployed malcontents.  Turns out, being successful in my own right did more to advance any "causes" I had than protesting or confrontation.  What puts an end to discrimination, once and for all, is when people realize that people who seem different from themselves, really aren't that much different.

And what the hell, isn't it better that doing good for yourself is, in turn, doing good for society?  I mean, that is what we call a win-win situation.

Railing against "the system" isn't an act of empowerment, but an act of powerlessness.  It doesn't accomplish much, and in fact, ends up destroying more than creating.  Just say "no" to being a revolutionary.  You'll just destroy your own life and accomplish nothing.  On the other hand, if you improve yourself, you improve society, and you'll have a greater voice in that society - and real power to make change.   It is your choice - to be a pointless loser, or a winner.
Newer Post Older Post Home