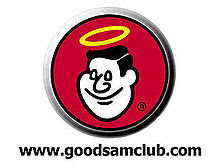 I am a charter life member in the Good Sam Club, which means I get on a lot of mailing lists aimed at older people.


UPDATE:  I posted this a long time ago (March 2011).  Seems like a good time to update it.  Read this article (in .pdf format) by a journalist who covered the RV business.  He became disillusioned after he actually bought an RV and realized how poorly they are put together and how the financing can bankrupt many owners.   He gives the industry 20 years, tops, before a massive reshuffling occurs.  Maybe a bit dramatic, but who knows?

The Good Sam Club started out as a club for RV'ers, and as the same implied, were the sort of folks who'd stop to help you if you were stranded along the highway.  Back in the early days of RV'ing, this was to be expected, as RV's were few and far between, and of course, people were nicer back then.  Today, if you stopped to help someone with a broken-down RV, they'd probably think you were trying to rob them.

The club was acquired in the 1960's by a fellow named Art Rouse who published Trailer Life and later Motorhome magazines, both of which I have subscribed to in the past.  He sold his companies to Affinity Group which is a highly-leveraged holding company.  Affinity group also owns Camping World, the largest chain of RV-related parts and repair stores (many of which also sell RVs), the Woodalls camping directory, and Coast-to-Coast RV resorts.

If you are in the RV business, you can't afford to piss-off the folks at Affinity Group, as they have a large chunk of the RV market sewn up.  Camping World, which started as a parts and accessory store and RV repair shop, also now sells RVs, which no doubt makes many independent RV dealers nervous - very nervous.  They are now the largest RV dealer in the world.

Why?  Because Affinity Group controls the major trade publications of the industry and also the largest RVing organization.  If they wanted to, they could make your life miserable, if you were a manufacturer of RVs, a parts maker, a campground owner, or whatever.  They control a lion's share of the marketing in the industry, which is a very scary thing.

To date, it does not appear that Affinity Group has "gone over to the dark side".  In fact, considering their monopoly power in the RV industry, they have been remarkably restrained.  Since Camping World now sells RVs, as well as servicing them, it would not be hard for them to steer customers away from independent dealers, through the Good Sam Highways magazine, Trailer Life, and Motorhome, to exclusively Camping World dealers.

UPDATE:  The move to the dark side has commenced.  The Good Sam magazine, called Highways is now an insert in Trailer Life and Motorhome magazines and is no longer a stand-alone publication, other than an advertising circular published periodically for Camper World.  Good Sam is no longer an organization advocating for consumers, but a marketing arm of the largest RV dealer in the world.

Perhaps they are doing things like this, in a subtle way that I just don't notice.  For example, all three two of the magazines have (or had) a consumer complaint column, where people write in about their outrages relating to RVs.  Most of these letters are from people who paid far too much for these things and now regret making a very bad financial decision.  When the darn thing breaks, well, they take it out on the nearest service place that tries to fix it.  And most of these complaints are against individual dealers and retailers, not Camping World.

And it is not like Affinity Group doesn't have the motivation to "go evil" either - their bond rating was recently reduced to "D" level, according to the Wikipedia link cited above.  They got involved in the S&L crises way back when, and the entire company is highly leveraged in debt.  Back in the RV go-go days of 2005, this probably seemed like no big deal - People were buying larger and more expensive RVs, often costing hundreds of thousands of dollars.

But today, many folks are realizing that selling it all and buying a rapidly depreciating $250,000 motorhome is nothing short of financial suicide, for middle-class Americans.  And yes, I know people who did this, and ended up broke and retired, trying to live on Social Security, when the motorhome was repossessed.  RVing can be economical, but that doesn't result in big profits for the RV business.

So it remains to be seen what will happen to Affinity Group in the next few years - whether their staggering debt load takes them under or not.  And if it did, the company could be a good target for a takeover.  With a nationwide chain of RV stores, three major publications, a chain of RV resorts and the premiere RV guides (Woodalls and Good Sam) they can control the market, if they chose to.

From a consumer point of view, this interlocking of interests is somewhat disturbing.  So long as you realize you are being cross-marketed by the same organization, it is not such a bad deal.  But you have to bear in mind that you are being marketed to, and that the resulting message is not necessarily presenting deals in your best interests.

UPDATE:  Since I wrote this, Good Sam/Woodalls/Camping World/Trailer Life/Motorhome Magazine et al (collectively, "Affinity Group") has cemented its position as the number one RV dealer.  The only thing they don't do is manufacture RVs - yet.  Sadly, they offer a lot of RVs, some not very well made, on very long-term loans that may trap the owners by being "upside-down" on their loans for the life of the loan.

And as in 2009, I suspect I will get a lot of hits in the coming months on "how do I get out from under my Boat/RV/Motorcycle/Car loan that I am upside-down on?

People never learn, do they?  We can blame Affinity marketing for being "evil" but it is people who sign up for these loans and buy this junk - leave your pen at home!
Newer Post Older Post Home