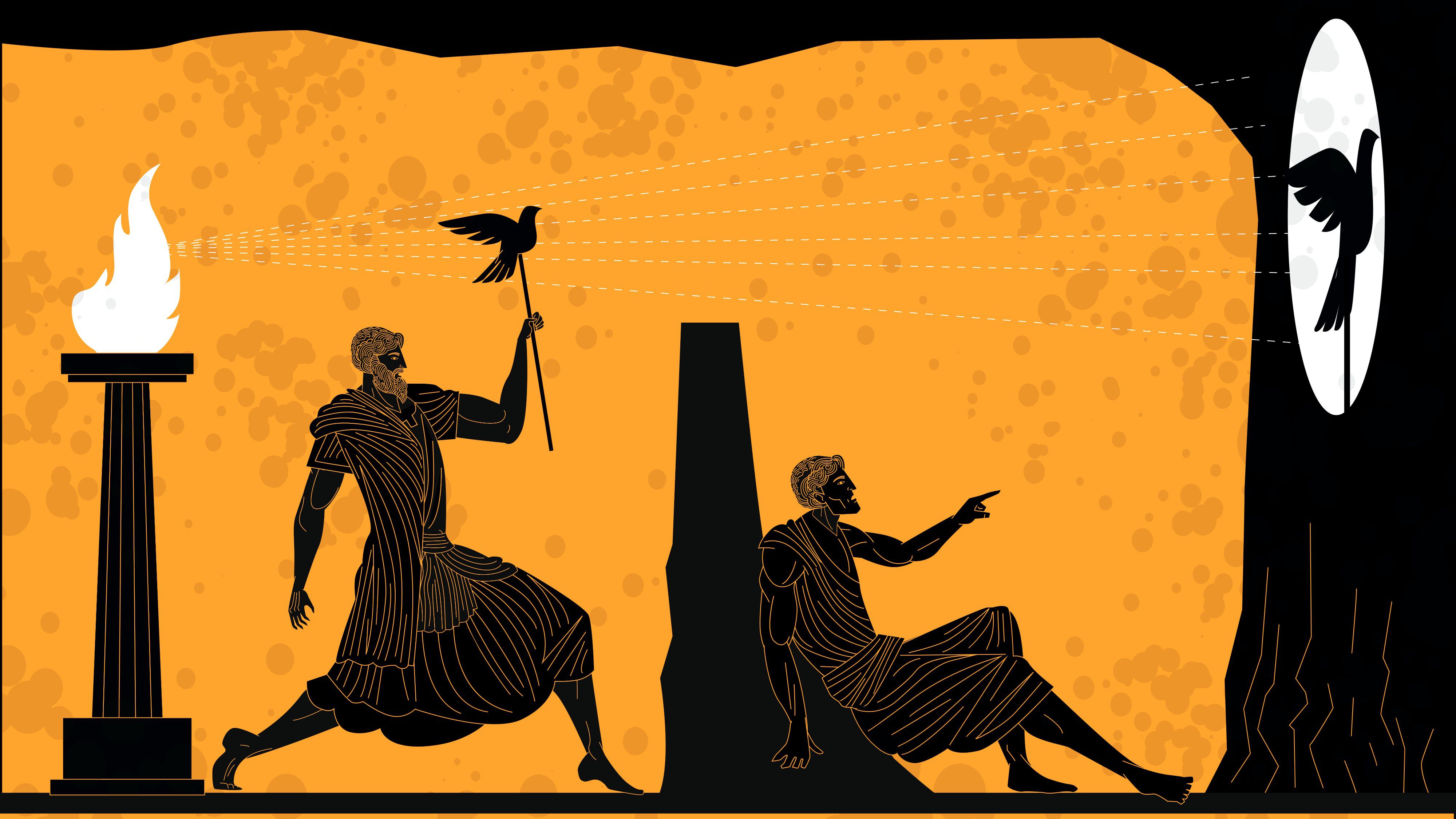 Was Plato a Time-Traveler?


In the "allegory of the cave" Plato talked about a hypothetical cave where people sat around all day looking at flickering images on the wall.   They were subjected to these images from childhood, forced at first, but willingly later on.  The images were not real, but mere shadows of things that were real.  Oddly enough, the people in the cave didn't want to leave - preferring their false reality to the actual one.

I read this and fell out of my chair.  He described, with great accuracy, what our civilization is today.  Some folks even call their homes "caves" or talk about "man caves" - and we all watch the flickering images on our wall-screen television.   In Plato's time, he postulated that these images were shadows, created by various actors using objects or puppets to create false images for the people to view.  Today, we have network executives - the new puppet-masters.

But of course, Plato was not a time-traveler, just an astute student of human nature - he realized even back then, that people would prefer distraction and entertainment to reality - they would rather live in denial, a dreamworld, than confront reality, which they would view as too harsh.

And while most folks these days (myself included) don't read Plato, I suspect perhaps more than one network executive has - and perhaps David Sarnoff did as well.  They understood that Plato's view of human nature was spot-on, and if you could provide these flickering shadows on the wall, people would prefer to view them instead of the real world, and through these flickering images, you could control people on a massive scale.

The analogy to the world today is apt in other ways.  If someone leaves the cave, they would be blinded by the sunlight (truth) at first, but might come to appreciate the beauty of the real world as opposed to the flickering and false images on the cave wall.   A former cave-dweller, attempting to return to the cave to inform his mates of the wonderful world outside would be blinded again, temporarily, by the darkness, leading the cave-dwellers to think the outside world was dangerous - and thus prevent anyone one else from leaving.

Fascinating.  And scary.   And I am sure if Plato were a time-traveler and could see how the world is today, he would feel his ideas were vindicated.

Today, it seems, most folks prefer the cave.  And if you try to tell them how wonderful reality it, they will not believe you, and in fact, attack you.