Is it Better For a Child to Inherit a House or Be Part Owner? 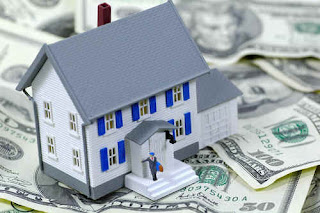 It is better to inherit a house, or be a joint-owner with your parents before they die?

"Is it better for a child to inherit a house or be part owner?"

What they meant by this question is, is it better to inherit a house from your parents, or to be made a joint owner during their lifetime?   In terms of taxes, inheriting can be better, but if you decide to live in the house, perhaps it is a wash.

This question is relevant to older people as many, as they age, put one or more of their children as joint tenants on the deed to their house.   We call this "Joint Tenancy with Right of Survivorship" or JTWROS for short.   It is also possible to put them on the deed as "Tenants in Common" - and it makes a difference, a big, big difference.

If the child is a Joint Tenant with Right of Surviviorship, well they basically own the entire house with you.  When the parents die, the child then owns the whole house, and this happens automatically, without any probate, wills, or whatever.  All the child has to is file a copy of the parent's death certificate with the County deed office, and the house is theirs.

Why would parents do this?  Well, mostly for medicaid reasons.  If the house is deeded jointly to a child, it may not be counted as an "asset" for purposes of medicaid calculations.   However, there are rules to this - you can't deed the house to your kids two days before you enter the nursing home.  Usually there is a five-year waiting period.   Consult a tax advisor for more details and the current status of the law - laws change, postings on the Internet do not.

Tenancy in common might not work for purposes of Medicaid, as in this instance, each person would effectively own a share of the house and not the whole thing (how two people could each own a whole house at the same time is a bit of a legal fiction, but there you have it).    So if Mom deeds half the house to her daughter in Tenancy in Common, well, Mom still owns half, and that counts toward Medicaid, and not only that, when she dies, well, her half has to be probated, and if there are other children, the daughter would have to buy them out or agree to sell the house and divide the proceeds.   Very few people use tenancy in common except in special circumstances.

When Mark and I bought our first house, I was chagrined to see the lawyer had put Tenancy in Common on the deed.   I told him to correct this to JTWROS and he balked.  This was in 1989.  "But if you should die, he gets to keep the whole house!"   It was a different world back then, and even the bank was skeptical as to why two unrelated men were buying a house together.  As I recall, we had to couch it in terms of a "business agreement" - how times have changed!  But I digress.

Getting back to JTWROS - when Mom dies and the house transfers to the daughter, does she owe any taxes on it?   That gets trickier.   In terms of capital gains, if they lived in the house for three of five years before selling it (consult tax adviser for details and updates) the issue is moot - it is deemed their principal residence and no capital gains are due.  So if they are on the deed as Joint Tenants with Right of Survivorship, and they live in the house for a few years, they can sell it with no capital gains tax.

Does Mom's estate owe any taxes?  When you give someone a gift, oddly enough, you might have to pay taxes on that gift.  It is called the "gift and estate tax" - sometimes called the "death tax" by right-wing teaparty know-nothings.   Fortunately, there are huge exemptions, so this tax doesn't apply except to really, really rich people.

If the daughter tries to sell it early or never lived in the house (but rented it out as an income property), well, then capital gains tax may be due.   And how capital gains is calculated depends on when they "acquired" the house.   Capital gains are calculated based on the sales price minus the "basis".  The "basis" in most transactions is the acquisition cost.   In this example, since you gave them the house, their basis might be zero, and as a result, capital gains tax might be due on the entire amount.    I would suggest they live in the house a few years.  Again, consult your tax adviser for more details.

Of course, they could sell the house and transfer the "basis" to another rental property, using a Starker deferred exchange.   Later on, declare this as a principal residence for three years, and walk away tax-free.   The tax laws, as currently written, favor homeowners - middle-class and above.   Poor people are not really getting screwed, however, as most pay no taxes whatsoever, or very little.

But suppose instead of putting your kid on the deed (which some parents do to try to get on Medicaid) you leave them the house in your will?

Well, from a tax perspective, for the kids, it gets a lot easier in some regards.  Since inheritances are given a "stepped up basis", the "basis" of the property is deemed to be the value of the home at the time of the parent's death.   As such, if they sell the house right away, the capital gain is zero and they pay no taxes.   If they keep the house for a few years, as a rental property, and it increases in value, they may have to pay taxes on the gain.  So this scenario is arguably better for the distant child who isn't likely to want to live in the house for three years after you die.

For example, Susie lives 1,000 miles from Mom.   Mom realizes she will have to go into assisted living someday, so she puts Suzie on the deed as Joint Tenancy with Right of Survivorship.  Five years pass and Mom goes into a nursing home, paid for, for the most part, by Medicaid.   Five more years go by and Mom passes away.  Suzie files the death certificate with the county (deed records) and the house is now hers.   She lives 1,000 miles away and has no interest in living in the house.  Does she owe taxes on it?  What are her options?

Since the house was a gift, and Suzie and Mom are not married (that ain't legal! - yet) her basis is based on her "contribution" which in this case is zero - the house was a gift from Mom.  Arguably, she owes captial gains tax on the full sales price if she sells.  This could not only amount to tens of thousands of dollars, but also bump her up into the highest tax brackets, if just for one year.

If Suzie lived in the house for three years and declared it her "primary residence" she might be able to walk away tax-free. But since her job is 1,000 miles away, this is not practical.   A better approach might be to do a Starker deferred exchange (see tax advisor, again) to sell the house and transfer the basis to a property local to her.  She could rent this out, or move into it and declare it a personal residence and when sold, be tax-free.  Consult a tax advisor for more details.

But suppose Mom never deeded the house to Suzie and one day dropped dead of a heart attack in the kitchen?   Suzie is the sole heir in the will, let's say.  She inherits the house and the "basis" is the value of the home at the time of Mom's death.  Suzie puts the house on the market and sells it for a half-million, which she walks away with, tax-free.

In another scenario, maybe Suzie doesn't live 1,000 miles away, but had an apartment local to Mom.  Not only does Mom deed the house to her jointly (JTWROS) but Suzie moves in as Mom's caregiver for the last five years of her life.   Since Suzie was using the home as her principal residence, no taxes are due if and when she decides to sell it.   So there is again, another tax-free scenario.

As you can see, there are ways to do this while minimizing taxes, although it gets tricky if you jointly own the house, even in JTWROS, if you don't live in the place.

Of course, the point is moot.   By the time these issues arise, you can't change your circumstances to change the tax outcomes.  Suzie can't quit her job and move 1,000 miles to live with Mom, or live in Mom's house for three years after Mom died.  Life circumstances dictate what we do, not the tax code - or at least that is the way we should live our lives.  The tax code is not an investment guide, nor a guide to modern living - it merely calculates how much your taxes are going to be.

But, if you do end up owning a house in JTWROS and someone dies, consult a tax advisor.  You may be able to rent it out and make money, and perhaps transfer your "basis" to a property closer to home.  You can then convert that rental property to a personal residence and eventually sell that, tax-free.