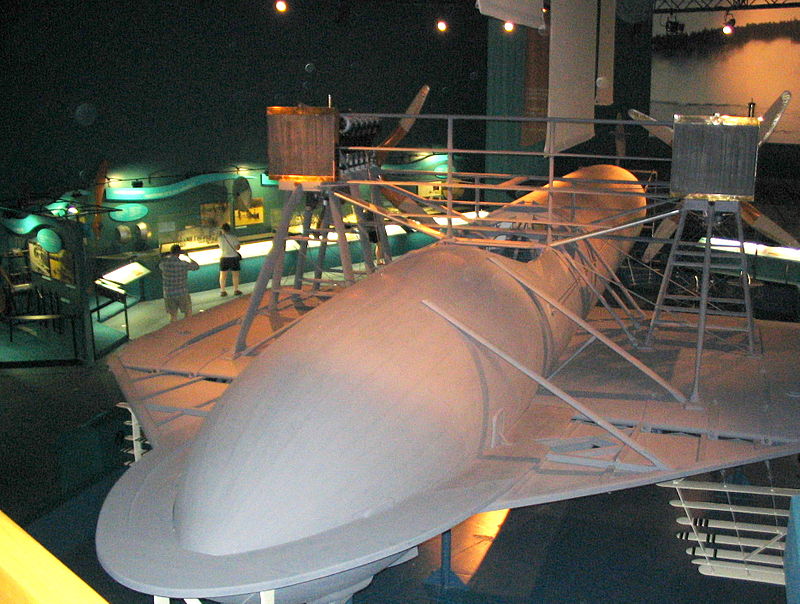 What we are taught in school in McGraw-Hill textbooks was often wrong.


A reader takes me to task for saying the telephone was invented in America, when in fact, Alexander Graham Bell was Canadian, which I should have known, having been to his estate in Nova Scotia and seeing his hydroplane displayed in the museum there.  In addition to his telegraph and telephony experiments, were his ventures into things like hydroplanes and even aeroplanes - although his tetrahedral kite experiments failed due to the high amount of drag involved.  Then again, maybe his tetrahedral kite was the predecessor of the Rogallo wing, and hence hang-gliding and even ultralights.

All that being said, as a Patent Attorney - or a former one, anyway - I have to admit that no great idea exists in the mind of just one man.  Most invention is a collaborative effort, and the awarding of Patents to just one person or group of persons, while it stimulates innovation, often rewards the "inventor" - or more precisely, the corporation who owns the Patent - who files the earliest and has the best Patent Attorney (and I'm retired now!).    The realities of inventing are a little messier than the success stories we are taught in textbooks.

For example, there are a plethora of voices who claim Bell, while inventing the magnetophone, was not the original inventor of what today we would call the telephone.   Well, what in 1960 we would call the telephone - an electrically-powered device that amplified signals from a carbon microphone and sent them over twisted pairs of copper wires.   Today, the landline is all-but-dead, and even though a smart phone can send voice messages, few people even use this option anymore.   Bell was deaf, so I think he would be texting today.

Oddly enough, his initial experiments with the "harmonic telegraph" are eerily similar to the spread-spectrum ideas that we use today both for DSL and Cellular communication.  But then again, we all know than Hedy Lamarr invented that!   Hedy, not Hedley.  But I digress.

As I noted, others point out that similar inventions came about at the same time, but Bell was the first to file at the Patent Office - and presumably first-to-invent as well (we have since reverted to a first-to-file system).   But without improvements by others - such as the carbon microphone invented by Edison - the modern, well, mid-century-modern, telephone, would not exist.

Oh, right, Edison.  The "Wizard of Menlo Park" who invented the phonograph cylinder - but not the phonograph record (the latter of which may have been an attempt to design-around his Patents) and the electric light and a host of other things.   Like Bell, he was an inventor.  Like Bell, the mythology and reality are hard to separate sometimes. Many argue that Edison took credit for anything invented at his Menlo Park laboratories, regardless of who actually invented it.   And in my experience as a Patent Attorney, I've seen this sort of thing happen - supervisors or company owners insisting their name be listed - first - as primary inventor on any Patent application, even if their contribution was tangential.  And I've seen, in litigation, an example of an "inventor" who took credit for work a former co-worker did, after he left the company.

But back in the day, it was the same deal.  Growing up in the 1960's, our elementary school textbooks taught a story of American exceptionalism - continuous and glorious growth from 1492-onward (bectcha didn't know Columbus was an American!  Why else would he name the new world, "America"?  Like, duh!).   Of course, school textbooks are simplified and streamlined for the novice mind, and complexity and details serve only to confuse young children.  And since all of our textbooks are vetted by the Texas Board of Education, they tend to take a pro-America, conservative tone.

Every country does this, of course.   We criticize Japan for teaching their kids that their country won World War II and that Koreans were so grateful to be "liberated" by the Japanese army (ditto for China).   We run down Russia for its similar pro-Russian propaganda, Iran for pro-Shia nonsense, and so on and so forth.  In some ways, we are no different, other than, well, we are allowed to critique these things, such as I am doing here.

Pursuant to the Executive Order Preventing Online Censorship, the above paragraph is to be stricken from this blog.   This is your first and only warning.  Further "Censorship" of the President's MAKE AMERICA GREAT AGAIN - OR ELSE! platform will be met with strict, severe and unspecified punishments.  YOU HAVE BEEN WARNED!  Covfefe!

What was I saying again?  I can't remember, some loud clanging noise just occurred in my ears, making it hard to hold any thoughts.

Oh, right, textbooks.   As a kid, we had an "American History" textbook which taught us about "the great explorers" starting with Columbus, going on to DeSoto, and Lewis & Clark, all the way to John Glenn.  The next chapter was on the "Great American Inventors!" which detailed how Morse invented the telegraph, Bell invented the telephone, Franklin invented electricity, Edison invented the record player and the light bulb, Ford the automobile, Westinghouse the electric motor, and Marconi the radio.

All of course, were Americans, or at least honorary Americans, or had the common-sense to come to America at some time or another.  It was only when you got to things like "television" that the textbook would admit that it was a collaborative effort of sorts, although the British like to tout Baird has having invented mechanical television first, but there were even precursers to his efforts - and the Nazis, like so much else, got involved with some of the first broadcasts of electronic television,  but they were more imitators than innovators.

But this does illustrate two things.  First, we - as human beings - like simple, direct stories.  We like the story of the solo inventor toiling in the garage in Palo Alto inventing the personal computer, even if it is something of a myth.   Complexity and nuance are not something we are comfortable with, as it calls into question our belief system - and these are beliefs we have, not science or fact, to be sure.  And of course, nuance and shading are hardly appropriate for grade-school children, who like everything in black-and-white, or at most, in bright primary colors.   No pastels or complex colors for the children, please, other than the "flesh" colored crayon in the box of Crayolas!

But a second thing I almost mentioned in passing - that Nazis were great copiers but not necessarily great innovators. Nazi scientists would be the first to admit that the work of Goddard - in the United States - was the basis of all their rocket experiments.   But in a totalitarian regime, their direction of research was of course, strictly guided.  It is fortunate for us, but not unexpected, that the Nazis would dismiss nuclear physics as "Jewish Science" and limit their research in this area.   Stalin did the same thing, often advancing people and ideas that were not proven, and whose "technology" was in fact based on wishful thinking, if not outright mysticism.

Today, the Chinese are in the same situation. Early on, they were slavish copiers of Western technology, and as their society opened up to capitalism and more personal freedom, more and more innovation took place.  Sadly, the bamboo curtain is slated to come down again - as totalitarianism once again takes hold in China.  This, in turn, will stifle innovation, which will kill off the Chinese technological miracle - particularly if they chase away Western technology partners, and markets.

Our Patent system is arguably unfair - awarding to one or more inventors, almost randomly, the rights to an invention, which may be more of a collaborative effort by many more.  Our quasi-capitalist system is also arguably unfair, awarding billions of dollars to people who are in the right place at the right time, or have the right connections.  Why should Bill Gates be a billionaire and not Gary Kildall?   Why should Jeff Bezos be the richest man in the world, and not someone else who started a similar online retail shop (and there are many, I am sure) whose name is lost to history?  Why should Zuckerberg be so rich, while Tom Anderson labors in obscurity (he co-founded MySpace).

The results are uneven and arguably unfair.   Well, blatantly unfair in many if not most, cases.   It isn't the outcome that drives innovation and technology, though, but the promise of the outcome.   Every inventor knows, going into this gig, that they may not succeed. They need to develop an invention that people want - or need - and then market it successfully and hope someone else didn't beat them to the punch, or that their Patent is held invalid, or someone steals their ideas - or whatever.

Bell patented the telephone, but had to sell off more than 90% of his interest to investors, as the cash was needed to build the tremendous infrastructure needed to make a phone company.  Go big or go home - you also need that cash to fend off competitors as well.   Even still, he made out OK, although he hardly was a captain of industry.   It is only when inventors fail to realize this, that they end up in trouble - thinking that inventing is the only relevant part, and that riches pour in, automatically, once you come up with an idea.

The potential reward is there - but many, many are competing for it.  And it is not always rewarded, or rewarded fairly. Outcomes in our society are not preordained nor are they evenly distributed.   Some argue this is an injustice, and perhaps it is.  But in other societies - totalitarian societies - rewards are evenly distributed, which is to say, little or no reward at all.  In the Soviet Union, they awarded "Inventor's Certificates" to Comrades who came up with new ideas (and were not shot for doing so). The Certificate entitled the inventor to... nothing, because in an ideal socialist society, no one has advantage over another, right?

The free expression of ideas and freedom of thought is necessary, and like the Chinese - and other countries worldwide - we seem to be lurching toward a totalitarian thought-control State, where "freedom of expression" is limited to those in power.  Seems harmless enough, but when you suppress the right to express your opinion - whether that opinion is of an individual or a corporation doing fact-checking - you suppress innovation and in turn, economic growth.