White People Trying to Out-Black Each Other 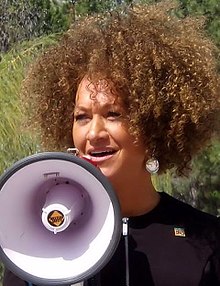 
In the aftermath of the killing in Minneapolis of George Floyd, the reaction has been interesting.   As you might imagine, a lot of people are upset, and many are peacefully protesting for justice - which is happening, slowly.  People have been fired and charged with crimes.   You really can't expect much more than that, right away.  It is a big change from when I was a kid - no one would have been charged, and since there were no cell phone videos back then, no one would have known.  A lot has changed in 60 years. Then again, a lot hasn't, either.

But the weird thing is how white people are acting, particularly the self-anointed "woke" variety, who not only are marching in sympathy, but are getting out in front and thinking they should lead the parade.  Not only are they usurping these protests from their rightful leaders, they are shaming and damning anyone who questions what they are doing.  They act like they are the only ones who "care" and everyone else is just some heartless bastard who supports police brutality.

Worse yet, are the white folks from the comfortable suburbs, who decide to drive to a black neighborhood and set it on fire.   I am sure their efforts are appreciated!   How about set fire to your own neighborhood instead?  Oh, right, I thought so.

Don't get me wrong, it is great that people of all races are coming together.   But there is something about the tone of some of the white folks that bothers me a bit - and it is hard to put my finger on it.  It is like they are getting off on this - putting themselves in charge and acting like they know what it is like to be black in America, and moreover, it is their responsibility to educate the rest of us.

Hmmm...... yet another example of white people appropriating black culture and profiting from it?  Well, profiting in the Social Justice Warrior way, anyway, through self-aggrandizement.

Sadly, there is a long history of white folks appropriating black culture.  Music, for starters, whether it was the blues, R&B, Gospel, Rock 'n Roll, or even rap and hip-hop.  What as the first rap song to hit #1 on the charts?  "Rapture" by Blondie.  Doesn't get any whiter than that!   But that's just one of a long line of "cultural appropriations".  Elvis Presley took black R&B and Rock and Roll and sanitized it for a white audience, doing covers of songs first made famous by black artists. 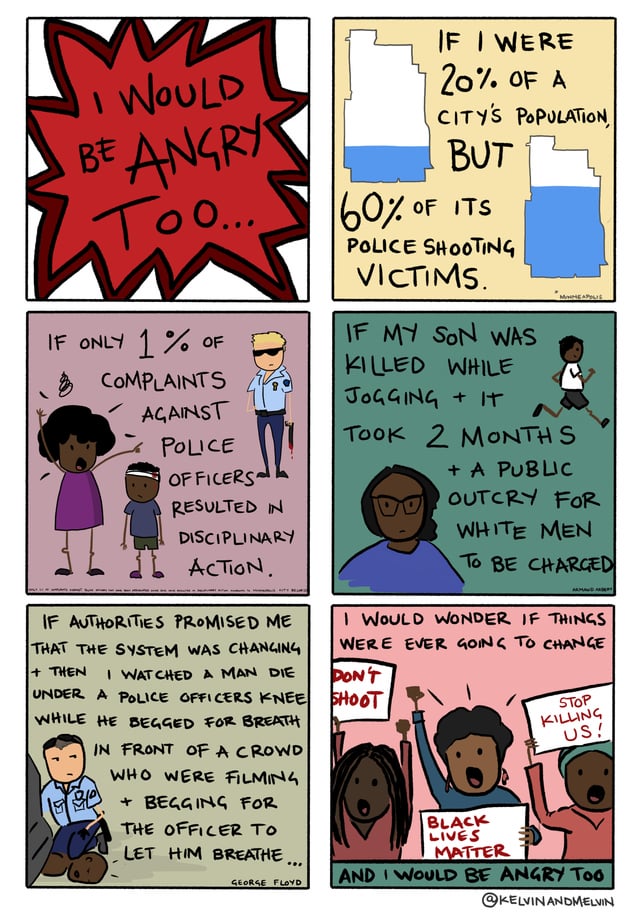 This comic strip, apparently written by two white women, tries to shame the rest of us for not "understanding" the plight of minorities.  They know!  They care!

Now granted, progress for any minority isn't going to happen unless the majority cooperates to some extent.  Women got the vote, but only after men voted for it.   Slaves were freed, but only after the bloodiest war in US history - with more casualties than all others combined.  Historically, whites have been involved in the civil rights movement from the beginning.  So it is a positive thing that people of all races are behind this.   But that being said, I am not sure I need to be lectured to by some white chicks as to what it is like to be black.  There is something wrong here.

The image at the top of the page is of Rachael Doezel, a confused young woman who claimed she was black - and even headed a local chapter of the NAACP.  Her parents found out about this and informed people that she was, in fact, whiter than white.   She apparently colored and teased her hair as well as her skin, to "pass" as black.  And you wonder, why is this?   After all, the statistics on being black are pretty bleak - and historically, many blacks tried to "pass" as white for that very reason.

Culturally, being black is considered cooler than being white.  In terms of music, fashion, cuisine, there is a lot in "black culture" that is considered more trendy and desirable (I hesitate to use that phrase, as I am not a fan of this "culture" nonsense - culture belongs to everyone and no one at the same time).  So Ms. Doezel wanted to be black - which would have harmed no one, until she decided to become President of the local chapter of the NAACP.

It also becomes a problem, like with Elizabeth Warren, when a false claim of ancestry leads to some kind of preferential treatment.  Warren claims she received no benefit from claiming "Native American" ancestry, but Harvard trotted her out as their first "Native American" faculty member, and used her specious claim of ancestry to meet government quotas.  So there was some benefit, only because there are set-asides in our society.

On the other hand, I get it that people want to be nice and do something to be supportive.  But one sure way to make a black person uncomfortable is to go up and high-five them and shout "Black Lives Matter!" in their face.   I mean, they appreciate the gesture, to be sure, but it is a bit awkward to deal with.   I mean, what do you say to that?  It is like when people come up to us and say, "You're so brave!" and while it is nice people are supportive, it is.... awkward!

I am not sure where I am going with this, other than something doesn't seem right about some of this. White kids from the suburbs driving their Mom's car to the protest in the black part of town (which they had never been to before) and starting fires, throwing Molotov cocktails, looting, or starting riots.  If you want to protest, as a white person, great.   But I don't think it is your place to lead the protest, much less escalate it to violence.   Yet, some white kids are doing just that - looking for a thrill, and a chance for self-aggrandizement among their peers as being "woke".

Perhaps this has always been the case.  My brother protested the Vietnam war, but got a deferment as he was in college.  My brother-in-law was drafted right out of high school.  He was sent to Germany, where he spent his "war years" fighting with black soldiers.  Yes, he was a bit racist.   Was he the guy my brother was protesting for?  Because if the two of them had met at the time, my brother-in-law would probably have punched my brother in the face and called him hippie scum.

So why did my brother have this social justice boner his whole life?  Interesting question.  If you met his peer group, you might get an inkling of what was going on.  While some folks in the suburbs claim status by who has the most perfect lawn or the largest SUV, in my brother's social group, status is achieved by how politically correct and "woke" you are (although they predated that term) as well as your intellectual credentials, and so on and so forth.

And I think the same thing is happening today.  I get this impression from people - as expressed by the comic above - that somehow they believe they are better than us because they care and the rest of us are heartless cruel bastards who are woefully uninformed and need to be "schooled" by them.  Because, no one knows more about what it is like to be black than two white girls, right?

Thank God for that, is all I can say, because until today, I didn't realize racism was a problem.   But today's kids, well, they've got it all covered!   Thank you for bringing this to our attention!   We were so ignorant of this, until you brought it up.

Myself, I am not getting involved in any protests.  Why?  Well, first of all, it isn't my protest, and I wasn't invited.  Plus, I am not driving six hours to Atlanta (this is a bigger State that you think!). Also, since these protests have gotten violent (thanks in part to misguided "antifa" white people) it isn't safe.   Finally, I think the point of the protests has already been made.  At this point, the folks who are still protesting are the ones hoping a riot breaks out, and maybe a little looting, too.  All the legitimate protesters went home, once the fires started.

It's a real tragedy.  But I am not sure that what some of these white folks are doing is the right response.   It isn't our place to lead the protest, or lead the parade, is it?

UPDATE: What is fascinating is how the left-wing press is playing this, claiming there is "no evidence" that white kids from the suburbs are involved in this rioting - even as more and more are arrested and charged, even with murder. What are they getting at? That it is OK that black people riot? I am not sure - there seems to be a narrative that rioting is OK, so long as it is justifiable black rage. Yet people - including policemen - have been shot, run over, burned, and killed. How is it "justice" to kill several innocent people in response to the unjust killing of one?
UPDATE: Another white kid has been arrested, for handing out Molotov cocktails and filming himself setting fire to a cell phone store in a black neighborhood two States away - commuting to the riot, only in America. Some folks say that these are outliers, that there are only a few white troublemakers. But even one is too many. It is one thing to show up at a protest, another to show up, take over, and start a riot. I suspect a lot of this is being fed by social media, and you know who is posting and encouraging this online - our friends in Russia. Don't be a useful idiot. Don't be an idiot, period!
Newer Post Older Post Home