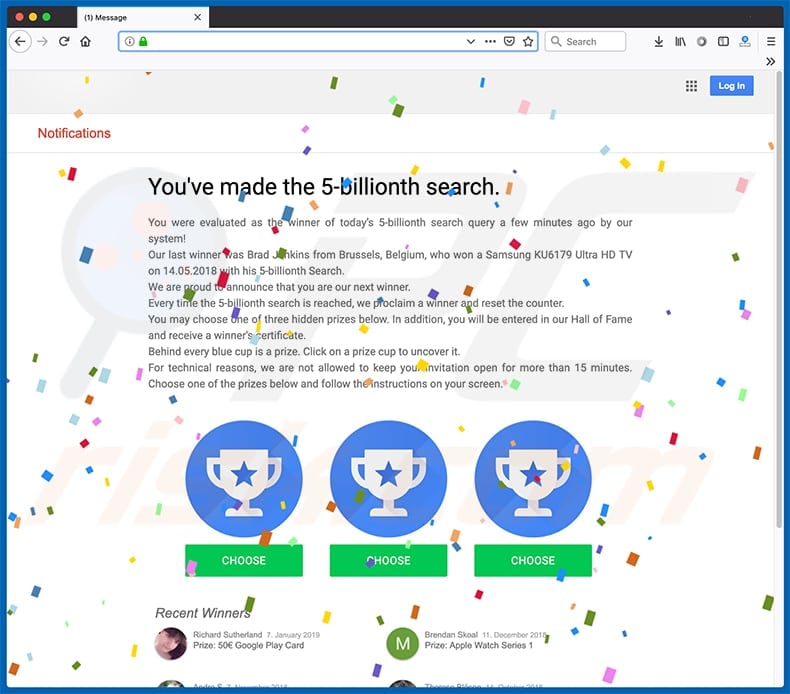 No, you haven't won a contest you never entered.


I may end this latest monetization experiment very early.  I was looking at my blog to see what the ads were like.  At the bottom was an ad for "Fox Car Rental" which is a legitimate but unloved car rental company - rated as one of the ten worst.  The ad was odd, in that it was kind of low-resolution and pixelated.  I clicked on it and when I tried to click back, I got the screen above.  I tried to back-page to get out of it, but no luck.  I had to dump Chrome on my phone and start over.

I tried it again, and got the same deal - from this same Fox car rental ad, which may have been illegitimate.  I noticed next that the ads from Infolinks were BLANK - maybe they spotted the problem and X-ed out the ads, I don't know.

This article explains the "redirect" scam, and claims it can be caused by a PUP installed on your computer.  But what about your phone?  I ran a scan on the phone and no corrupt software was reported.  I did remove a couple of apps I had recently installed (but didn't use) and tried again - the problem seemed to go away.  The article, of course, is an ad for malewarebytes, which I used to use, but frankly Microsoft Security Essentials, which is free, does a better job and is less intrusive.

If you have seen this "You Have Won!" screen, please let me know.   It is one thing to monetize a blog, another thing to rip people off.  And yes, it is a ripoff.  If you do see this screen, don't click on it, close your browser!   You did not win a television or a new smart phone.  Google doesn't have a 5-Billion search contest.  Wake up!

Internet advertising is pretty sketchy as it is.  I wrote a blog entry about this a long time ago, wondering why Facebook - supposedly a "legitimate" company with billions of users - would resort to accepting ads for "one trick of the tiny belly" or "Obama wants Moms to go back to school!"   Where are the ads from the big car companies?  Proctor and Gamble?  General Foods?   Or those funny ads for car insurance?  Disney?   Why weren't the big boys playing in Facebook's sandbox?

Well, the answer is, they are now, once Facebook was established as a going concern.   They still have some crappy ads, though.   And with Infolinks, it is interesting - they have "legit" ads for things like bottled water and particle-board furniture, but also sketchy ads for online MBAs from for-profit universities.

Then again, this is a trend that started with television, particularly cable television.   If you watch the old television shows from the 1960's, they had sponsors like Ford or Kelloggs or other mainstream companies.  It wasn't until the cable era when advertising on off-channels got cheap that you saw things like ads for invention brokers or "how to buy ugly houses" or whatever.  And of course, the infomercial was born - a television program that was all advertising - followed closely by entire channels that were nothing more than ads - calling themselves "shopping channels".

So I guess when advertising started to invade the Internet, it just started where it left off in television.  And since a lot of mainstream advertisers were skeptical of this new world of online advertising, maybe they held back, leaving the field open for the fraudsters, who now have an established toe-hold in the online world.
Newer Post Older Post Home