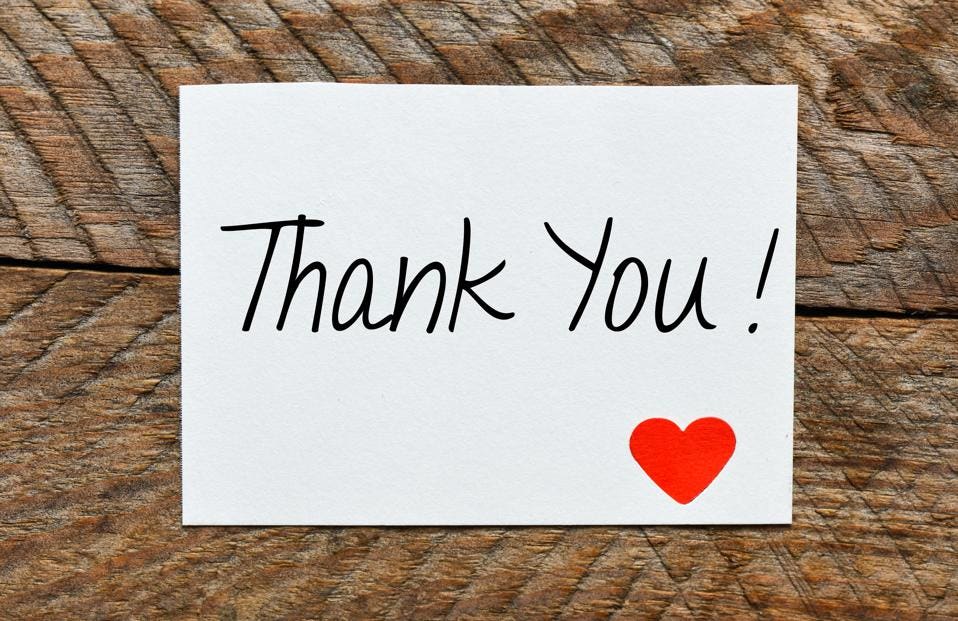 People can't just accept a gift and say "Thank You" anymore in America, without feeling uncomfortable.

First, a thank-you to all that sent donations via PayPal or Zelle (the latter of which I need to write a post about).  Thank you.  I tried to send a thank-you e-mail to each person, if I had their e-mail address.  I may have missed a few.  So thank you.  Now we're done.

Not so in America.  And maybe this is a thing in other cultures - I have read about this.  People come to you proffering a gift, and the recipient has to refuse it three times as if the donor was shitting in their face.

Donor:  Here is a gift for you!

Recipient:  Oh, no, I couldn't possibly!  You are so nice, but it isn't necessary.

Recipient:  Well, that's awfully nice, but you shouldn't have!

Donor:  Please accept this, I chose it especially for you!  I would be heartbroken if you don't say "yes".

Recipient:  Well, if you insist!  Thank you, it is nice!

What is going on here? When did it become such a burden to accept a gift from someone?  Like I said, I have heard about this in some cultures - a gift must be refused three times before it is accepted.  I am not sure why.

And I am not sure why this has become a "thing" in America, but I suspect it is not a good thing.  I think the real reason why people do this is accepting gifts makes people feel uncomfortable.  They assume that as a recipient of a gift there must be a quid pro quo and if they accept a gift, then down the road, the donor will expect some sort of payback, either in the form of a reciprocal gift, or in the form of some sort of favor or another.

It gets back to the corruption of Christmas, as I have ranted about before.   No longer is this the season of good cheer and good will toward men (the actual quote, is "Peace on Earth to Men of Good Will" and fuck everyone else) but rather we talk about exchanging gifts as if Christmas time has reverted to some sort of primitive bartering system.

And people freak out about this, too.  If you give someone something "nice" and their gift isn't as expensive, they get uncomfortable.  Class warfare rears its ugly head. It sounds all nice in Dickens' Christmas Carol, when old Uncle Scrooge finally coughs up the dough and buys that dry, stringy giant Turkey for Tiny Tim, but his employee knows full-well that his boss will hold that over head the rest of the year.

Maybe that explains it.   We have some friends who like to come over and give gifts.  Small things, really - soaps from the hotel they stayed at, or something they saw at a garage sale that they thought we would like and cost them little.   It is nice they think of us and I say "Thank You" and move on.  Mr. See has more of a problem with it, having to go through the three-times-I-deny-thee ritual before accepting a gift, reluctantly.  It literally makes him uncomfortable.

I am not sure why this is - perhaps some remnant of New England stoicism (which sucks, by the way - just own up to your emotions and move on, willya?) or perhaps something else.   But I just can't figure it out sometimes, he actually cries about it he gets so upset about someone giving him something.

Maybe I was born to the swag generation.  I take the other tack.  Free stuff?  Thank you kindly!  I'll have even more, if  you don't mind, doya?

Again, maybe I am in the wrong here and there is some sort of social protocol I am unaware of, being all Asperger's and all (according to some readers).  Or maybe I am just greedy.   But in my view, when someone brings you something, even if it is the coffee service from their hotel room, you say, "Thank you!  I will treasure this forever!" and move on and not give it another thought.  You are not obligated to bring them something or reciprocate.  Because if you did, it devolves into bartering, and not gift-giving.

In Japan, gift-giving is considered a high art, and people will hire consultants to determine what gifts to give.  Give too much or too little, and you lose face - and perhaps a lucrative business deal.  And how you receive a gift is carefully noted as well.  It is so arcane that Westerners are advised not to participate at all!  If a Japanese person gives you a gift, accept it graciously, but if you try to reciprocate, odds are you will only offend the recipient by over-gifting or under-gifting or somehow messing up the protocol.

And some gifts are merely symbolic.  At the Mitsokushi department store, they sell $200 gift melons in elaborate packaging.  Since so many  Japanese live in confined quarters, gifts can fill up their space in short order.  So a gift melon ends up being the perfect gift.  They know what you spent on it, based on the store logo and packaging, and in a few days, it is consumed and discarded.

The Japanese are so smart, aren't they?

But again, the art of gift-giving and receiving can be stressful, even for expert Japanese.  And maybe that is where we are today.  No one can merely accept a gift without their stress levels being elevated.

People sure are funny, aren't they?   I'll just take the swag and say "Thank you! Thank you very much!"
Newer Post Older Post Home