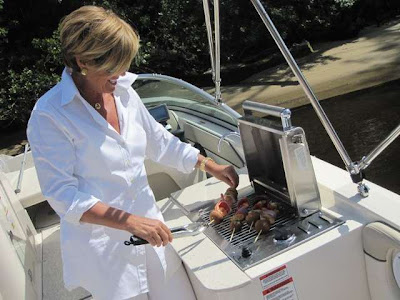 Telling people not to invest in their 401(k) is kind of criminal.


The Sooze is back at it again.  I was hopeful she had a change of heart, but deep down, she is just an attention-whore, and people have realized she is pretty irrelevant and her "advice" pretty much sucked, once she went down the "Approved!" road.

"Please, if you have the ability to do a Roth 401K, 403B, or a TSP, or a Roth IRA, those are the type of retirement accounts that you want to be in. Stay away from the traditional ones."

That’s personal-finance celebrity [!!] Suze Orman offering some advice on the “Pivot” podcast this week about what investors should be doing during the coronavirus pandemic.

With traditional IRAs or 401(k)s, savers get the tax break immediately upon the contribution, allowing their investments to grow tax-free, and then have to pay the taxes upon withdrawal. But there are better ways to save for retirement, considering the current climate, Orman explained.

“With a Roth, you pay taxes today, and in the long run, when you take it out, it’s tax-free,” she said. “Why? Do you really think that tax brackets aren’t going to have to go up five, 10, 15 years from now in order to pay for all the debt that we’re carrying? Of course they’re going to have to.”

The problem with this advice is, well, several things.  First of all, it is contrarian advice which generates clicks because the plebes say "Gee, I never thoughta dat!"   Second, it is one-size-fits-all advice which may not make much sense for the majority of Americans.  Third, it is pretty useless advice for the majority of Americans who only have the option of a traditional 401(k) plan.  Fourth, it serves only to validate to the great unwashed masses (who read only the title of the piece) that putting money in a 401(k) is a waste of time, because the Sooze said so!

So why is this crappy advice for most people?  Well, it assumes that you are currently in the highest tax brackets and will remain so when you retire.   My own experience negates this.  When I was working, I was in the higher brackets, to be sure - 25% or more.   Of course, I had a host of deductions, the biggest being the depreciation deduction for investment real estate, which knocked down my taxes during the peak earning years.  That allowed me to defer taxes for decades and pay them later on at capital gains rates - just like rich people do!

But now that I am retired, my taxes are.... nothing, or nearly so.  I paid a whopping $613 in Federal Taxes for 2019, and $803 for the State of Georgia.  Not much tax to avoid, is there?   And the reason I can do this, is my declared income is pretty low.   I take out some cash from my IRA (rolled over from my 401(k)), every January, and then try to live on this for the year.  If I take out too much, I lose the Obamacare subsidy.  Oddly enough, if I take out too little, I would lose it as well!  But the odds of me ending up back in the 25% bracket (now 24%) are pretty slim.  I won't even make it to the 22% bracket!  I'll probably be stuck in the 12% bracket for some time.
Now granted, the point the Sooze is making is valid - the goal of a 401(k) or IRA (traditional) is to defer taxes until retirement when your tax rates should be lower because you make a lot less money. And this is possible only if you pay off your mortgage before you retire and have no debts, as I do. Your cost of living plummets when you retire, for a number of reasons.  For example, I bought the hamster five years ago, and today it has only 20,000 miles on it.  The days of buying a car every four or five years are long behind me, as are the days of running 15,000 miles on the clock.

On the other hand, if you have a pension from the State of New York (and your spouse has one, too) and you are pulling in $165,00 a year, then you may be in the 32% bracket (just barely) and maybe the debt lifestyle makes more "sense" for you, as you have all those mortgage interest deductions.  More sense, but not sense - as if you had your house paid-for and that kind of income, well, you'd be living far larger than the big-income, big-debt-load lifestyle.   But then again, this scenario doesn't apply to Sooze's advice, as if you have a pension, odds are you don't have much in a 401(k) as you may not have been offered one.

Where Sooze's advice "makes sense" is for people who put millions into their 401(k) and are now drawing out six-figure amounts in retirement.   That is a very small minority of people in the United States!  We are talking about very rich folks, not middle-class chumps like me.   If you are pulling $200,000 out of your IRA or 401(k) in retirement, annually, you are either burning through your cash, or have a lot of it to spend, like ten million.   Few of us working slobs end up in that situation.

Now assume we put $8500 into a Roth IRA and pay $1500 in taxes.  After 30 years, you have $36,736.51 in savings, and there is no tax on this.  Whether or not this is advantageous to you depends on your tax situation in retirement.  If your other income puts you in a 25% bracket, then the Roth IRA makes sense for you.  On the other hand, if you are like me, and have structured your life to live on a lower income (by being debt-free) then you come out ahead with a traditional IRA.

Most people go though life in the middle brackets (25% or so) which are smack-dab in the middle of the middle class income (~$52,000 median, $65,000 average) so they pay in at about that rate.  When retiring, it isn't hard to have your income drop by ten grand a year - or more - often by necessity, not by design.  You downsize to a smaller home, park model, or trailer, and use that cash (tax-free) that was tied up in your house.  You don't have to buy cars, gasoline, or new clothes  all the time.  You even eat less food, and when you dine out, suddenly those "early bird specials" make sense.  Getting old is, yes, kinda weird.   But for middle-class schmucks, odds are, you will drop from the 25% bracket to the 15% or so, and that is a helluva drop.  For upper brackets, maybe less so.

So it is advice that "makes sense" for a very small minority of people, and just instills anxiety in the rest of us, who constantly wonder if we've done the right thing with our money or not.  And that anxiety never ends, either, so get used to it - and ignoring money-whores like the Sooze is one way to avoid this anxiety.  She throws Molotov-cocktails like this and they says, "Buy my book for more information!" or something to that effect.

And like I said (and as the Sooze implies) the advice may be moot - your company may not even offer such a Roth-style 401(k) plan, so as my Cuban friend likes to say, "So, what's your point?"

But what about rising taxes?   Surely tax rates, cut under the Trump administration, will go up in the coming years, right?  The Trump tax cuts will be reversed by greedy, evil Democrats, who will just take all your money and hand it over to undeserving criminal types (code words for you-know-what, right?).  And yea, there may be a nugget of truth in that - tax rates may be raised, once again allowed the Republicans to use the old "Tax and Spend" saw against the Democrats.  It is the same pattern again and again - they cut taxes to the bone, until the country is nearly bankrupt, and then blame Democrats when it all goes wrong and taxes have to be raised.  If they were just kept at a reasonable level, we wouldn't keep going through this cycle.

Like I said, Trump probably doesn't want to be re-elected.  If he was, he'd have to clean up the mess he made, and raise taxes, just as George Bush did.  "Read my lips!" - remember that?

So tax rates may go up.  But marginal rates are not going to double or anything like that.   The 12% bracket may become the 15%, the 24% become the 25% (and the number of brackets decreased).  The real jumps will be in the top brackets, where we may see 38% and 39.5% rates again.  Bear in mind these are marginal rates that only apply to the amounts in excess of the bracket.  It doesn't mean you are paying 38% in taxes overall.

So, even if taxes go up, maybe I will pay 15% instead of 12% marginal rate, but that doesn't mean my overall tax bill will go up by 3%, but in fact, far less than that.   It also means that the taxes I am paying at 15% are still far less than the taxes I paid when I was in the 30%+ brackets.  So for me, her "advice" makes no sense, and of course, it is inapplicable, as when I was working they didn't have Roth 401(k) plans, and fact, the Roth IRA wasn't created until I was five years out of law school.

But what about the current generation?  Should you invest in a Roth IRA or 401(k)?    Tough question - because you have to have a working time machine to understand which plan will work out better for you.   Perhaps the best answer is "a little of both" as if you have a traditional IRA or 401(k) you can control how much you withdraw from it in your early retirement years (until about age 72, after which there are mandatory minimum withdrawals).  Thus, if you have a mixed portfolio of pre-tax and after-tax investments (as we have) you can structure your withdrawals from your traditional IRA or 401(k) to keep yourself in the lower brackets, and thus "come out ahead" in the IRA game.

That's a more complicated strategy, but might work out better for many folks than Sooze's one-size-fits-all "401(k)'s are no good anymore!" alarmist and contrarian advice.

Because the bottom line is this:  The tax code is not an investment guide, but a way of calculating your taxes due.  The "savings" of going with Sooze's advice are going to be, in any event, pretty trivial.  You are not going to come out ahead by millions, or even hundreds of thousands of dollars,  maybe not even tens of thousands, either way - but may save a few thousand, depending on your tax situation, which is hard to predict.

The real answer is to invest, which most people are not doing at all.  And that is what worries me about Sooze's "advice" here - it sounds too much like a broad indictment of tax-deferred plans in general, and people hearing this (and reading only the headlines and not understanding what she is really saying) will just take this as a validation of their poor financial choices.  "Fuck the 401(k) - I'm buying a jet ski!"

Because that is how a lot of people think already!