Sooze Orman Has A Change Of Heart 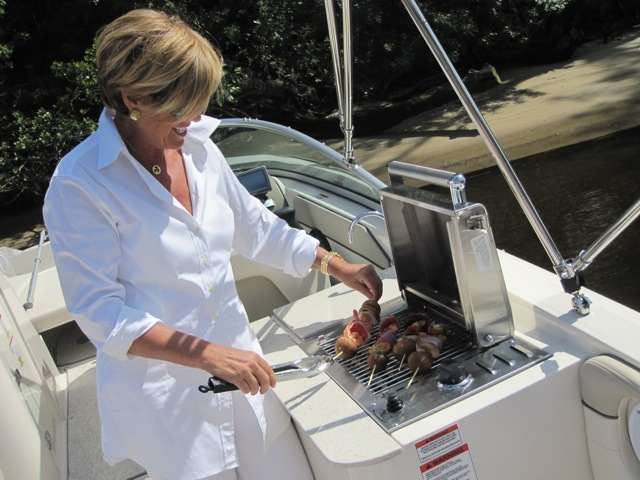 Has the Sooze had a Road-to-Damascus Experience?

We haven't heard much from the Sooze lately.  Maybe her "You're Approved" program lost its appeal (EDIT: It was cancelled, and the successor program is in limbo - and controversial, apparenty).  Whatever the reason, she's apparently decided to go back to her roots and offer some common-sense advice.  Maybe it's because so many financial advisors now these days are encouraging self-indulgence that going against the flow would get her some attention in the Press.

Or maybe she is just whoring for publicity to sell a $54 online course on finances.  Maybe.  I guess since she can't make money selling "FICO kits" anymore, this seemed like a good deal.

Whatever the reason, it's time to give the Sooze a big hug (at arm's length, with one hand on our wallet, just to be safe) because she's saying something rational for a change, even if she is attempting to personally profit from it.  In a recent CNBC article, she counsels people to spend less money on convenience transactions and points out that these little indulgences cost little by themselves, but  over time they add up to an awful lot of money missing from your bottom line.

Whether is getting takeout food instead of preparing your own meals, or stopping off at Starbucks for a three-dollar coffee, or at leasing a car instead of buying one and taking care of it, the incremental cost of these conveniences can really break the budget of a middle-class person.

I get a lot of flack from people who defend this type of behavior.  They don't believe that not indulging yourself in tiny little luxuries will make a big difference in your life.  After all it's only a dollar here, two dollars there, ten dollars here, or a hundred dollars there.  How could that add up to a million dollars over time?

This also plays into the mentality that if you can't be a billionaire in 10 seconds or less, why bother trying?  You might as well just spend all your money to entertain yourself and wallow in self-pity. And to some extent we all do this, it is a part of human nature.

But having been at both ends of this transaction, I can see how it plays out over time.  When I was very young, I squandered a lot of money on self-indulgence and it was pretty stupid.  I did manage to save some money, and over period of thirty years this morphed into a sizable retirement nest egg.  My only regret is not cutting back even just slightly on my self-indulgence in my earlier years and put more money aside, is it would have meant a much larger nest egg at this point in my life - not to mention the option of retiring even earlier.

And we're not talking about extreme sacrifices either.  I get emails from people saying "I don't want to eat ramen noodles for the rest of my life" or some such thing.  For some reason, raman noodles get picked on a lot by people who want to disavow any kind of frugal lifestyle.  I'm not sure why they pick on ramen noodles.  They probably are not good for you - very high in carbohydrates, and also that powdery flavoring packet that comes with it is usually loaded with salt and MSG.

That is the nature of the "logic" that people use.  It's either caviar or ramen noodles and there's nothing in-between in their mind.  You either go out and have a good time or you live like a monk. There's nothing between these two extremes.  And of course, we call this a straw man argument.  You set up a straw man and then you knock him down which is easy to do because he's made of straw.

But the reality is, if you just cut back by a little bit, you can save an awful lot.  For example if you go out to lunch several times a week at work, consider brown-bagging it for one of those days. The amount of money you save might not be a lot - maybe five to ten dollars or so, but over time, it is going to add up to a significant amount in your retirement account.  When you get comfortable this, think about maybe brown-bagging it two days a week and so forth.  You might also find ancillary benefits in that going out to lunch with your co-workers can be an emotional drag and also make you look like a slacker to your superiors - as usually these lunches extend for more than an hour.

Or take leasing. Many young people are lured into leasing a car because the monthly cost is lower. However the overall transaction cost is far higher, something most people realize when they try to turn the car in at the end of the lease and are socked with a lot of back-end charges.  All cars are used cars the moment you buy them.  So why not consider buying a two- to three-year-old car that is off-lease that some other idiot paid all the depreciation on and drive that instead?

A two- to three-year-old car looks just like a new car. I remember when I was at the Patent Office I bought a second-hand Camry from Avis.  I'm not necessarily recommending you buy a used rental car, but for me it was so much cheaper deal than a brand new car.  And all of my neighbors thought I had a brand new car, so if you're looking for bragging rights there really is no difference.  And realize that usually buying a new car is nothing more than bragging rights.  Just get over that and acknowledge your own human frailty - we all have the same problem.

But getting back to the Sooze, maybe this is a dawn of a new era from Ms. Orman.  Maybe from now on she'll start offering practical advice instead of going on television and telling people they're "approved" to buy things.  Quite frankly she lost me when she started going down that road.  She went from offering frugal advice to saying "you're approved" to buy a Sea Ray boat or a Buick car, after those companies sponsored her and paid her to endorse their products.

On the one hand, I don't blame her for going after the money, as we all need to make a living in this world and it's very hard to avoid the temptation of being corrupted by commercial influences.  We live in a capitalist society and you have to exploit your opportunities when they arise.

Corporate sponsorships can be a double-edged sword, as perhaps she is finding out.  Many people, including myself, criticized her for taking all these sponsorship deals as well for her "You're Approved!" television show, which cheapened her overall message and reputation.

Sadly, it seems that most people just don't get this, or at least the television people think that we don't get it.  The shouting guy on the financial Channel still screams buy and sell for various sketchy stock deals which usually end up being a raw deal for the small investor.  The other Financial channels just hype the stock price and never talk about anything else such as profitability, P/E ratios, and least of all, dividends.  You would think from watching television that the only thing that matters about a company is its market cap.  The reality is of course, that market cap really needs nothing and if you were using that as a metric for evaluating a company, you have a broken compass.

So here's to the "new" Suze Orman.  Let's hope she is going back on track to her old advice and echewing the corruption of our secular world.  And hopefully, maybe she'll find an audience for this good advice.  But I would not pay $54 for it.

But given the feedback I've received from some readers, I think that she would be better off telling people what they're approved for, as that seems to be what people like.  No one wants to hear hard truths - that's not marketable!