What is the ITC and why should it matter to you? 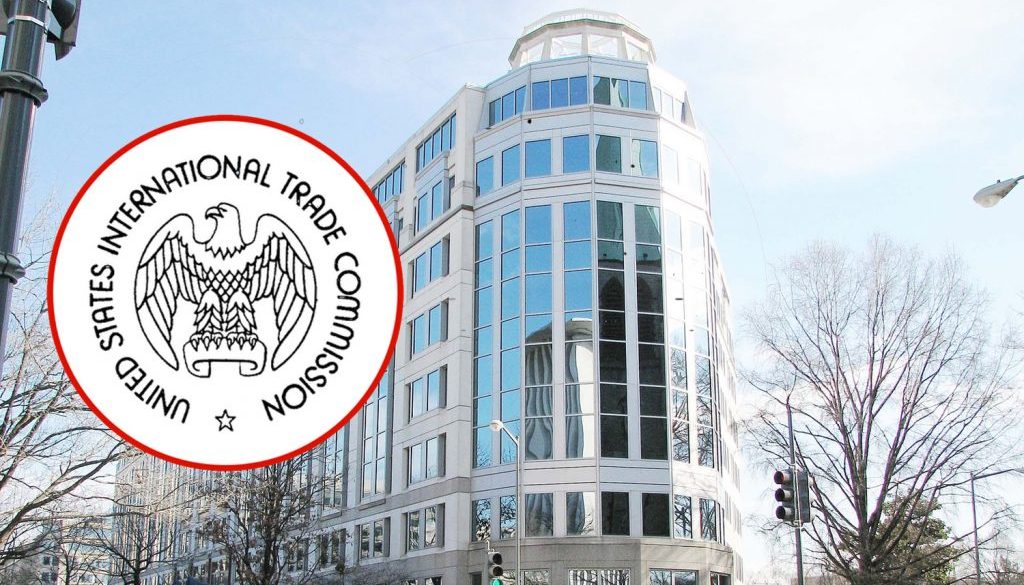 A lot of what does affect your life are small regulations and administrative decisions made by obscure agencies.  Yet, all most people concentrate on is, who is President.

When I was a young law clerk, one of the senior partners asked me to go down to the ITC building and check on 337 filings.   I pretended to understand what he was saying, but as soon as I left his office, I cornered one of the older associates and asked, "What is the ITC?  Where is it located?  What is a 337 filing?"

Like a lot of people, I had a vague idea of what the ITC was, or thought I did.  Was it some sort of international body?  What?  It turns out, it is a U.S. Government quasi-judicial body charged with regulating trade between our country and other countries.  It is over 100 years old.

There are two main sources of trade complaints, that are handled by administrative law judges at the ITC.   One is anti-dumping complaints, and the other is the 337 actions, which relate to Patents, Trademarks, and Copyrights.

Dumping became a "thing" in the 1980's when American manufacturers accused the Japanese of "dumping" their products for below cost in America in order to achieve larger market share, get a toehold in the market, and damage American competitors.  And to some extent, this was true.  Back then, Japanese would fly to Hawaii and buy electronics such as stereos and televisions and then have them shipped back to Japan because it was cheaper to buy these things in America than in their home country.

Japanese cars were startlingly cheap and loaded with accessories.  The smart and lucky few who bought Hondas and Toyotas in the early 1980's found they could sell the cars for more than they paid for them after a year or two of use.   Of course, once they established market share, Honda, Toyota, et al., raised their prices to above that of American cars, as their reputation was established and people were willing to pay more for a quality car.

In recent years, there have been at least two anti-dumping complaints filed against Canada for softwoods.   Construction lumber is harvested in Canada and sent across the border to build houses in America - undercutting American lumber prices.   The allegation is that the Canadian government subsidizes the industry there, making the prices below cost.   Whether you agree with this or not, I am just using it as an example of how anti-dumping complaints work.

You may recall the Obama-era complaint filed against Chinese tires - slapping a huge duty (like 50%) in their tires for a limited time.   American producers used this opportunity to raise prices, rather than increase market share.  Once the duty expired, well, tire prices dropped somewhat and the Chinese are once again flooding the market with cheap tires.

One of the funniest complaints I read was from Mercury Marine, which filed an anti-dumping complaint against Yamaha, claiming that the latter was "dumping" powerheads for outboard motors in the US market.  The ITC went along with a preliminary injunction until they deliberated the case and realized that the main market for these powerheads was Mercury Marine itself, who bought the powerheads back then and installed them in their own engines (after painting them black, of course).  It sort of illustrated how these ITC cases can be idiotic sometimes.

The 337 actions are brought when dealing with issues of intellectual property.  And for an Intellectual Property holder, they can be expensive but powerful. Unlike an infringement lawsuit, brought in Federal Court, which can take years to litigate - and then provide only monetary damages, a 337 case can be decided in months - and in fact has to be decided quickly, by law.   And the remedy isn't money damages which can be reduced on appeal but the right to have the Customs agency exclude the product from the US market by impounding product on the loading docks.

Imagine you are Apple and someone wins such an action and all your new iPhones are impounded at the marine terminal in California, just days before your product launch.   This gun-to-the-head solution usually ends up with parties negotiating a settlement quickly.  It also means that sometimes unfair outcomes can occur.

The decisions this agency makes can affect markets dramatically.  They can put a company out of business, or create a virtual monopoly for another company - overnight.   And yet 9 out of 10 Americans, perhaps more, don't even know this agency exists or what it does.  And I can assure you, 9 out of 10 Trump supporters would say to close it down as we don't need all that government!  (while at the same time, this agency is the only enforcement mechanism for Trump's protectionist agenda).

For example, a bankrupt solar panel company has filed a complaint with the ITC asking it to nearly double the price of imported solar panels.  If this complaint goes through and an anti-dumping action is taken and a tariff assessed, it could kill off the home solar movement overnight.   And you thought Elon Musk was in charge of his own destiny.

The agency is quasi-independent, but someone has to appoint those judges, right?   And who gets appointed to these types of agencies, what their philosophies are, and what their goals are, sets the tone for how we are governed.   What goes on at agencies like this is far more important to your personal life than the play-by-play as to who is "in" and who is "out" in the halls of the White House.

But odds are, you stopped reading this posting about five paragraphs back, because policy wonkism is boring, and who is scheming against who is far more interesting (if indeed, these things reported by the press are even taking place).   Real policy decisions are difficult to understand or fathom.   Most people, myself included, have little or no idea of the extent of all the government agencies and what they are charged with doing and how they affect your life.   We have vague ideas, but little more.

And part of this problem is the press.  They get things wrong all the time.  Mainstream publications routinely print things like "He copyrighted his invention with the Patent Office" or other glaring errors, without bothering to check.  And yes, I do this all time, too.  I am not The New Yorker or The Washington Post or The New York Times.  I don't have a fact-checking department.   Of course, neither do they, anymore.

When I see this, and my quasi-expertise in this one field makes me notice the error, I immediately think to myself, "What other things are they reporting that are basically all wrong or are mis-characterizations, that I don't spot because I don't know more about the topic?"  And the answer is "a whole helluva lot" as it turns out.   In the modern era, journalism is all about making money by selling eyeballs to advertisers.  So policy wonkism is out, and "who is doing what to who" is in.

We get lots of vague articles about proposed legislation, but none of them even have a link to the PDF of the text, nor do they go into any great detail about what the legislation does.  All we get are "quotes" from "experts" who tell us what they think the legislation means.   No one goes to source materials anymore, just to "sources."

I am not sure what the point of all of this is, other than once again to point out that obsessing about "The News" is pointless, as you are being baited all the time with titillating stories designed to outrage you and distract you from the real issues in your life - the real issues that you may actually have some control over.   And as for the government, well, odds are some mid-level government employee has more impact on your life than the President and Congress put together.