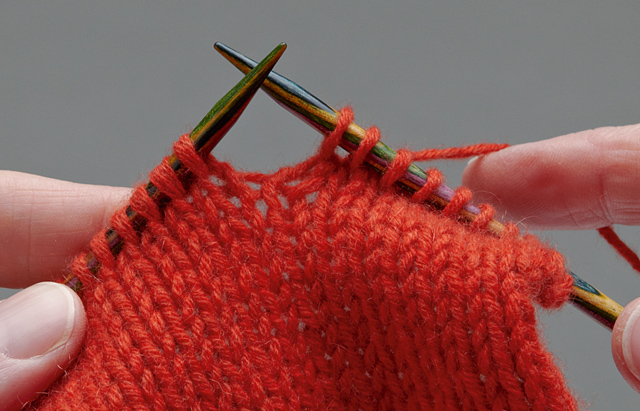 How do you break the Google Feedback Loop?  Knitting.


I noted before that the way Google, Facebook, and other online sites work is that if you search for one term, or click on a particular interest, they assume that is all you are interested in, period.   So if you click on a cat video, you will get more cat videos.  You will get ads for catfood.  You will get SPAM relating to cats.  You will likely end up adopting a cat.

And if you click on a conspiracy video or link, you will get more and more of such drivel, until one day you wake up in a cell in the DC jail wondering how you ended up there, after having shot up a pizza joint for no reason whatsoever.  You can literally be driven insane by the first ten hits on Google.

And this is very, very important, as we are seeing a polarization today among the population.  People are driven crazy by social media, fed one flavor of online kibble, and seeing nothing but red.   Right-wingers are still convinced their guns are going to be taken away and that "Sharia Law" is going to be enacted any day now.  Left-wingers are convinced that a "fascist" regime is taking over.  Both sides feel they must resort to violence in order to prevent this.   Both sides fail to realize their extreme views and violent talk (and actions) discredit their politics.

So, how do we break the loop of the Facebook or Google feedback phenomenon?   Well, one way is to get off Facebook, which I already did, ages ago.   Maybe one reason I am not as completely deranged as many of my fellow countrymen is that I am not on Facebook.   When I talk to someone, it isn't hard for me to figure out in a matter of minutes if they are a Facebook fanatic (spending all day on the site, via phone, etc.) as they tend to be very dramatic and excessive in their political views.  They don't just disagree with the opposing party - they believe a crisis is at hand, at all times.

So, today, I am going to try an experiment.   To break the feedback loop, whenever I go on any site, on any device or computer, I will first type in "knitting" in the search box.   I will then monitor what SPAM and ads appear on my computer or phone, as well as what videos and articles are recommended to me, and see how much knitting content comes up.

This also means I have to click on some knitting videos (prepare for a snooze!) and knitting articles and links.   Because these algorithms not only monitor what you search on and what you click on, but how long you are engaged (watching) a particular topic.  Maybe - just maybe - this will break the logjam on YouTube of World War II, airplane, and car videos, that seem to populate my page right now.

Of course, this could all backfire on me, and I will end up taking up knitting as a result of being programmed by the computer (remember when we used to program computers instead of vice-versa?).  Although  I am not sure it will take.   It seems all the knitting videos begin with soft piano music and some young woman cheerily saying, "Hi!  Welcome back to knitworld!" or something along those lines.   You know, it's actually kind of fascinating.

Ouch!  I've already been infected by Google!   Check the basement for pods!


UPDATE:  I have three YouTube windows open, autoplaying knitting videos.   Nothing so far.  But damn, it is so hard not to click on a video showing funny mishaps of people who try to clear tree stumps with dynamite.  So far, no knitting videos are "recommended" on my feed or appear elsewhere.  It may be that the system monitors whether I am watching the videos, the volume level and so forth.

UPDATE:  It took about 15 minutes, but YouTube recommends its first knitting video, "How to change yarns without weaving ends" - fascinating stuff.  Of course, I click on it.   Now if I just search on "pizzagate" I wonder what would happen to my brain....   I wonder how many knitting videos I have to click on before my entire "feed" is nothing but knitting.   Maybe some Facebook reader out there can try the same thing with Facebook and report back the results.  I need a new wool hat, anyway.

UPDATE:  To speed up the process, I am clicking on the "not interested" X on the various recommendations on YouTube that are not related to knitting.  I also am "removing from watch history" anything not knitting related, as well as the "watch later" section.  I also "unsubscribed" from various other channels and subscribed to some knitting channels.  On Reddit, I am going to search on "knitting" and look for r/knitting and see what happens.

UPDATE:  It has been about an hour, and already YouTube is "recommending" more and more knitting and now craft videos and channels.   There are still a lot of old airplane videos and car videos recommended, though, even though my "history" has been erased.  Clearly, they keep track of your preferences, even if you try to spoof the system.   Oddly enough, I am also getting a lot of spiritual and new age video recommendations.   What is that saying about all you knitters out there?   Also, lots of "beauty treatment videos".

After subscribing to r/knitting on Reddit, a link to a knitting posting appears on the "front page" of Reddit.   So you can see, once you indicate a preference in something, well, they just keep jamming it down your throat - and other topics move down the list.   Very interesting.   I will keep this up until their algorithms think that I am obsessed about one thing and one thing only - knitting!

UPDATE:  Success!  Nearly all of my video "recommendations" are related to knitting now.   It is possible to "remove" videos from your recommendations, and you can "tell us why" which shows how that video was pushed to you - based on a channel or another similar video you watched (Note, after a while, it stops asking you to "tell us why" for some reason).  What is scary is that some of the "recommended" videos are based on videos I watched years and years ago (how to clean the rear window on a 1997 BMW convertible, for example, a car I sold eight years ago).  This took about an hour, but videos relating to "inventions", airplanes, and cars keep showing up....  It will be interesting to see also how long it takes for knitting videos to stop showing up in my feed, once I stop clicking on them.

Now I'm headed down to Jo-Anne Fabrics to buy some yarn....


UPDATE:  An hour and a half later, I am pleased to report that all of my "recommended" videos, even those beyond "show more" area and all the recommended channels are all knitting videos.  What a beautiful thing to see.   It is also interesting that a whole bunch of golfing and golf cart videos started to show up for a while, perhaps because I posted two videos about my golf cart.  The system also seems to try to sneak in new topics, either what is "popular on YouTube" (the "aww" channel?) or some older topics you were once interested in.   My perfect knitting page now is corrupted!

I am signing up for free e-mail updates for knitting patterns and whatnot on some knitting sites.  It will be interesting to see what kind of SPAM this generates.   NOTE:  I had to erase all my "likes" for other videos as well, and "like" dozens of knitting videos as "likes" will influence the feed.  Some folks wonder why people "dislike" a video.  It isn't because they hate it, but maybe because they don't want to see more like it in their feed.  "Liking" something isn't just indicating to others your preference, it affects how the algorithm works as well.

UPDATE:   OK, it is two hours later and my YouTube feed is nearly 100% knitting.   But weirdly enough, a lot of right-wing videos and channels are starting to show up.  Are knitters fascists?    Very, very odd.  Also I am getting a lot of beauty tip videos and other videos clearly aimed at women.

UPDATE:  I think I should take a political stand against those Crochet people.   Grrrrrr!   That ain't knitting!  And don't get me started on those needlepoint people.  They think they are so great.

UPDATE:  I subscribed to every knitting-related sub on Reddit and then systematically unsubscribed to all other subs.   It's beautiful - an entire front page with nothing but knitting!   The point of this is to illustrate that once you have an interest in something, the system feeds back - you subscribe and upvote things that you see, resulting in more of the same things.   So you click on one Fox News link, it's all downhill from there.  One day you wake up and find yourself on Infowars....

UPDATE:  Those crochet people think they're so smart.  It's in the Bible, people!  "Thou shall not knit with a hooked needle, for it is the claw of Satan himself"   True knitters use straight needles.   Anything else is an abomination.

UPDATE:  There are not one, but two shows on Netflix about knitting.   Let's "like" these and see where it goes.

UPDATE:  We'll try Yahoo! and see if the "news" section highlights knitting.  I am guessing it may have ads for yarn as a result.   If I wasn't using Adblocker plus, I am sure I would see a lot more knitting content on the Intenets.

UPDATE:  After a day, YouTube suggests videos relating to software.   Hmmm.... I am trying to figure out where they got that idea from.   A blog entry?   An e-mail?  My search history?  Or just random?  I politely decline.  When I refresh the screen, they try "paper crafts", "good housekeeping" and so forth.  Boy, there are a shitload of knitting videos out there.   And I though YouTube was just plane and car crashes!

UPDATE:  It has been a few days now, but YouTube is now recommending videos related to those on my channel.  One on knitting, one on "cleaning your windshield with steel wool" both based on my Casita/RV videos.   Another is on dovecotes.   To make this experiment work, I would have to create a new "clean" ID on Google with no interests or background.

It also is recommending a slew of music videos as well.   These contain ads, so I think Google is going after ad money.  Few, if any, knitting videos have ads in them.

It is interesting, though. YouTube's algorithm "strays" away from the core interest over time, particularly since I haven't been clicking on the knitting videos as of late.   I will let it drift and see where it goes.  How many days before it "recommends" Infowars?
Newer Post Older Post Home