Does Smoking Make You Poor or Does Being Poor Make You Smoke? 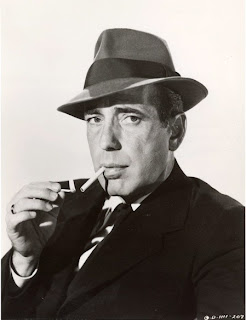 Smoking was once considered glamorous, but today in the US is considered something only lower-class people do.


A recent article in the Washington Post notes that smoking today is really only popular among the very poor.   They call this a "crisis" as the rich have stopped smoking largely while the poor continue to do so.   Even when things get better in this country, the Washington Post calls it a "crisis".    Maybe this is a sign of progress that overall, fewer people smoke these days.   Just a thought.

Again, those on the Left would chastise anyone for even raising the issue.   The poor are not to blame for their predicament!   And maybe to some extent this may be true.  There is a correlation between poverty and intellect, and if you are born in a neighborhood with lead in the soil or the paint, or your mother was a drug addict, or you have fetal alcohol syndrome, you do start out life at a severe disadvantage - perhaps one than you can never overcome.  It doesn't help matters any that you are raised in an environment where education, reading, reason, and intellect are not only not valued but often punished by both your parents and peers.   And it goes without saying that educational opportunities are very limited.   The rural trailer park or inner city ghetto, it makes no difference, the disadvantages you have in life are very similar - which is why poverty is concentrated in those two areas.

And it is why moving away from such places is often a good idea, if you have the intellect to grasp that concept.   It is why the people I've met in life who have heroically raised themselves up from poverty did so by first moving away from the ghettos of South Philadelphia or the trailer parks of West Virginia.   Live in a poor place, odds are you will remain poor.  The normative cues are horrifically bad, and the opportunities are limited if not just non-existent.

Smoking has devolved from what was once considered a glamorous pastime indulged in by most of the population, to a marginal activity that only the poor practice.   Cigarettes have been taxed to death to the point where they are almost more expensive than marijuana, and yet the poorest people in our society still smoke.  Does being poor make you smoke, or does smoking make you poor?  Like any other poverty-behavior, it perhaps is a little of both.

Since cigarettes are so damn expensive, smoking them will make you poor.   When we used to go to the "Indian" gas station (where the local tribe sold cigarettes and gas, tax-free, but not on the reservation!) we would see people roll up to the pumps at 45 MPH and slam on the brakes in the most clapped-out cars imaginable.  They would then put $5 of gas in the car and run inside to pay (no credit card) and buy $20 worth of cigarettes.   I recounted before how one lady was waiting at the counter to pay, with two scrawny children who were begging her to buy them candy.   She said, "No, kids, Momma needs to buy her cigarettes!"   People have priorities, I guess.

When you have very little money, squandering what little you have on cigarettes is going to make you that much poorer.  But there are ancillary effects as well.   Cigarettes will cause you to have poor health, which means days missed from work, eventual illness, and an early death.   Granted, much of the cost of the health care for cigarette smokers is handled by health insurance, medicare and medicaid, and unpaid and uncollectable bills the hospital has to swallow.  But there are real costs to the smoker as well - and their family.

When I was a kid, my Mother smoked - like a chimney.   She also drank a lot, probably even while pregnant.   Fetal alcohol syndrome - a middle-class thing back then!   My Dad smoked until his father died of lung cancer.   Everyone smoked back then, but of course, my family was only one or two generations removed from white trash, so maybe that was another aspect of it.

Today, smoking is seen as stupid.   Something only a dumb teenager who is trying to "rebel" would think is keen.  And maybe that is another aspect of poverty that we don't talk about.   A lot of people don't like to follow good advice because they don't want to be told "what to do!"   Michelle Obama suggests eating right, and people on the far-Right (who are generally from the lower classes and not very bright) get up in arms that they are being tyrannized by broccoli.

I remember seeing this when I was in school.   The kids from the poorer families would do stupid things, like smoking, skipping school, committing petty crimes, and getting into trouble.   They weren't very bright, and part of their not being smart was ignoring good advice from their elders.   After all, only dweebs obeyed the rules, right?   But you start to see, after a while, why people give good advice or why there are rules - they are not there just to inhibit your actions, but to protect you.

Not driving 55 in a 30 zone is good advice, not just because you will get fewer tickets, but because you'll be less likely to get into a wreck.   And guess who drives like a freaking maniac all over the place?   Yup, the poor.   "Drive it like you stole it!" is their motto.  And when I was younger and poorer, I did too.

So there is this direct connection between intellect and poverty.   You can come from a wealthy family and still end up dirt poor, if you are stupid.   Well, Eric Trump notwithstanding.  You can come from a poor family and end up wealthy, if you have half a brain.  The problem is, of course, that if you are born into poverty, your brain may be damaged by the health issues of your parents (drugs, alcohol, smoking) or your environment (living near a waste dump, air pollution, lead paint, etc.).

But I think compounding this is the poor normative cues one gets from living in an impoverished area.   If your parents smoke or worse yet, you are goaded into smoking by your peers (who dismiss advice not to as being "for sissies" or whatever) you are going to take on a lot of poor (in every sense of the word) habits.

The wealthier kids are going to get different normative cues.   Mom and Dad go to the gym or exercise regularly.   They eat healthier foods and think about their diet.   Today, they wouldn't dream of smoking.   They live longer and live healthier and this rubs off on their children - or can.   The sad thing is, as I have noted before, that some kids from wealthy homes will throw this all away in a fit of teenaged angst.  They rebel against their parents' values, simply for the sake of rebelling.

And I saw this in my generation.   Like I said, my parents were one or two generations away from abject poverty.   My Mother's Dad clawed his way up the ladder, working his way through college and law school, to move from Brooklyn (which was not the trendy hipster place it is today) to Larchmont.   My Dad had to find his own way as well, as his Father was a ne'er-do-well whose own brothers threw him out of the family business.

My older siblings largely threw away this hard-fought and hard-won advantage by latching onto the "hippie" movement of the time, doing drugs and renouncing "materialism" as bourgeoisie - even after the rest of the hippies gave up on it and decided that taking care of yourself and not living in squalor were not bad things, but social goods.

But once again, I digress.

The point is, there is a  correlation between smoking and poverty.   And maybe that is not necessarily a causation, but there is a link.  But perhaps if one stopped acting poor, they might end up not being poor.